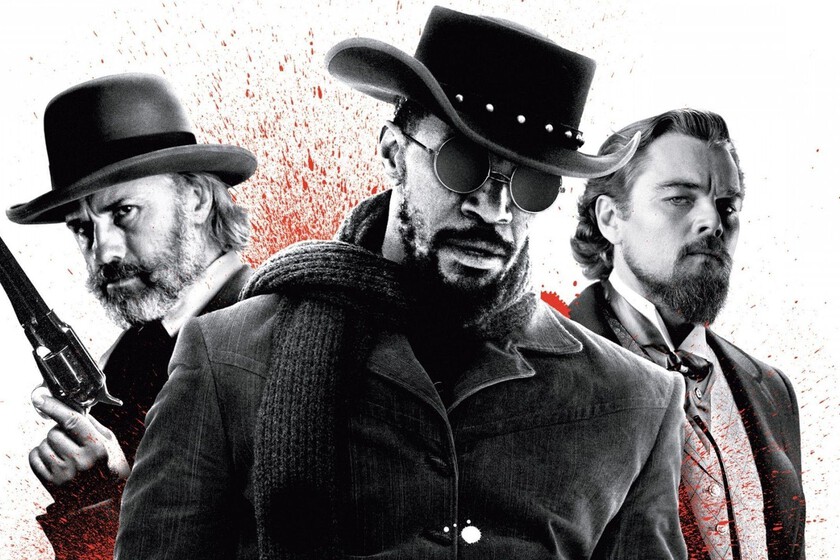 The greatest success of the entire career of Quentin Tarantino is ‘Django Unchained’, since the film starring Jamie Foxx It had a worldwide collection of 449 million dollars, being, by far, the highest grossing work of the director of titles as remembered as ‘Pulp Fiction’ or ‘Inglourious Basterds’.

The germ of ‘The Hateful Eight’

Surely that helped Tarantino make the decision to launch a sequel that was initially born as a novel and was going to be titled ‘Django in White Hell’. However, the filmmaker ended up discarding that idea and transforming what was written into ‘The Hateful Eight’, noting the following about the process:

I hadn’t written any novels before, so I thought I’d give this Django paperback a try. At the time it was called ‘Django in White Hell’. And it was basically, you know – so I started writing – and it was basically the stagecoach stuff, you know, all we have in the stagecoach story, instead of Major Warren was Django. And he was working on it and he hadn’t gotten to Minnie’s Haberdashery yet, he hadn’t figured out who the other people would be there, he was just putting this mystery in place.

The problem is that there was something that did not quite fit to Tarantino and ended up discovering that it was Django himself. And it is that he was born as the protagonist and ended up becoming the great stumbling block for what the director was looking for, as he himself explained:

Suddenly I realized that the only thing that didn’t work in the story was Django. There should be no moral center. I figured it had to be a room full of bad people and you couldn’t trust anything anyone said.

However, this has not been the only attempt to continue expanding the Django universe, since in 2015 it began to be published ‘Django/Fox’a crossover in comic form that has also been close to making the leap to the big screen with Foxx taking up the character in question.

Tarantino hired in 2019 Jarod carmichael to write the adaptation that the director of ‘Jackie Brown’ had done in collaboration with Matt Wagner. Additionally, both Tarantino and Foxx commented on their desire that Antonio Banderas reprise the role of Zorro.

The problem is that Tarantino announces many projects that later end up being left aside and it took only a few months until he made it clear that ‘Django/Zorro’ was not a priority at all, so everything indicates that the thing will finally come to nothing. And it is that having already passed 10 years since the premiere of ‘Django Unchained’ and the director’s plans to retire soon, it gives me that it will never finally have a sequel. At least with him behind the cameras.

Stranger Things 4 – Volume 2 (2022) review: The ending is epic and leaves you wanting more, but the Netflix series is reluctant to take the last step towards greatness

the halftime season is dressed in high boots (and sweeps Instagram)