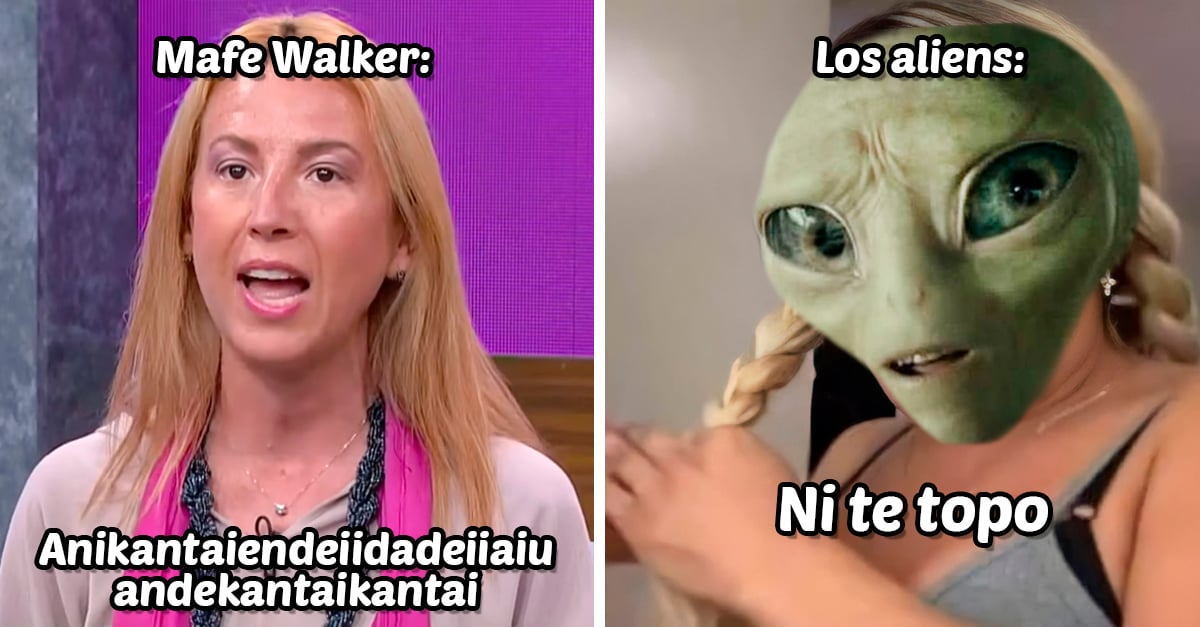 For years various characters have appeared who claim to have communication with species from other planets or who receive vibrations from other dimensions, assuring that they are the means that these beings have to send a message to people on Earth.

Recently, who has become popular on this topic is Mafe Walker, a Colombian woman who became famous when she opened her TikTok account with a video in which she claims that it is the communication portal between extraterrestrial life and humans.

What most caught the attention of all users of the platform was not the message that the girl said, but the peculiar way of doing it, since far from causing interest, it caused a lot of laughter and gave a lot of material for creative Internet users to generate a series of funny memes about it. Since we like to make you laugh, here is a list of the 15 best memes of the girl who speaks alien language.

1. I would not have endured so much

2. Not even he dared so much

It is urgent to walk well Mafe Walker https://t.co/7HTqAqW8VB

4. There can be no other explanation

Mafe Walker and her alien language can only have one explanation 🫢👇🏼 pic.twitter.com/7tyVyzthve

The one who invited Mafe Walker to come the joy: pic.twitter.com/3q3wIXb8Up

I was craving some fire chips, or as Mafe Walker would say:

7. Mija, they don’t even run into you

The aliens trying to understand what Mafe Walker says pic.twitter.com/kGf0i2W1GS

9. Carmelita, always ahead of her time

In a program ahead of its time “Even in the best families” had already shown us the “Alien Language” that Mafe Walker spoke in Venga la Alegría. They taught us to cure a child of empacho. pic.twitter.com/sIAx3FQEs5

10. I bring you a message from Mars

The only good solar frequency of the Mafe Walker. pic.twitter.com/ksBVDkJZPR

A character from Spider-Man: No Way Home will return in Ms Marvel