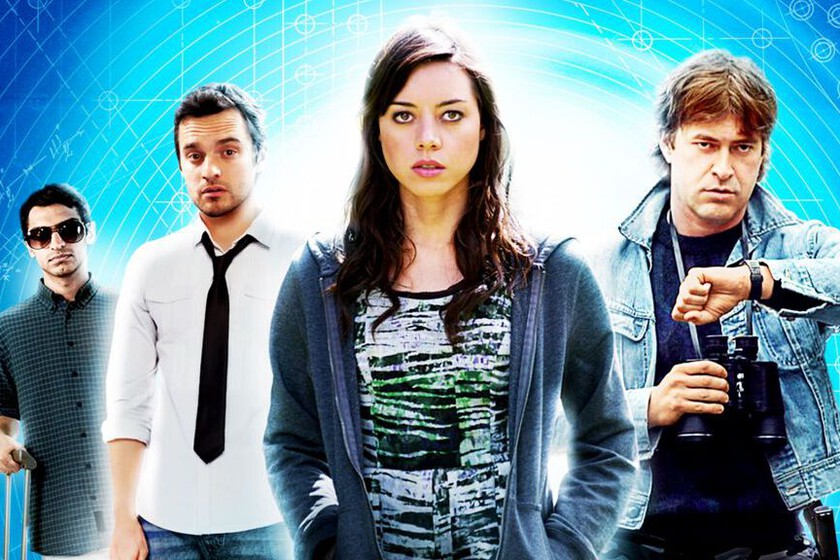 ‘Safety Not Guaranteed’ (Safety Not Guaranteed) was an indie film with which the director of ‘Jurassic World: Dominion’ (2022), Colin Trevorrow, debuted ten years ago. Surprisingly, Not very similar to his dinosaur movies, it’s part mystery, part comedy, part sci-fi, and a drama.all in an entertaining, low-budget package that screened at the 2012 Sundance Film Festival, where it won the Waldo Salt Screenplay Award.

Darius (Aubrey Plaza) is a disaffected young woman with no particular outlook or life ambition. She works in the offices of a lifestyle magazine in Seattle, but lacks the drive to get a better paying job. She has reasons to be depressed, though we won’t know why until later. Everything changes during a brainstorm for new items.

Writer Jeff (Jake Johnson) recruits Darius and fellow geek Arnau (Karan Soni) to accompany him to the seaside town of Ocean View, where someone has posted the following classified ad in the local newspaper:

Wanted: Someone to go back in time with me. This is not a joke. They’ll pay you after we get back. He must bring his own weapons. I’ve only done this once before. Security not guaranteed.”


In the real world, those same lines started out as a fake advertisement in Backwoods Home Magazine in 1997 that he used the same post office box as the magazine’s editor, who thought it would give away the prank. However, the “Safety Not Guaranteed” ad became a cultural phenomenon. The management received thousands of letters in response to the time travel ad. The ad was featured on ‘The Tonight Show’ with Jay Leno and was repeatedly discussed on the Car Talk radio series.

Based on a real ad

It later became an internet fad, so the film imagines that someone had seriously done it and several other people decided to find out what it was about. Derek Conolly, who will accompany the director in his galactic and Jurassic adventures, wrote a first draft of the script as a buddy comedy, but later rewrote the lead role with Plaza in mind, after seeing his performance in ‘Funny People’ .

Wanting the ad writer’s permission to adapt the concept into a film, Conolly eventually tracked down Silviera, who gave him her blessing, as she was particularly interested in the concept because, according to him, “There was something really sad about it all. What if you are really regretting something from your past that you want to go back and fix? That was what caught my attention.”

Jeff’s stated mission is to investigate the author of this ad, whether it’s to expose a prankster or profile a real wacko, but in reality, he’s planned the trip as a little excuse to spend a vacation on company money. Meanwhile, the interns do a great job of tracking down the mysterious time traveler. He’s a local supermarket clerk named Kenneth (Mark Duplass) and he seems genuinely convinced that his mission is real and on the right track.

From mumblecore to mainstream

This brings us to the big question of the movie. Is Kenneth crazy or will the time machine work? Regardless of the answers ‘Safety Not Guaranteed’ Is An Emotional Ride Complete With Excellent Performances overall, with photography and visual style that are pleasing to the eye, and a soundtrack that is modern without becoming self-conscious. In addition, the characters are excellently written based on stereotypes (the freaky, the cool girl with problems, the smartass…).

But they all act consistently with their characters, especially Plaza in his first leading role on film. Known for her television work on ‘Parks and Recreation,’ her unique style makes the transition to the big screen seamless. She has a sardonic and tired presence that fits in a surprising way with the idea of ​​time travel, caught as she is between past evils and a future promise that may never come. Plaza turns Darius into a human being with a questioning innocence that takes on Arnau’s seeming ambivalence, Jeff’s cynicism and, perhaps, Kenneth’s doubts.

Plaza and Duplass are the best of ‘Security Not Guaranteed’ and it is better not to comment much more than what happens in the third act so as not to reveal any surprises. The film was listed as “one of the most influential films of the last decade” in terms of its effect on the industry. cinematic. Costing less than a million dollars, it was part of the mumblecore movement, but it remains one of the first examples of an independent film that caught the attention of Netflix, foreshadowing the role of streaming in the creation and distribution of films and the role of their directors to deal with big blockbusters.

How much do you know about their early years as a group?

BTS songs to remember the early years of the group