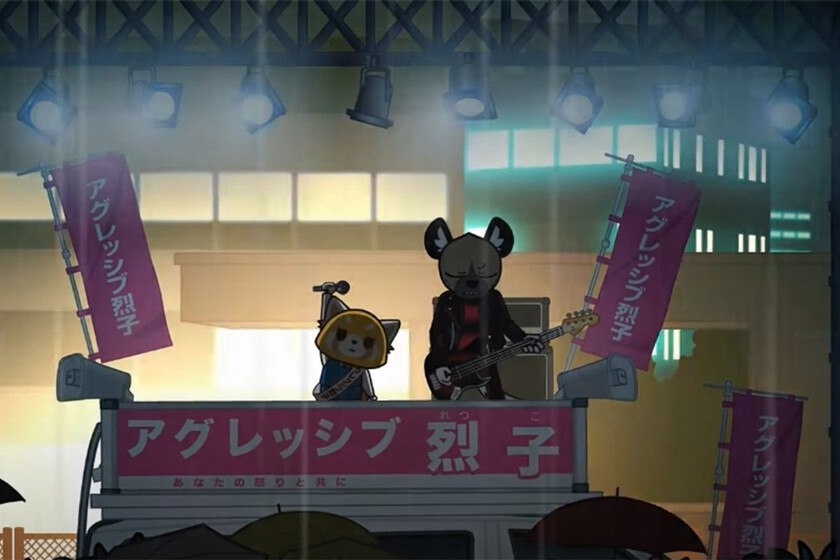 With all the cancellations that have happened lately on Netflix, ‘Aggretsuko’ It had us a bit worried. In the end, the anime will have a fifth season on the platform to close the story of our favorite metalhead red panda, and it seems that the new chapters are going to be quite intense.

when you start to see ‘Aggretsuko’ From the outset it seems that it is going to be a very cute series with animals, until reality hits you head on when you have a few chapters. Workplace harassment, anxiety, existentialism, embezzlement, heartbreak… The truth is that everything has happened, and now what we have left to see is how the end of the series is resolved.

It had already been confirmed that the fifth season of ‘Aggretsuko’ would premiere in February, and now Netflix has set the final release date for the next February 16th.

In addition to the new trailer, with the release date a poster has also been revealed that seems to confirm that we will have a massive concert to say goodbye in style to Retsuko, Haida and the rest of the characters.

Plus, what will happen between Retsuko and Haida…? Check out the final season of Aggretsuko on Netflix starting Feb 16! pic.twitter.com/eVO53MTyXM

Suspicious (2022) Criticism: solvent thriller on Movistar Plus+ that tries too hard to maintain doubts around its protagonist

This is what you should know before reading AXE: Judgment Day

Sharing Federer’s last match will be “historic” for Nadal

Is RM the most handsome man of 2022? The news that caused a stir

This was Shakira’s relationship with the wives of Piqué’s friends; didn’t they want it?