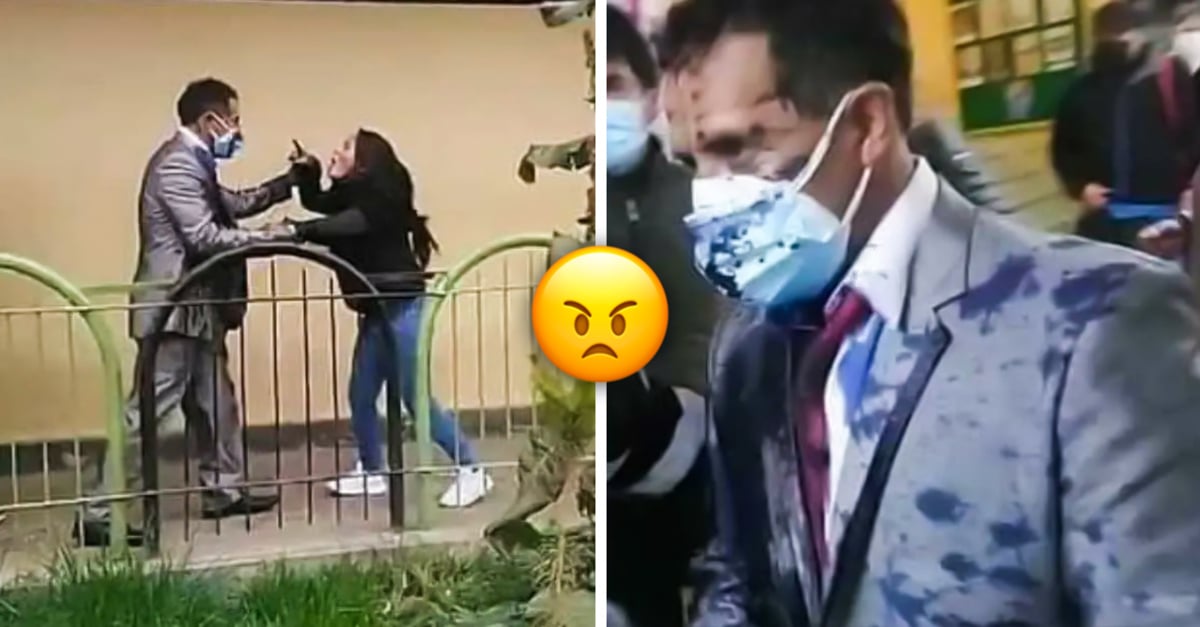 Every father has parental rights that allow him to develop and maintain a good relationship with his children, but he also has obligations, such as the legal obligation to support them financially, especially in the absence of the mother. Disregarding the children can cause a fracture in the relationship, bringing with it serious family conflicts.

This was what happened in Pasco, Peru, when a 21-year-old girl and her three brothers interrupted what would be her father’s second wedding. Her father completely abandoned them when her mother died, and the four brothers decided that the best way to express their anger would be to prevent their father from marrying another woman. The unusual event went viral on social networks like Facebook.

They ruined his suit…and his wedding!

It turns out that the irresponsible father, Adrián Chamorro, was in the Civil Registry of the Provincial Municipality of Pasco, about to get married, but he did not expect that the ceremony would be interrupted by his children who showed up with everything and banners with the intention to confront him, but also to attack him, well, they carried buckets of blue paint that they did not hesitate to throw at him; They not only ruined his suit, but also his wedding. And as? With a tremendous uproar!

While this was happening, the older sister claimed that she was the one who took care of her little brothers, since he had completely disregarded them after the death of their mother, five years ago.

I just want him to take care of my brothers. He says that he doesn’t have money to feed them, but he does have money to get married.

The police had to intervene

As if that were not enough, the girlfriend had to flee the place, as she was also attacked along with some workers who tried to defend her. Such was the level of the brawl that the police had to intervene, protecting Adrián to prevent the situation from getting even more out of control. After several minutes, the spirits calmed down and the uninformed father was able to leave the place. It is not known with certainty if the wedding managed to take place, or if the family reached an agreement.

In social networks, users sympathized with young people, describing their action as brave; In addition, they criticized the selfish attitude of Adrián, who decided to abandon his family to start a new one. How about?

Cristiano Ronaldo does not drink alcohol for this reason: “My father was an alcoholic”

Woman ate bone remains to survive and is now a judge

If I crash and I am at fault, can car insurance cover the expenses?

All the knitted sweaters that we will wear when it cools down are on sale at Cortefiel (spoiler, they will sell out soon)

They get engaged during a My Chemical Romance concert