OV7’s Óscar Schwebel assumes he is an androgynous person 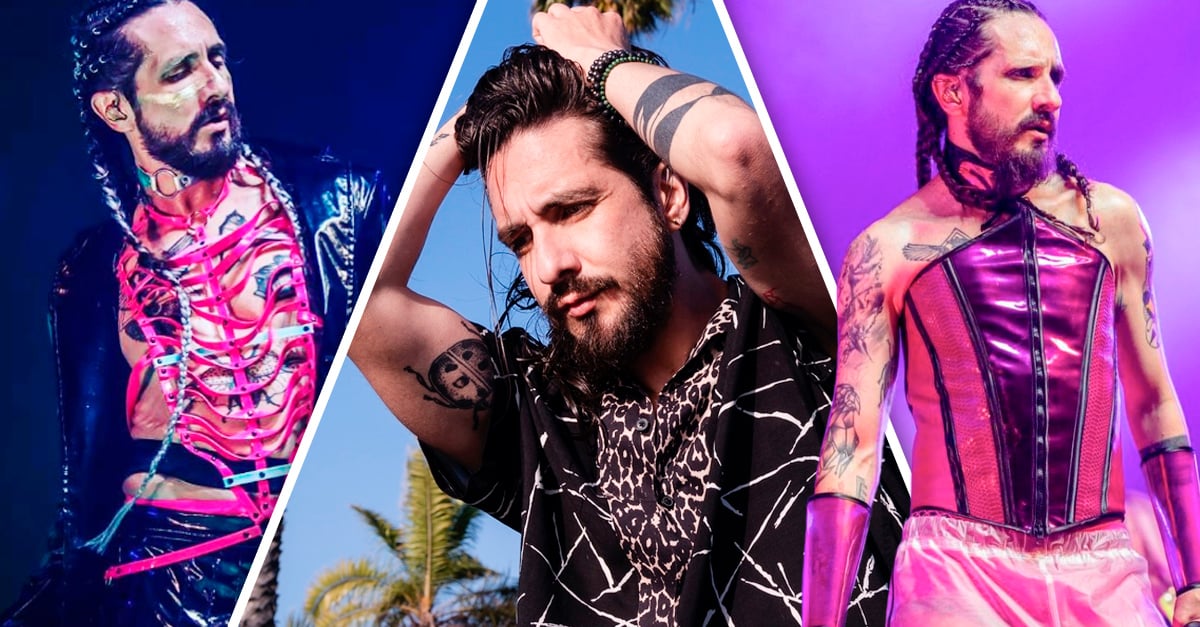 For some time now, the change of image of singer Óscar Schwebel, a member of OV7, has attracted the attention of the media, since in the series of concerts that the band has offered for its tour Thirty years He has been seen wearing somewhat extravagant clothing. She recently gave an interview for an entertainment program where she was questioned about her makeover.

In this interview, the singer revealed that he is an androgynous person and that is why he likes to show himself in feminine clothes on stage and on social networks. Although he stressed that he is still a cisgender person, that is, his gender identity and expression coincide with the biological sex that was assigned to him when he was born, that is, he is a heterosexual person.

I consider myself a cisgender person, I am a heterosexual person, but in terms of my aesthetics I have no problem dressing as a girl dresses.

In addition to this, the interpreter assured that this taste arose as a result of his fanaticism for great exponents of music such as David Bowie, Lou Reed and, above all, for the paraphernalia of the genre. glam rock. In addition, he added that he usually dresses like this because he is not afraid of wearing women’s clothes or painting his nails, lips and eyes, since that does not define him.

I think that a garment does not define me, simply and simply I go into a store and sometimes I find women’s clothing more fun than men’s clothing, which I find quite boring.

On the other hand, Óscar also assured that his wife Gina agrees with his choice by dressing like this and even lends him clothes. In addition, the singer mentioned that she is the first to recommend clothes to him, thinking that they would look great on him.

Finally, when questioned about the use of high-heeled shoes, the singer argued that he once tried to use them in the band’s rehearsals, but after taking a few hits, he decided not to wear them anymore. Those heels aren’t as easy to wear as they seem, are they girls?

Barry Keoghan was nominated for an Oscar, why so far?

Vans signature, have XXL platform and are almost half price

Brazil is number one in FIFA; Mexico out of the top 10