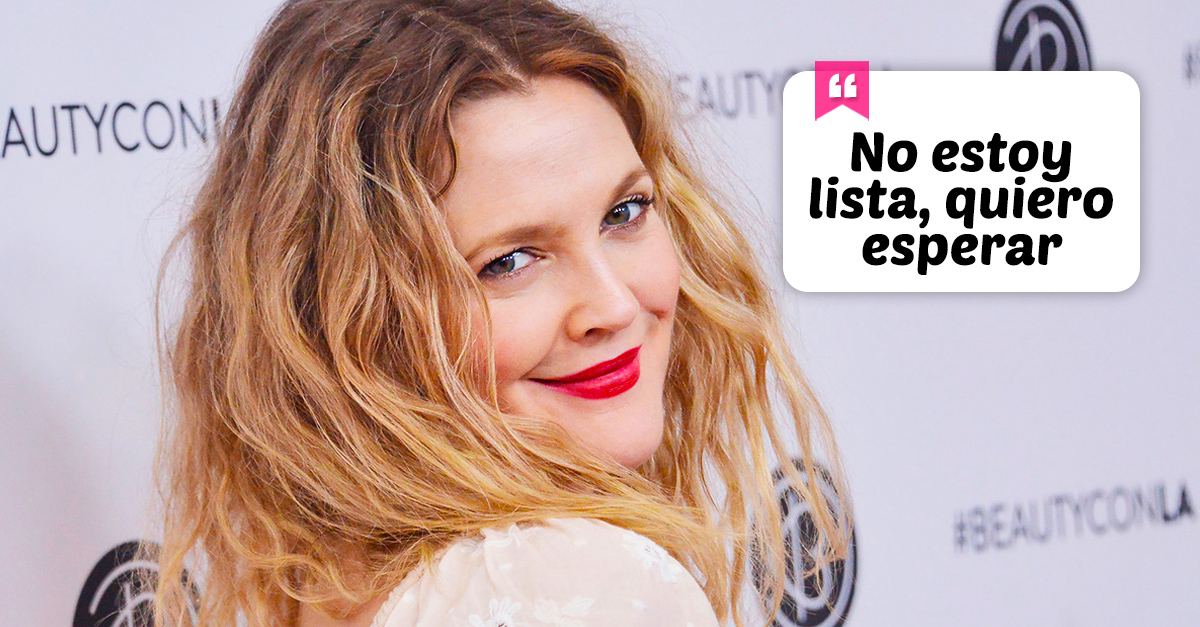 Being a single mother and having to work at the same time as raising children and supporting a home is not an easy thing, and that is why actress Drew Barrymore spoke in an interview for CBS about her own experience.

In this interview, he showed how happy he is to see his daughters grow up and achieve their dreams. But she also opened up about her experience trying to date as a single mom, a topic that tugged at her heartstrings after admitting she’s not ready to take this step as she’s focused on her daughters and their well-being.

In an interview for CBS with Bobby Berk, Drew Barrymore opened her heart and tearfully admitted “not knowing how to date as a single mom.” The last two years he has tried to meet someone, but hasn’t found someone he can introduce to his daughters Olive and Frankie.

I have two little girls, and I think I don’t want to bring people home, I haven’t gotten to that point yet. I think it would take me a long time to get to know someone, and I want to get to know them well before I could introduce them to my daughters.

Let’s remember that Drew was married to Will Kopelman from 2012 to 2016, and since then, their separation and healing processes have been different. Drew has focused on her daughters, while Will gave love a second chance and married Alexandra Michler, fashion development director at Vogue, in 2021.

The father of my children happily remarried the most wonderful woman in the world. My daughters have an extraordinary stepmother. Our processes have been different. I’ve been saying that being single is my choice, you know, I’m not ready, I want to wait. Oh, I didn’t notice and said out loud that I don’t know how to date someone with daughters.

After her words, Drew could not help but break into tears and Bobby Berk tried to contain her by telling her that “talking it out loud is the first step in learning what it’s like to date someone as a single mother.”

Drew appreciated her words, and Bobby told her not to be hard on herself, because her words spoke of all the love she had for her daughters. For her part, the actress ended the interview by admitting that she could live with someone again, but now she has children and will never, never, never marry again. However, this does not mean that she has closed her heart to her love, only that she has not yet found the ideal person, the one who deserves to be part of her life and that of her daughters.

What are mom jeans, how to combine them and different ideas to wear them with style

Tanaka and Mitoma: the "super champions" of real life

gala 14 confronted a couple, their mothers and collaborators before a surprise expulsion