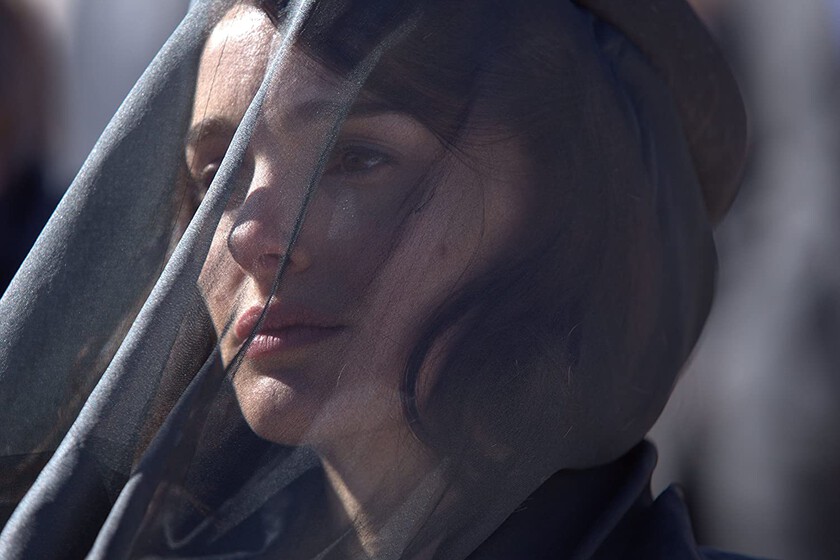 Legacy building becomes very important to some. There are people who try to do it, albeit unconsciously, through the creation of offspring that, they hope, give continuity to some ideas or heritage. The few, they try to ensure that the legacy is continued with a good placement of the pieces that make up its trajectory. Although they are relatively recent -within the millions of years of history that we have-, biopics are one of those pieces.

That is why most tend to rigidity. A follow the same conventional structure and, almost always, avoiding more thorny issues so as not to stain the figure in question. That is why a film like ‘Jackie’, starring an immense Natalie Portman and which has been incorporated these days into the HBO Max catalog -although before we could already enjoy it through Prime Video and Filmin-, is so refreshing and unique.

Let them see what has been done

Portman gives life to Jacqueline Kennedy, the First Lady of the United States during the mandate of John F. Kennedy, violently interrupted with an assassination in Dallas in November 1963. The film focuses on the days after the murderin how Jackie not only processes the death of her husband but also tries to be aware of how it affects her children and how the country reacts to the death of its leader.

It also follows the uncanny determination that guides her to help shape the late president’s legacy, that his term not only be tainted by one final tragedy but that Kennedy’s name have a meaning that will be remembered for generations. The film has different jumps between the events of those days, as well as some trips into Jackie’s past to give us a better understanding of her state of mind during these events.

But do not expect the classic story of overcoming, of aspiration and of growing from a very young age to the climax, with several well-measured ups and downs. What Pablo Larraín does avoids classic conventions of this kind of film, wanting to do a more thorough character study and even try to reflect a state of mind. Through formal and narrative daring, he creates an interesting exercise that he later also developed -even more successfully- in the recent ‘Spencer’.

With this, he does not focus on reflecting the life of an interesting and historically relevant woman, but rather wants to reach the emotional complexities derived from grief. ‘Jackie’ comes to be an interesting funeral song, as devastating as it is also strangely elusive. Many times you notice how it slips through your fingers, even though you can’t stop looking at it for a single second.

To this, of course, a really excellent Portman contributes. Despite the fact that he already accustoms us to standing out in any project he joins, and his mere presence already guarantees us something unusual or expected, he achieves something truly exceptional in the construction of this complex character.

Filmmaker and actress manage to collaborate wonderfully in a challenging and perhaps imperfect work, but preferable to the umpteenth well-off film that seeks to please the historical figure of the day or his heirs.

Clarissa Molina models sitting on the floor, showing off her figure in a nude bodysuit