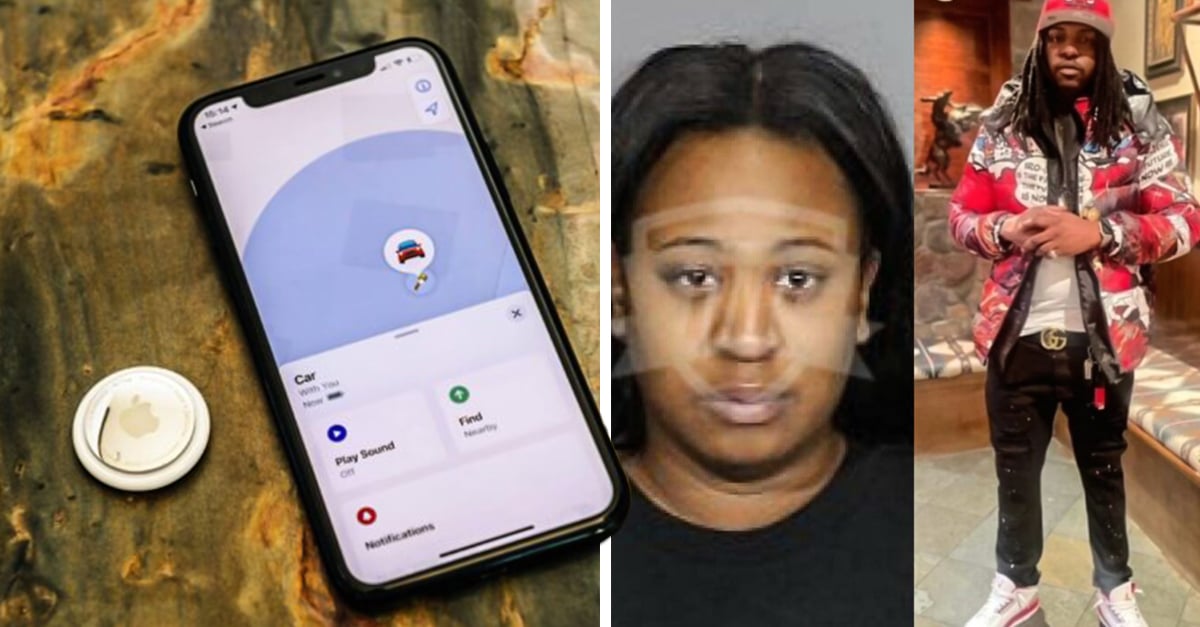 Insecurity is an issue that affects all of society equally, that is why, with the help of new technologies, some companies have dedicated themselves to designing and creating tracking devices to locate a lost object or device, there are even those who have arrived to use to locate a person.

Just like this American woman did, who used an AirTag, an Apple-branded tracking device, to locate her boyfriend, as she suspected he was cheating on her. After following him and confirming that her suspicions were correct, she ran him over and the man died immediately.

The protagonist of this unfortunate story was identified as Gaylyn Morris, a 26-year-old woman from Indiana, United States, who after tracking down and following her boyfriend Andre Smith, also 26, found him in an Indianapolis bar with another woman, so they started arguing about it.

According to information presented by the witnesses of the place, the dispute began inside the bar, where Morris threatened his boyfriend’s lover with an empty bottle of wine, which is why the owner of the bar asked them to leave the place. Getting out of it, upset by what happened, the woman got into her car, rammed Smith, accelerated and ran him over.

After the impact with the car, the boy fell to the ground and, immediately, Morris backed up and ran over him, then went forward and hit his partner again.

After running over her boyfriend, the girl tried to run over the other woman, but the police were already on the scene and were able to prevent her from fulfilling her purpose. When the paramedics arrived at the scene and checked the boy, they realized that he no longer had vital signs.

Fortunately, the woman was arrested at the scene and although no bail has yet been set to release her, according to reports from the Marion County Superior Court, Morris will be charged with murder during a hearing on next June 23 at 1:00 pm local Indiana time.

Guy ran after receiving marriage proposal from his girlfriend