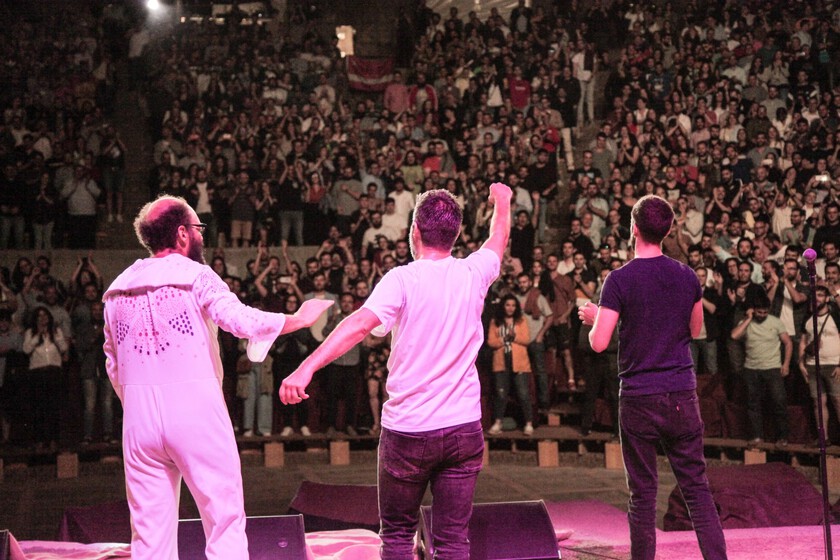 Almost a decade has passed since the start of ‘Modern Life’, the program that for a few years revolutionized everything we understood as radio, television and YouTube. They never returned to what they were in their beginnings, but David Broncano, Héctor de Miguel (former Quequé) and Ignatius Farray managed to square the circle: make radio matter again for a segment of the population that no longer listened to the radio based on great responses, to found their own country and base their entire existence on the wildest commedia.

We are all rancid

In his heyday (seasons 1–5), ‘Modern Life’ was pure television as it had long since refused to be: innovative, surprising, breaking barriers, skirting the limits of what can be emitted and very, very pure. After 1000 episodes, the show has come to an end true to his own style: with a shadowy program (a sashimi), without any grandiloquence or epic, leaving for the collective memory that for a few years it was everything.

‘Modern life’ was the mirror in which dozens of entertainment programs have looked (‘La Resistencia’, without going any further, is only the natural continuation of the radio version). Without ‘La Vida Moderna’, it is possible that our audiovisual ecosystem would be very different. And if they don’t want to give themselves a big ending, we will. singing the first big peach of his star character from the golden age: Rancius.

When the rest of the comedy programs in Spain were going around the same concepts over and over again, in ‘La Vida Moderna’ set up their own country. On May 15, 2017, the program was broadcast in Valdelagua, a small town for which they only gave the GPS coordinates, waiting for ten people from the public: the town was filled to the brim and together they decided to found moderdony.

It had a flag, enemies (Antiguonia), ministers and even own hymn. For a time, they even dropped the fact that, as ‘Noche Hache’ did in its day, would stand in the European elections. And it wouldn’t have gone wrong.

A year later, after another live show that got out of hand, they decided that Moderdonia ended its path as a state (mental). It coincided with the decline of the show. The chance.

Perhaps the best program of this decade was one that started from the simplest premise: Ignatius Farray had to leave before the recording to shoot season 2 of ‘El fin de la comedia’ and came in by phone to announce, as if it were just another program. From that moment on, and for 34 minutes, an authentic odyssey begins on the way between the subway, the taxi, the anger, the interviews with gothic girls and the deaf scream. Everything becomes -as Doctor Cavadas defined them- a wonderful opera buffa.

Ignatius, from Mister Chaman to Elvis Canario passing through Pollito de Troya or Sir Archibald Percival, has been the soul of the program even when the other two presenters were more into their personal projects. If the thing has endured for a thousand episodes it has been because of him. And luckily, because we wouldn’t want to have wasted moments like that section where he ended up flirting… well, you better see for yourselves.

The show where anything could happen

Many of you may be thinking that it was just three people goofing around with microphones nearby, and you may be right! But ‘Modern Life’ was much more than that: It was television on and off television, radio on and radio off. It was its own thing, a countercultural (or perhaps anticultural) revolution for more than half an hour in which no one knew what was going to happen after the notes of their opening song.

And the moment when many of us believed that SER was going to close the joint: Ignatius testing “Oktoberfest cocaine” on air on Three Kings’ Day. there has not been such a punk moment in the Spanish audiovisual in decades. By not being subject to control and broadcasting for a niche, it became for years the refuge of those who believed that another comedy was possible.

We could overwhelm you with the mythical moments that helped popularize the programback in the day, into the stratosphere: Nacho Cano’s “Miguel Ángel”, the boy in the Teruel pool or Andrea Levy’s visit to the section ‘Let a facha come’ (not knowing that that was his real name). We do not want to overwhelm, but, as much as they have gone among the general indifference, they were the greatest.

Have been more than 500 hours of radio and television combined, of a new way of making entertainment and humor, which little by little fell into decline after leaving aside the sections and the interaction with the public. The pandemic and Ignatius’ illness left the show seen for sentencing. To be honest, if she kept seeing each other it was out of sheer routine. And by Listener Loco Boycott.

But the legacy they have left is extensive. In a world of clone programs, zero-risk television and soft-spirited proposals, ‘Modern Life’ opened a gap in the somewhat hieratic programming of SER with something different. Gora Moderdonia Askatuta!