The Many Variants of Doctor Strange in the Multiverse of Madness, Explained 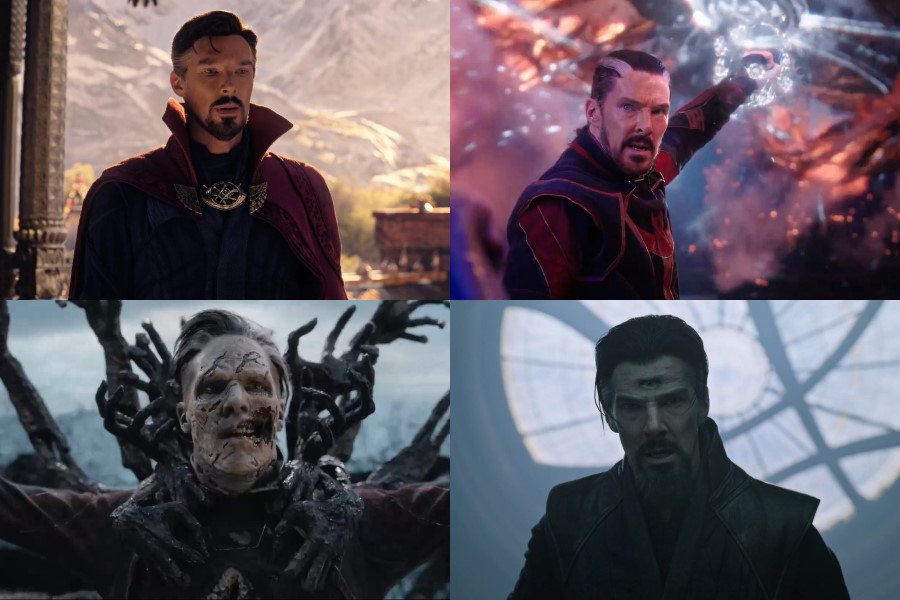 In the grand calculus of the Multiverse, there are an indefinable number of variants of Stephen Stranges. However, with just over two hours to spare, Marvel Studios’ Doctor Strange in the Multiverse of Madness only had time to introduce us to a handful of these Strange variants, in addition to the Good Doctor we know.

Do not miss: How is the magic of Doctor Strange different from that of Scarlet Witch?

Visual Development Supervisor Ian Joyner broke down the elements that made each version of Doctor Strange so unique, yet so familiar.

“So we can all go and see what looks we thought were the strongest, what looks were the most interesting, and pull from that and infuse some of the design work that was done on the first movie and make sure it all came together and felt cohesive, yet unique and interesting in their own way”.

The many faces of Doctor Strange

“With Defender Strange, some of the biggest questions were making sure this character felt like a new version of Doctor Strange, so we knew we had to avoid a lot of the things that have become iconic about the character, but still instantly. recognize him as Doctor Strange”

“We had years and years of references to the comics. We knew we wanted to lean into the swashbuckling aspect of the character, things like taking off his cape and making sure he had a lot of mobility was important, but still having some of that secondary movement, like the sashes and things like that.“.

Magical instruments like the Eye of Agamotto, the Cloak of Levitation, and other accessories also play a role.

“One of the other iteration points was: ‘Do the Strange variants have an Eye of Agamotto?’ We explored yes, no, different takes: would there be different realities that have different versions of the Eye? – ultimately deciding it made more sense for only our Strange Hero to be the one to wear the Eye”, he added.

the face of evil

We cannot forget one of the important variants of Doctor Strange, Sinister Strange

“In developing Sinister Strange, we knew he had to be as recognizable as our Hero Strange as possible, but with an edge. So taking the initial costume designed by Carlo Ortiz and adding a dark and sinister twist to it was a really interesting and fun challenge,” he continued. “The simplest thing I could do was sharpen the lines, add more texture, add more wear. We also added some kind of leather backing to the top of the shoulders to add a bit more of an imposing stance.and”.

“As we continued to develop it, the idea for the third eye to come out came up. The question was: ‘How organic are we?’ So we developed everything from a kind of bulging area in the area that would be instantly noticeable until it magically appeared. What ultimately seemed like the best way to do it is that you wouldn’t really notice it until it opened up and gave you a good scare.“, said.

the face of beyond

On the subject of scares, Joyner shared her excitement about working on Dead Strange, the zombified version of Strange from another universe.

“When you’re working on a Sami Raimi film, you have to hope that at some point you’ll get to do some form.” One of the really fun parts of making Dead Strange was, ‘How do we show that this awful character can be scary? How can we show that this hideous character can also be heroic?’ So we did a lot of iterations, from missing eyeballs to cloudy eyeballs to missing parts of his jaw, all sorts of horrible things. Ultimately, we knew we still needed it to be relatable and somewhat heroic at the end.”.

According to Joyner, this naturally led to the creation of Dead Strange’s creepy cloak, which the character gathered by harnessing the power of dozens of supernatural creatures. “As we were developing the look of the shadowy beings taking Strange back to the realm of the dead, there was a fun idea that not only would these things happen, but Doctor Strange could control them. What’s a Doctor Strange without a cape, right?… So using those things and turning them into this crazy demonic monster cape was such a fun challenge to undertake.“.

Joyner also broke down the updates made to Doctor Strange’s familiar costume. “One of the key elements of Doctor Strange’s design is to avoid the typical superhero look. You don’t want him to feel like he’s wearing tights when he’s fighting, conjuring, or doing whatever he has to do.”.

Even the Cloak of Levitation is the protagonist

Doctor Strange and his variants weren’t the only characters to receive a makeover. Due to the events in the film, Strange’s levitation cloak also needed a touch up.

“The cloak is a very important character in the Doctor Strange mythology, and when the cloak gets damaged, it’s heartbreaking. This is a character we’ve known for years and years. One of the thoughts was to see what the Stranger would have from that universe and bring that into the design of how to patch up Cloak and get him ready for battle again. So putting on that blue patch is almost a small memory and a small memory of some of the adventures that he was having.Joyner explained.

As for what he hopes audiences take away from these different versions of Strange, Joyner concluded: “I hope that audiences will react to these different Doctor Stranges the way I felt when we started working on them: excited to see how different they all are. , and yet interested in seeing how similar they might be. To take one too far would be to break character, but pushing it to the edge of something new was something that was very, very exciting to work on.”.

It may interest you: Doctor Strange 2: The Gargantos and Scarlet Witch easter egg that hardly anyone noticed

How many chapters does Andor have and when are they released?

Hayley Atwell has some ideas for Agent Carter 3