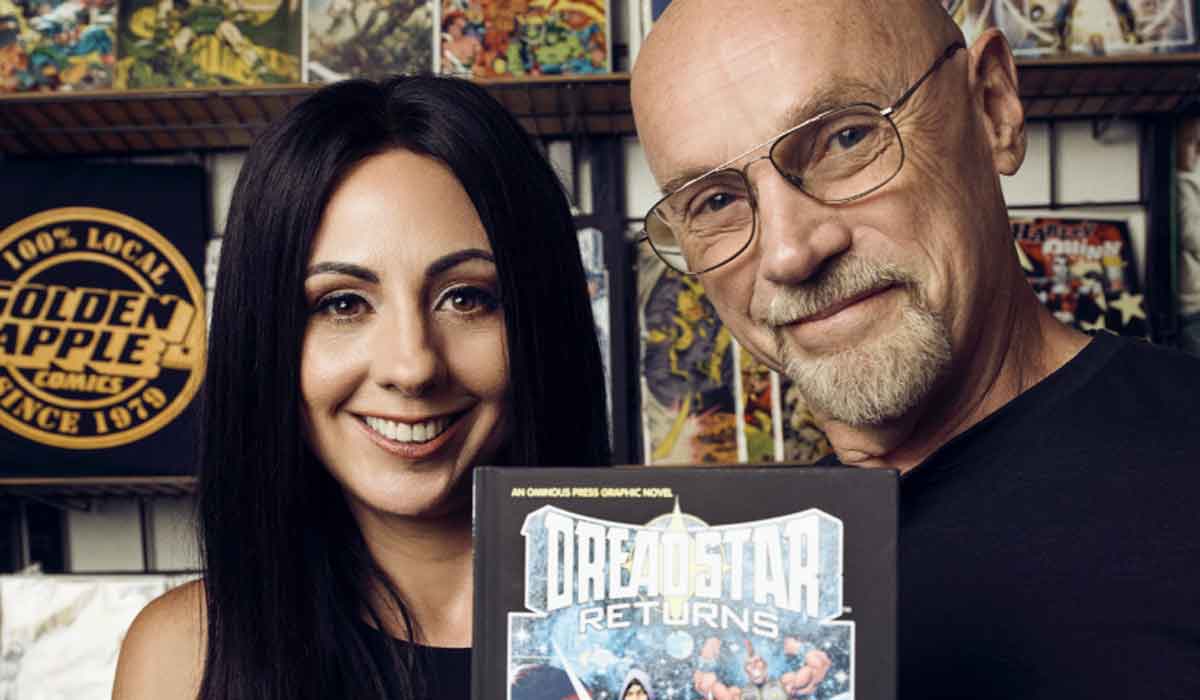 The creator of Thanos, Jim Starlin, will star in a retrospective panel at SDCC, but before that he has presented a comic starring the princess of Mars

Next week, writer and artist Jim Starlin will celebrate his 50th anniversary in the comics industry with a panel at the San Diego Comic-Con. But before meeting with his fans on Thursday, July 21, the artist known for creating Thanos, Gamora, and Drax at Marvel is reviewing one of his standalone creations, Dreadstar.

Last Tuesday, Jim Starlin launched a campaign of indiegogo featuring trading cards centered around Dreadstar, a property he introduced in 1982 that follows Vanth Dreadstar, leader of a ragtag team undertaking missions across the galaxy. The 40-card set features different characters and moments from the mythos of Dynamite, the publisher known for TheBoys. You can also find several copies signed by the artist that include The Death of the new Gods, Strange Tales Nº 178 and 179 or The complete miniseries of Batman The Cult among others.

With the campaign, Starlin also tackles the work of John Carter author Edgar Rice Burroughs for the first time. She has penciled a cover featuring the character of Dejah Thoris, the John Carter character known as the princess of the Martian empire and later Carter’s wife. Starlin has teamed up with inker Jaime Jameson, whose collaborations with the artist helped him return to comics after he suffered what he thought was a career-ending hand injury several years ago.

“I read John Carter as a child and dreamed of fighting four-armed aliens and rescuing beautiful Martian maidens”Starlin said in a statement. “I guess this is as close as I’m going to get to making those fantasies come true, with the help and complicity of the lovely and talented Jaime Jameson.”

Jim Starlin, who began his career in 1972 at Marvel, remains at the forefront of pop culture as the creator of key characters used in Marvel Studios movies. His work includes Shang-Chi, the hero played by Simu Liu, and Pip the Troll, who appeared in The Eternals played by Patton Oswalt. He also helped reinvigorate Adam Warlock, a key figure in the upcoming Guardians of the Galaxy Vol. 3 installment, which is expected to have a first look at Comic-Con next week.

For fans hoping to see Starlin at Comic-Con, her panel is at 10am in room 7AB and will be moderated by nerdy host Coy Jandreau.

New teaser of the live action of ‘Pinocchio’ with Tom Hanks

Chiquis Rivera sings with her sisters Jacqie and Jenicka Lopez All 3 in mini dresses!