The movies with the best plot twists we’ve ever seen 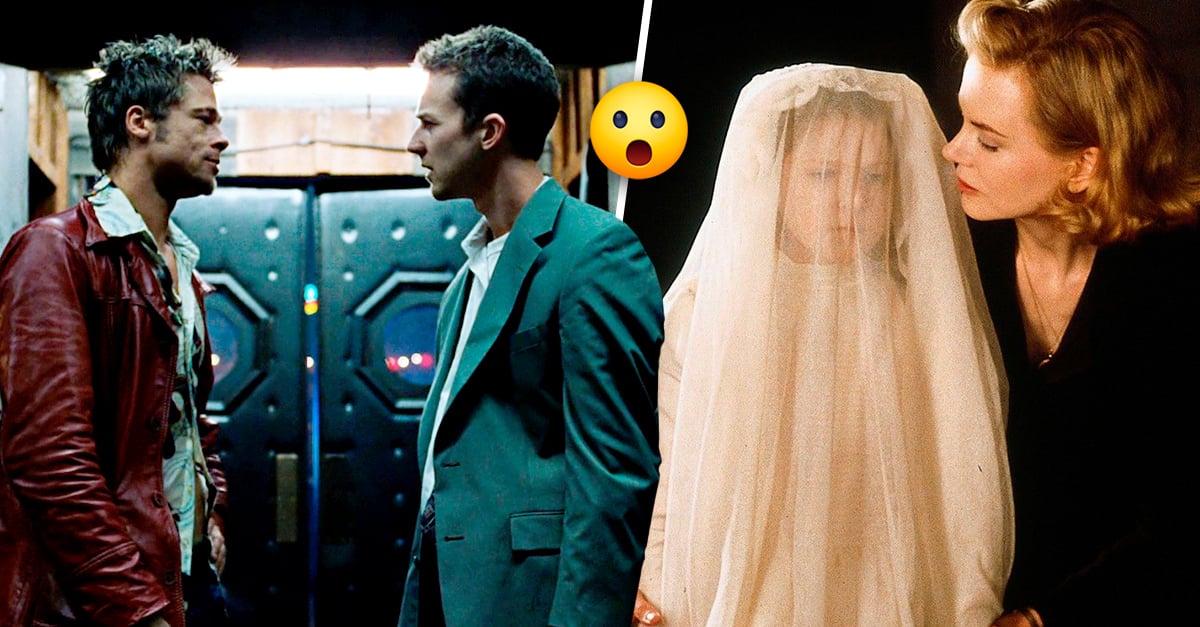 You are probably wondering what is a plot twist and we are going to solve your doubts. A plot twist It is nothing more or nothing less than a plot twist, that part that changes the perspective of the story or of a character and for which our mind is surprised, wondering what the hell happened in the movie or series.

So, the guesses we made in those two hours of film or series are no longer the same and if we venture to see it one more time, we pay close attention to the “signs” that correspond to the turn that now seems very logical to us. That is why we share with you the best turns that have been in film productions. They will make your head explode. Spoiler alert!

What is it about: Grace, mother of Anne and Nicholas, is a religious woman who awaits the return of her husband, a soldier who fought in World War II. However, as the plot progresses, it is speculated that the mansion is haunted and as he begins to battle with the presence of “spirits and ghosts”, creepy moments arise.

plot twist: The twist of this story comes when we discover that they are the spirits that frighten the residents of the mansion in a more modern time.

What is it about: Edward Norton, the narrator of this story, is a subject that has a monotonous and boring. Also, he seems insomniac. One day he meets Tyler Durden, an outgoing boy who is not afraid of anything, and together they start a secret group known as The Fight Club, where men go to fight as a way to blow off steam without losing what they consider “their”. virility”. This club escalates into a terrorist group led by Tyler, who threatens to destroy buildings if the narrator doesn’t shoot himself in the face.

plot twist: The twist that the movie has is when we realize that Durden never existed, but is the narrator, his other self, the person he always wanted to be. All stemming from a personality disorder.

What is it about: We cannot leave one of our favorite movies out of the list. Malcom is a psychiatrist and therapist who begins his sessions with one of his youngest patients, Cole Sear, an eight-year-old boy who confesses that he has the ability to see people who have already died. The little boy shares with his doctor how he has lived his whole life tormented by people who seek to communicate through him.

plot twist: For his part, the psychiatrist has problems with his wife, which begin to escalate until he realizes that if he can talk to Cole, it’s because he’s dead. One of his patients murdered him.

What is it about: Alfred Borden and Robert Angier, two magicians in Victorian-era London, are constantly fighting to be the best. Unfortunately, Robert loses his wife during an act by falling into a tank and not being able to untie the knot that he has in his hands. Alfred was the one who tied that knot, which is why he is accused by the other wizard of murdering his wife. Thus begins their rivalry.

plot twist: Nikola Tesla creates a machine that allows to duplicate things or people and both magicians make use of this to do magic tricks, but when using it, Robert’s clones die in the same way as his wife. Because of this, they blame Alfred, for which he is arrested and sentenced to death by hanging. However, he is still alive, as he also used the machine without exploiting the trick as his enemy.

What is it about: The masterpiece in plot twists. Luke interrupts his training with Yoda to go “save” Leia and Han Solo. He then meets Darth Vader and in a fight, Luke accuses him of having killed his father.

plot twist: However, Vader had a very well kept secret and at that moment he confesses: “I am your father.” This confession completely changes history and, without a doubt, its impact has marked cinema and pop culture.

VIDEO: Christian Nodal laughs at the insults of the fans towards his ex-partner, Belinda

The power of Black Adam is unleashed in a new behind-the-scenes look!