That’s how they convinced him to star in it 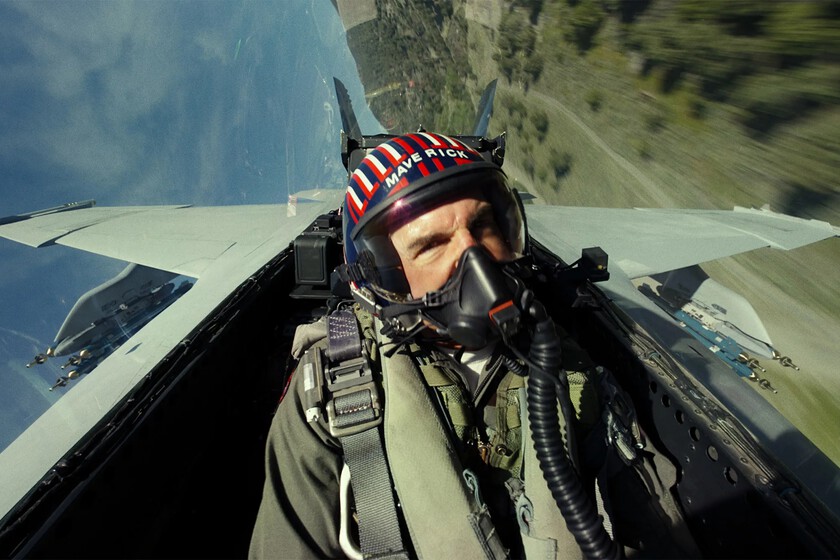 Tom Cruise is currently enjoying the greatest success of his career thanks to ‘Top Gun: Maverick’, but the truth is that the actor was not always enthusiastic about the possibility of making a sequel to the legendary film of Tony Scott.

In fact, Joseph Kosinski, director of ‘Top Gun: Maverick’, has revealed that the protagonist of ‘Edge of Tomorrow’ did not want to do it and how he managed to convince him in an interview with Polygon. In addition, he only had 30 minutes to get him to change his mind, since at the beginning it was clear that Cruise was not motivated by the idea, but he himself clarifies that “at the end of the presentation, he picked up the phone, called the head of Paramount Pictures, and said, “We’re going to do another Top Gun.” It’s quite impressive to see the power of a real movie star at that timeHow did he do it? He sums it up like this:

Well, I worked with Tom and I knew that you had to start with the character and the emotion. I pitched the idea of ​​Bradley Bradshaw (Miles Teller) growing up to be a naval aviator, and him and Maverick having this broken relationship that had never been mended. Maverick is called back to train this group of students to go on a mission that he knows is very, very dangerous.

The conflict is about the difference between being an airman who goes and risks his own life, and someone who is in a higher position who has to send others to risk their lives. I talked to some admirals in the Navy who talked about that difference. It’s a different kind of pressure, it’s almost harder to send others instead of going yourself. And it seemed to me like that tapped into the emotion of the previous movie and those relationships that we all love, but it took it in a new direction. So that’s where I started.

I think that was the element that really drew Tom in, because it gave him an emotional reason to come back to this character. The second thing was, what has Maverick been doing? You know, where do we find it? And this is something that I’m passionate about, you know, coming in and presenting the Darkstar sequence, being someone who has always loved airplanes and aerospace and who has studied aerospace and mechanical engineering and who loved ‘Picked Up’ . So the idea of ​​finding him as a test pilot at the edge of the possible seemed like the perfect way to find him, and Tom loved it.

Let’s remember that Cruise had already been under the command of Kosinski in ‘Oblivion’, so there was already some confidence to believe that everything the filmmaker proposed was true. In addition, Kosinski also made it clear to the actor that visually they couldn’t settle and had to take the flight scenes as far as possible:

I showed him some videos of Navy pilots putting GoPros in their cockpits, and I said, “You know, this is on the internet for free. If we can’t beat this, there’s no point in doing it.” And he agreed. And then finally it just had the title, you know, which I think sums it all up. “We’re not going to call it Top Gun 2, we’re going to call it Top Gun: Maverick.” It’s a character-driven story, a drama with this gigantic action movie around it. And that to me is what a Top Gun movie is.