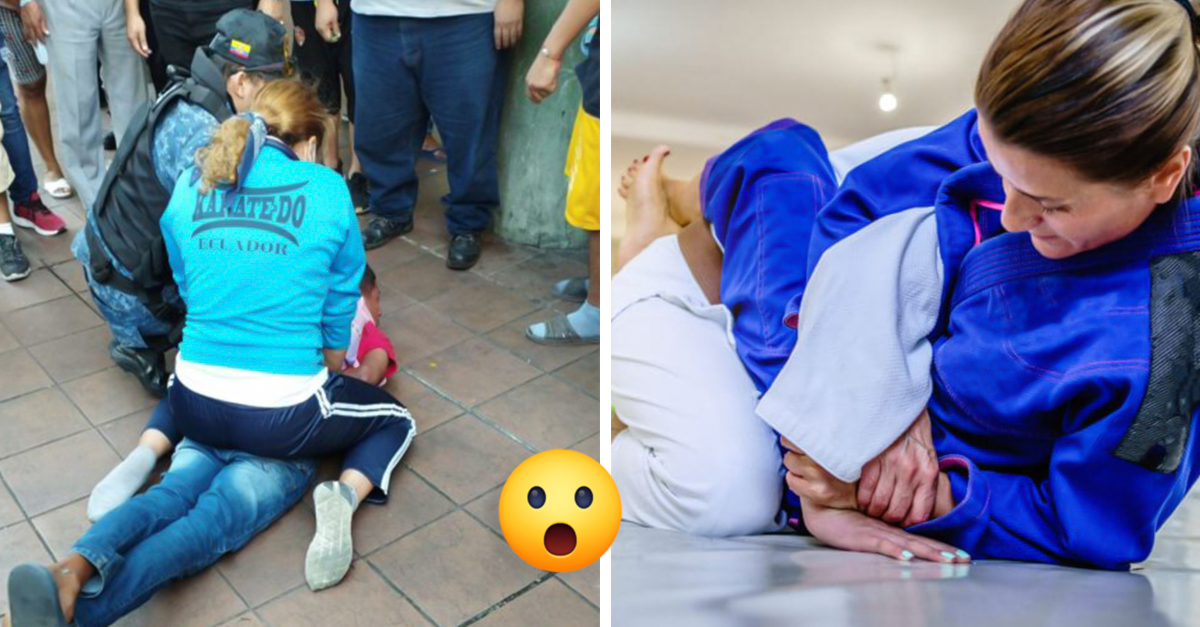 Unfortunately, today when people see a person attacking another on the streets, instead of helping the victim or trying to stop the situation, the first thing they do is take out their cell phone and start recording or taking some photos to upload them to social networks.

However, there are still exceptions and this martial arts champion gave the example when, seeing that a man was assaulting his partner in public, he helped the woman and subdued the man on the ground until the police arrived to arrest him for violence.

The name of the athlete who is already considered a heroine in social networks is Ruth Rotello, an athlete from the municipality of Guayaquil, in Ecuador, who, walking down a street on June 16, noticed that a man was hitting to his partner, an action that he could not ignore and decided to intervene.

Seeing that the woman asked the man to please let her go and he ignored her and even hit her in the face, Ruth could not ignore the action and decided to intervene, getting between the two, and then hold the individual’s wrists and throw him to the ground in order to subdue him and thus prevent him from continuing to beat his wife.

The martial arts champion kept the man immobilized on the ground until the police arrived at the scene, who took charge of the case and thanked Ruth for her help, since the woman assures that despite the fact that there were many people around the couple, nobody did anything and they only watched the act.

Ruth’s action, which prevented the woman from being hit by her partner in the street, went viral due to the photographs and congratulations that the mayor of the city, Cynthia Viteri, posted on her official Facebook account, in which with a couple of images he applauded his exemplary act.

Subdued man who beat a woman in the street. Ruth Rotello, the martial arts champion who works in the Municipality giving self-defense classes to girls and women, subdued the man until he was taken away by the police. Very good, Ruth!

Thousands of citizens and users on social networks could not help but praise the champion in the comments section, where they not only reacted positively to her action, but also applauded her and congratulated her for her courage. In addition, they stated that there should be free self-defense classes for women and thus avoid violence.

Martial arts provide defense tools in cases of violence. Ruth, with her knowledge, was able to subdue a subject with a violent attitude while agents of the @cuacme they came to the place. pic.twitter.com/KUIV8uAFDU

It is worth mentioning that Ruth Rotello is not only the current martial arts champion in the city, but she is also the director of the Guayaquil Martial Arts Academy, where she is in charge of giving self-defense classes to women and girls, with the purpose of avoiding situations of danger and abuse, just like the case that the athlete witnessed last Thursday. Congratulations, Ruth!

Frida Sofía could spend two years in jail for assault

Five novelties from Ikea to organize the living room

These have been the last contestants eliminated from the program

Netflix confirms the new season of ‘The Squid Game’