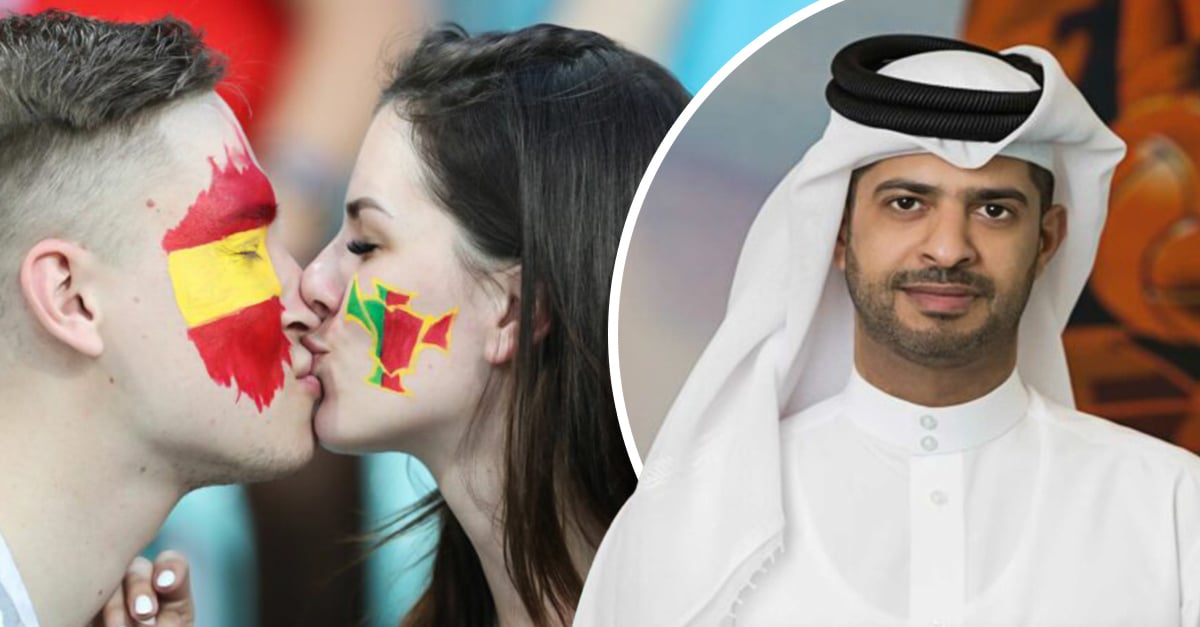 One of the most anticipated things this year is, without a doubt, the celebration of the 2022 World Cup, whose date to be held was changed to November due to the high temperatures during the summer in Qatar.

However, it seems that this will not be the only change that will take place in the biggest celebration in football, since it was recently announced that it will be forbidden to have intimate relationships outside of marriage during the World Cup, since the person who breaks the order can to be imprisoned for up to seven years.

Qatar is the Middle Eastern nation where soccer matches will take place during the 2022 World Cup. As is well known, the Arab country is a place where any type of infidelity and homosexuality are strictly prohibited. so whoever breaks that law is sentenced to prison.

Taking into account the conservative law of the country, through a statement, the Supreme Committee of Qatar reported that anyone who visits the country during the event, whether players, coaching staff, journalists, diplomats or fans, who becomes a participant in an intimate encounter outside of marriage could be creditor to a sentence of seven years in prison.

According to information shared by Daily Starthe restrictive measure will apply to anyone who visits the country and FIFA warns that there will be no type of exception to the law.

There is a ban on sex at the 2022 World Cup in Qatar for the first time in history.

The news was published in order to warn all travelers and fans that during this celebration there will be no drinking and partying after the games, as was customary in the World Cup.

The only thing that the organizers of the World Cup ask the fans is that they adapt to the norms of their country, since in Qatar the displays of affection in public are frowned upon, regardless of the sexual orientation of the people.

FINA bans trans swimmers from competing in the women’s category

Kim Kardashian opens up about her marriage to Kanye West