Prohibitions that will be during the World Cup in Qatar 2022 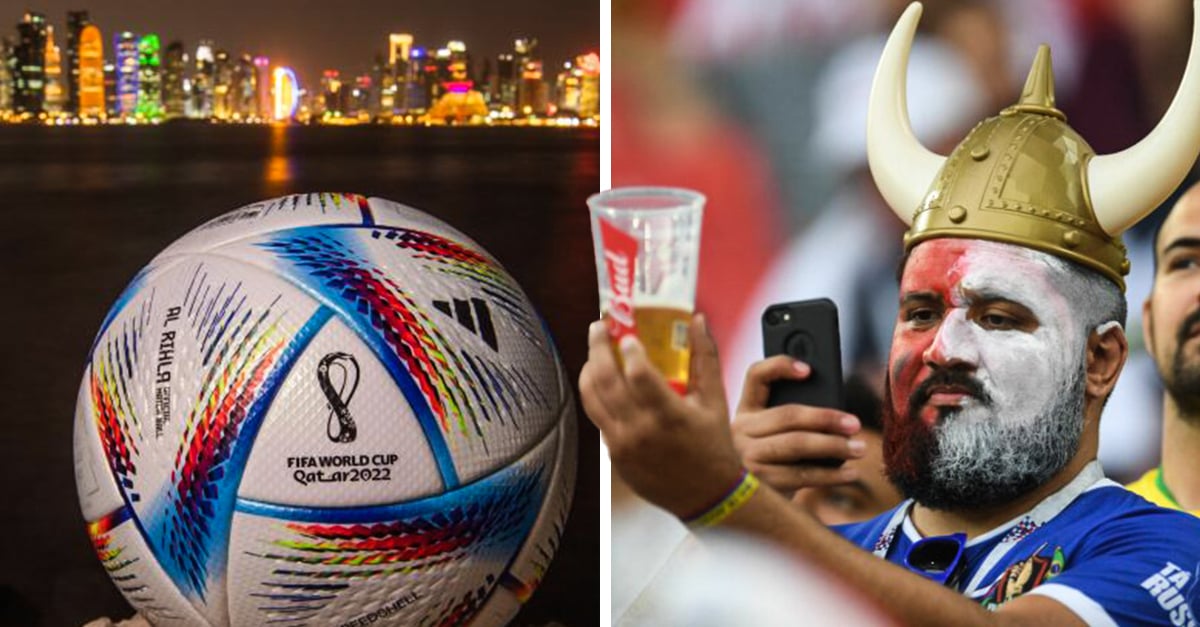 Since it was announced that the venue where the 2022 World Cup will take place was Qatar, everyone knew that this World Cup celebration would be different and quite peculiar because it is a Muslim country that is governed by its religion. and to actions that are frowned upon in Qatari culture.

Usually, the Soccer World Cup is held between June or July, but on this occasion, due to the high temperatures that the Arab country presents on those dates, it was decided to change the tournament to November, a season in which the temperature is more acceptable.

However, that was only the first change that the organization of this year’s World Cup had, since due to the culture and norms of the Arab country, a series of rules and restrictions were stipulated that both the fans and the players and anyone who go on a visit to your country must apply.

From the prohibited sale of alcohol in the stadiums to the restriction of showing affection in public and not saying profanity, here we list the things that will be prohibited in the Qatar 2022 World Cup.

1. Sale and consumption of alcohol

The sale and consumption of alcoholic beverages will be limited, since it will only be allowed in some hotels and stadiums. However, despite the existence of these, people who leave the premises with their glasses of beer or anyone who walks on public roads while intoxicated will be punished.

2. Shows of affection in public

Regardless of the sexual orientation of the people, caresses, kisses and any demonstration of affection that is frowned upon by the Qatari authorities will be punished or those involved will be asked to limit themselves to doing so.

In order to have access to any part of the country, people must dress in clothing that covers their shoulders and knees, so short dresses, shorts, shorts o Low-cut or sleeveless shirts are completely prohibited.

4. Sex outside of marriage

If you are single and thinking of going to the World Cup in Qatar, you should think twice, as anyone caught having sex with someone other than their husband or wife will face up to seven years in jail. .

Under Islamic law, homosexuality is not well regarded, so anyone who reveals their preferences towards people of the same sex will be punished with up to five years in prison. For this reason, rainbow flags that honor the LGBTQI+ community are not allowed.

English is a widely used language in Qatar, so if the authorities understand your language and catch you throwing an insult or rudeness, you could be in trouble.

7. Pornography and other vices are not allowed

It goes without saying that if alcohol is limited, therefore, drugs are completely prohibited in the country, as well as the use of pornography, since, in case of being caught looking for it on the Internet, the cybernetic authorities could realize and surely punish the person responsible.

8. You can not celebrate on public roads

There is a zero tolerance rule for all those fans who are seen drinking in public spaces or when driving, since the corresponding fine is equivalent to a fine of approximately 16 thousand pesos, that is, 770 dollars.

Based on the Muslim religion, pork is not allowed in Qatar, so it cannot even be imported. Therefore, anyone caught trying to put that food in will end up with a fine or, in the worst case, a jail sentence.

10. Taking photos of strangers is not allowed

This rule will depend a lot on the situation or the type of photograph that has been taken of the person in question, so the corresponding fine or hours of arrest will depend entirely on the seriousness of the matter.

With the smell of urine and without a fan, Latinos narrate the nightmare of their stays in the World Cup

Sfera sweaters will be key for the cold season, and Sfera has the best ones in the El Corte Inglés Outlet

Clara Chía faces more criticism for her relationship with Piqué: they say she wants a footballer to keep her

In front of the mirror, Belinda raises the temperature on social networks with her captivating beauty

Before and after pictures of adopted cats

where to see the film and the exhibition