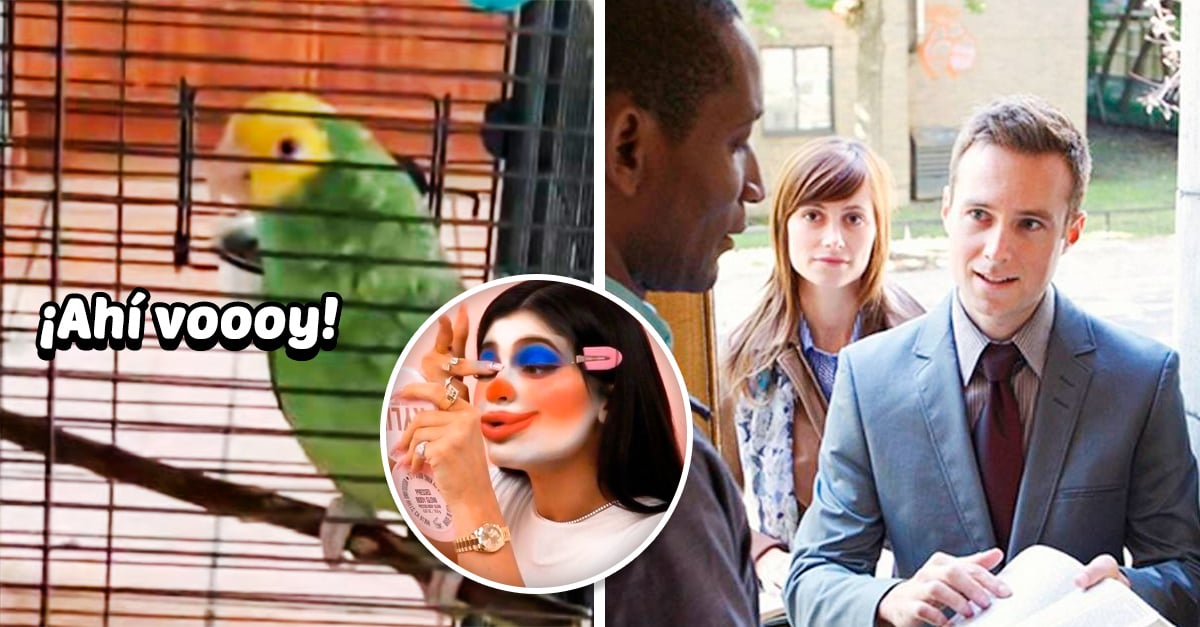 One quality that people who are Jehovah’s Witnesses have is that they must preach the word of God and share the Gospel with others. That is why it is very common, especially in Mexico, to see these believers knocking on doors from house to house in the neighborhoods of the cities to express their knowledge in the scriptures of religion.

Although many times they do not achieve their goal and people do not open the door to them, these faithful do not deviate from their purpose and continue to insist. Like the case of these Jehovah’s Witnesses, who remained 30 minutes outside a home waiting for someone to come out, because they heard that he told them that he would be out soon. However, that someone turned out to be a parakeet.

It turns out that these people arrived at a home and after knocking on the door, they heard someone tell them “I’m coming”, so, hoping someone would come out, they decided to wait. However, 30 minutes had already passed and they were still waiting, until a boy arrived and asked if he could help them with anything, to which they replied that they are waiting for the person who yelled at them to open the door for them.

The young man, surprised by the time that people had been waiting, told them that there was no one at home, only a parakeet, that when they knock on the door, he immediately says “Here I come”. The situation seemed very funny to him, so he decided to record his anecdote and upload it to the TikTok platform.

Poor Witnesses, I had them waiting and never opened them 😂😂😂 #mexico #loro

I’m coming to the house and there were some Jehovah’s Witnesses. I ask them what is offered to them. They tell me ‘we are waiting for them to open us because there is a person who is saying: Here I go, here I go’. And there’s no one, I’m alone. It’s a parakeet that we have that when they knock on the door, he says ‘Here I come’. And well, this crazy man (the parakeet) has the Jehovah’s Witnesses waiting there for 30 minutes because he is telling them ‘Here I go, here I go’.

In the recording shared on his joshuargz account, you can see how the boy tries to knock on the door so that everyone can see that it is true that his parakeet answers “Here I go.” For this reason, the short video soon went viral and was shared on social networks.

Despite the fact that there were many funny comments about the joke that the bird played on the witnesses, there were also those who warned the boy, since, according to some users, since the pandemic began, believers of that religion stopped going out to preach .

“I’m sure there will be retirements after five minutes.” David Cronenberg warms up the premiere of ‘Crimes of the Future’ in Cannes

The Flash made a screener yesterday and his notes are worrying

Elon Musk will temporarily suspend the purchase of Twitter