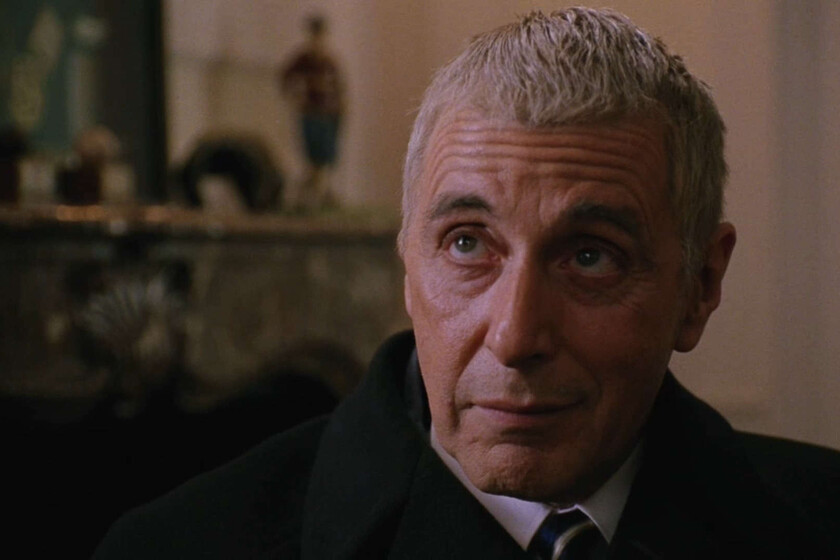 The last release of Al Pacino is not a movie, is season 2 of ‘Hunters’, the Amazon Prime Video series of Nazi hunters. However, it is not the first time that the actor has starred in a series… 20 years ago he was in the main cast of ‘Angels in America’one of the best HBO miniseries.

Released in December 2003 (here we saw it through the extinct Canal+), the series was based on the play (bilogy) of the same name (titled Angels in America: a Gay Fantasia on National Anthems), which followed six New Yorkers whose lives intersected in the mid-1980s. In the center of the plot there was the AIDS epidemic, homosexuality and the Reagan era.

One of those characters was a real figure: Roy Cohn, a nasty Jewish lawyer (known for working closely with Senator McCarthy), who contracts AIDS. This character was embodied for the occasion by Al Pacino, a role that won him his first Emmy, for best actor in a miniseries or movie for television.

Cohn was, so to speak, one of the various faces with which Tony Kushner (‘Munich’) wanted to explore his vision of AIDS in the play (and its adaptation). We would also meet Prior (Justin Kirk), who was in an advanced stage of the disease and who starred in the most fantastic plot of the series being visited by an angel (Emma Thompson).

Twenty years ago, HBO liked to make miniseries with more than powerful credits. Perhaps because of the names involved, it was sold as a HBOFilm despite being originally broadcast in two parts —Millenium Approaches and Perestroika, corresponding to the theatrical structure— and later edited into six episodes.

Although the series had an evident choralism, names like Emma Thompson or Meryl Streep already stood out with their own light in a cast that, although it was solvent, was made up of much lesser-known faces. Some of them, in fact, we would see later in some notable series of that decade.

It is the case of Mary Louise Parker and Justin Kirk in ‘Weeds’; a Patrick Wilson we could see him in season 2 of ‘Fargo’; Ben Shenkmann years later he would star in ‘Royal Pains’, while Jeffrey Wright we have seen him recently in ‘Westworld’. Outside of those credits, it was more common to see them as secondary.

But not only in the cast we had names of a certain magnitude. At the address was Mike Nichols, winner of the Oscar for best director for ‘The Graduate’ (and won the Emmy for ‘Wit’, his previous telemovie for HBO). Own Tony KushnerSteven Spielberg’s head scriptwriter (forthcoming ‘The Fabelmans’) was commissioned to write the television script for his play.

With these credits behind, of course the interest on the part of the chain is intuited, at least, to be taken as an option to take into account. And this he does in his golden agewhen the trinity formed by ‘The Wire’, ‘The Sopranos’ and ‘Six Feet Under’ captured all the attention of both critics and the most demanding public.

‘Angels in America’ It is fascinating in how he carries his themes, where the main ingredients of American society are mixed, especially from that time (conservatism, religion, etc.) and puts them face to face with frustrated protagonists, almost resigned to the situation.

Is a very fine work whose adaptation wants to be, in turn, very theatrical. Not only in its staging and its sets, but also with its use of dialogues and even soliloquies (basically it closes with one). Also the fact that the different actors assume more than one role leads us to that impression.

All this makes the series of the tandem formed by Kushner and Nichols practically an unusually artistic work. ‘Angels in America’ is a compelling work that was worthy of all the Emmy awards for which it was eligible (including best miniseries), a fact that only two other series have achieved (‘Schitt’s Creek’ and ‘The Crown’).

The best tennis shoes to run with style