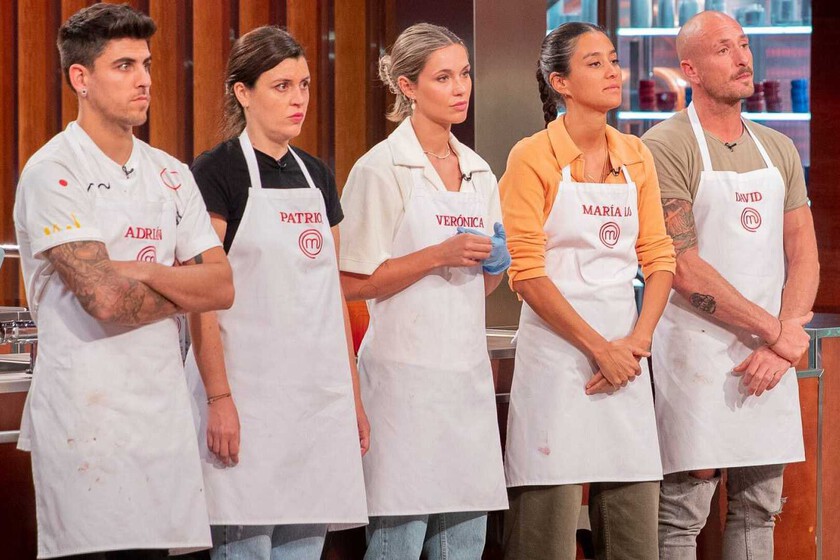 A single chapter is what remains for this season 10 of ‘Masterchef’ to close its doors and crown a winner. for now, we already have the four finalists that will dispute the title and the one that has had to stay at the gates.

Adrián, Verónica, Patricia, María Lo and David are the semifinalists who have managed to make it to this 12th episode. After some nice dedicated words from the judges and the first test that consisted of replicating a plate with oysters by the famous chef Pedro Subijana, the contestants moved to the Hotel Rosewood Villa Magna in Madrid for the outdoor test.

This test consisted of making a menu for 30 prestigious chefs and the contestant with the best results would be guaranteed a ticket to the final. One of the applicants who passed this test worst was Davidthat felt attacked when Pepe told his team: “You need some math classes”. “I’m pissed off, you’ve disrespected me” he reproached her.

María Lo was the first official finalistrising as the winner of the test, receiving her second job proposal as a prize, while the rest would have to face each other in the final test.

For the elimination test, the challenge was to replicate a dessert from chocolatier Damian Allsop. Finally, Patricia was the eliminated contestant, something that could be seen coming since it was going very slowly and not even María Lo’s help managed to raise her spirits. “It’s for crying” she complained.

Patricia, who was the second contestant in this edition, regretted having given up and said goodbye: “It makes me angry. I can’t be proud (of having reached the final with this dish) because it has been horrible. But I take a precious experience and wonderful people. I want María Lo or David to win.”

Today we say goodbye to @patriciamchef10 from the kitchens to the gates of the grand finale of #MasterChef10. Thank you for being part of this adventure! https://t.co/5KB3O2GWnE pic.twitter.com/hZdVIuwZUA

That leaves us with María Lo, David, Adrián and Verónica as finalists of season 10 of ‘Masterchef’, which will celebrate its final program next Monday.

Rocío Gancedo, the contestant on the “Big Brother” program who committed suicide in 2017

Christian Nodal’s romantic declaration of love to his girlfriend, Cazzu, on social networks

Clarice season 1 (2020) review: Amazon’s ‘Silence of the Lambs’ sequel series is a crime thriller with wasted potential for its lack of ambition