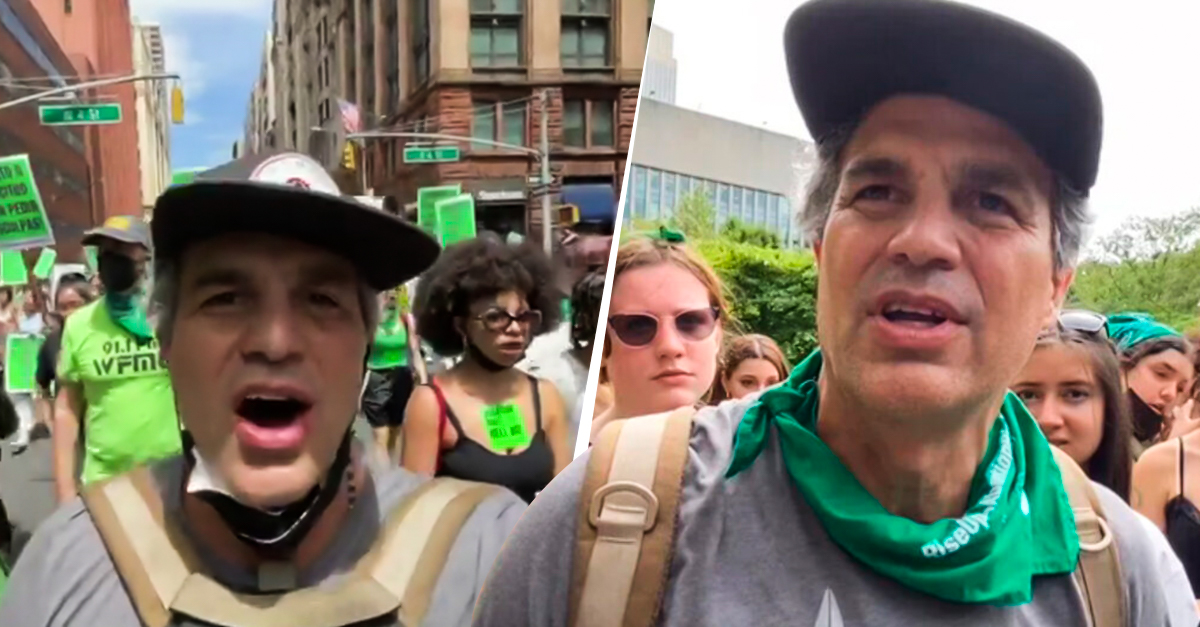 Mark Ruffalo, star of the Marvel Cinematic Universe, was one of the celebrities who were in favor of abortion and the reproductive rights of women who seek to stop the elimination of the Roe v. Wade during one of the thousands of demonstrations that took place across the United States.

The iconic American actor met in New York City to defend the validity of the right to abortion, threatened by the Supreme Court, which seeks to annul the historic law that legalized the voluntary interruption of pregnancy almost half a century ago.

Under the slogan “Enough of controlling ourselves”, various organizations that defend reproductive rights called for 450 demonstrations throughout the United States, achieving massive mobilizations with the so-called “green wave” in the cities of Austin, Chicago, Los Angeles, New York and Washington D.C.

the star of Hulk He shared a couple of videos on his Instagram account where he is seen to be an active part of the march. The publication was framed with an emotional message in which Ruffalo revealed that his daughters invited him to demonstrate in favor of the permanence of the Roe v. Wade.

My daughters asked me to join them in a Pro Decide rally and march in New York. There were hundreds of young women and men marching together to protect women’s reproductive rights. As cynical as the right-wing Supreme Court justices may be, don’t lose hope. This is not resolved. This is not a law. Roe is still standing.

Don’t let them take it away from you. We have to mobilize together, organize and take to the streets to prevent America from slipping back into the cruel past. […] Men, that includes us. Many of us have different lives because women have the right to choose. Come out of the shadows and stand up for the women in our families, friends, and yes, our daughters. There is no one who wants to force their daughter to carry the baby of a rapist or perverted family member.

Thousands of people have protested across the country since a Supreme Court draft opinion was leaked showing a majority of justices are ready to overturn the landmark Roe v. Wades, from 1973.

It should be noted that abortion is one of the most contentious issues in the United States, with opponents invoking religious convictions to proclaim it immoral, while defenders argue that a woman should have the right to make decisions about her own body.

Fernando Colunga is seen from the streets of New York with some aesthetic “fixes”: PHOTOS