Kitty, the kitten who survived the 46-minute wash cycle 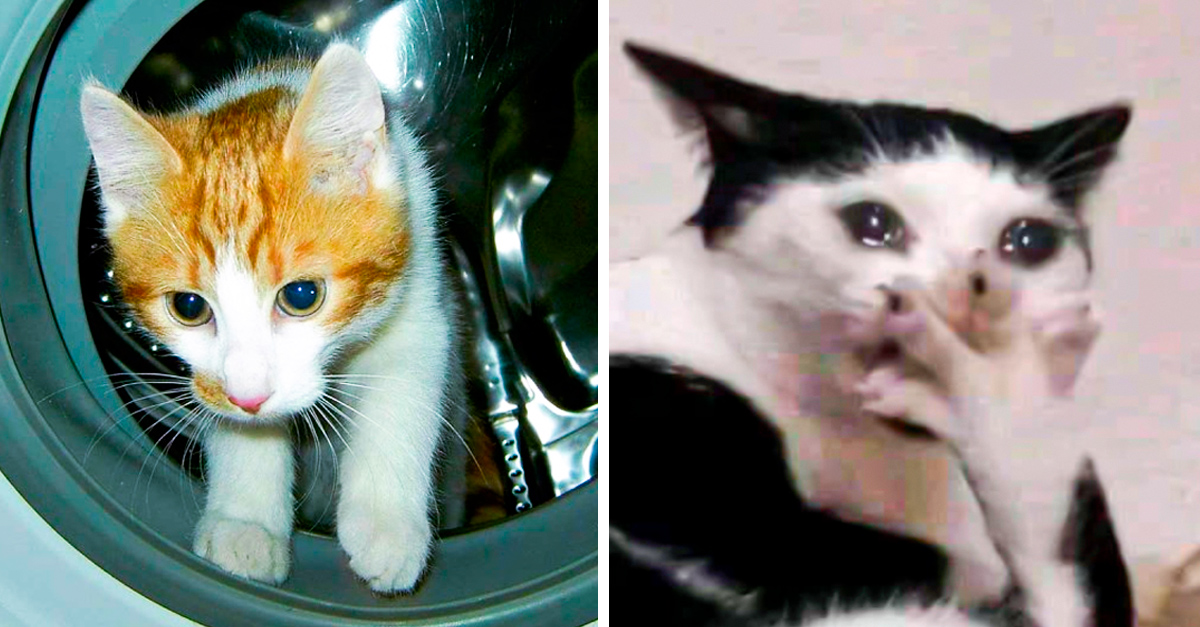 We love cats, but we must admit that they are tremendous. All the “Karen” or “male Karen” will understand what we mean, that is, the morning is just beginning and let’s meow! They know our clock, what time we are going to get up and by doing so, they follow us everywhere preening and between purrs, we become the best humans they could adopt. Yes, for them, we are the adopted ones.

Cats are charming, but that they follow us everywhere is not always good, neither for them nor for us. If you don’t believe us, let us tell you the story of the michi that in a distraction from “Karen” she got into the washing machine and was there while the clothes were washed in a cycle of 46 minutes!

Kitty is a kitten from Córdoba, Spain, who stealthily crossed the patio of her owner, Estrella, who, for the same reason, did not notice that the feline followed her to the laundry room and got into the washing machine. The girl realized the presence of her michi when she was about to take out the load, because when she opened the machine, she, Kitty, ran to the house.

As a concerned “Karen”, she took her cat to the vet, who also couldn’t explain how she survived such an impact. Of course, Kitty was examined and the only thing that she presented was small respiratory problems. According to the vet, perhaps the washing machine detected something strange and her performance was not normal.

After a series of antibiotics, rest and monitoring, little by little, Kitty has returned to eating, purring and her fur has taken its shape again.

So if you have one or several michis at home, take care of them! Because that thing about them having seven lives may be true, but why risk it?

“The boy who survived”, on this day the first Harry Potter film was released

What happened to Sheryl Lee, the mysterious Laura Palmer from ‘Twin Peaks’ who survived a serious illness and returned through the front door 25 years later

First Ant-Man and the Wasp trailer dubbed into Latin Spanish

Hasanlu lovers | An eternal kiss with more than 2800 years

Adele is hopelessly in love with her boyfriend Rich Paul

Marvel Explains What Moon Knight Did During Avengers: Endgame