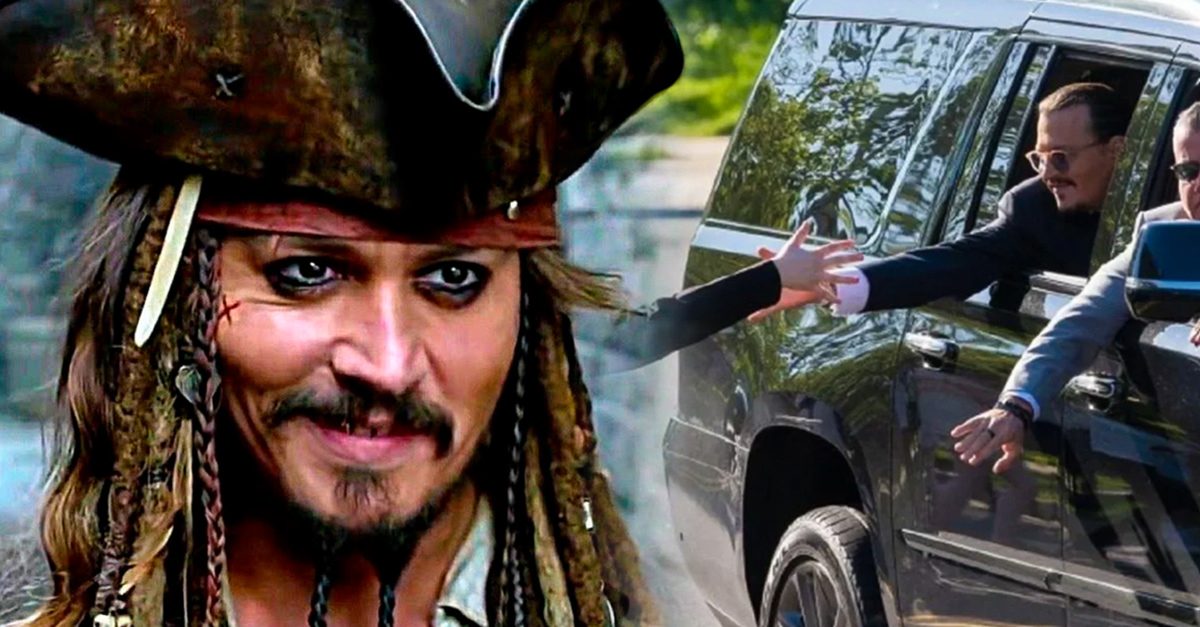 Johnny Depp has said that no amount of money will get him to play Captain Jack Sparrow again in a future installment of Pirates of the Caribbean, but that does not mean that he has left the character completely. At least that’s how it was shown in a video that has turned the Internet upside down and has unleashed the emotion of millions of fanswho begged for a little more of Jack Sparrow.

The unforgettable moment occurred as Depp headed to court for another round of the libel trial against his ex-wife Amber Heard. The actor brought back his iconic character to the delight of fans. fans waiting for him in a crowd outside the courthouse in Fairfax, Virginia.

In the viral video, uploaded by Bekka Schultz Fontanilla on Twitter, the star of Dark Shadows appears aboard a black van while a sea of fans cheers him in front of the Fairfax County Courthouse in Virginia. Seeing this, Johnny’s driver slows down the vehicle to interact with them.

One of the followers urges the actor to channel his inner Jack Sparrow, because in the midst of applause he tells him that for the public and his fans, he will always be Captain Jack Sparrow. Given this, Depp responds with the iconic voice of his endearing character:

Depp was officially removed from the franchise Pirates of the Caribbean in December 2018. However, it remains to be seen whether or not the actor will reprise his role. Just days before the fifth week of the trial, franchise producer Jerry Bruckheimer stated that Depp would not be playing Sparrow anytime soon and that his future in the series was “yet to be decided.”