Is there material for both spin-off? HBO trusts ‘Game of Thrones’ more than its own fans 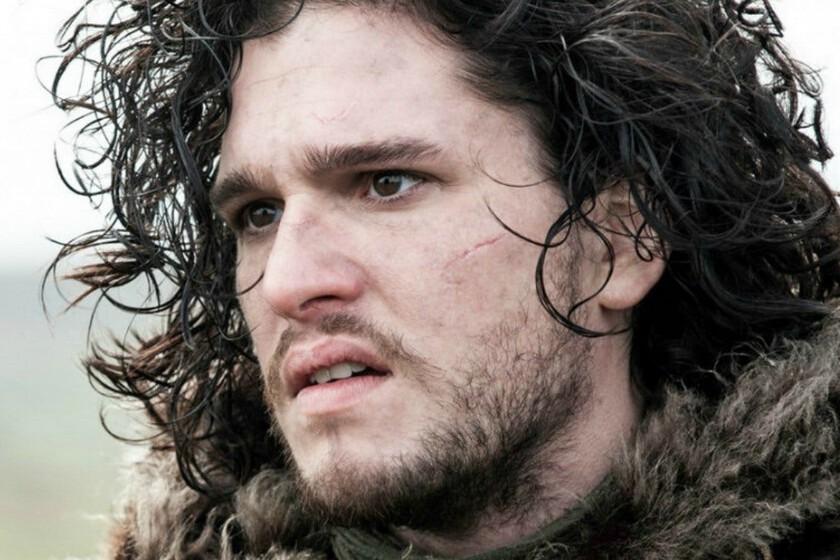 ‘Game of thrones’ is possibly the last series that the world is going to live in such a global way. As much as ‘Stranger Things’ or ‘The Squid Game’ want to try, the collective madness that occurred with the HBO series is hardly equal in modern times with so many “must see” series that turn the hobby into overwhelming. In its day, there was only one series that everyone was watching: It had to do with seven kingdoms, there was a wall, dragons and Tyrion Lannister throwing taunts left and right. And then, the descent without brakes.

When the last episode of ‘Game of Thrones’ ended I did not react furiously or throw bile of any kind: I shrugged, I mumbled a “well then” and I started doing something else. I assumed that everyone had done the same, but the reactions were similar to those of someone who sees his newborn die at the hands of his worst enemy. Unlike ‘Lost’, which had a controversial but ambitious and complex ending (which over time has been forgiven), the series based on the saga of George RR Martin took all possible shortcuts in the last season until reaching an absolutely unsatisfying epilogue and lacking epic.

But what he did not expect was that, three years later (with a pandemic in the middle, which is equivalent to eight centuries), the public I was still so hurt with that ending. As much as to be willing to deny that the path lived up to that point was exciting, that we loved to hate Cersei Lannister and that, for a few months, the Red Wedding was everything. The impression that ‘Game of Thrones’ has left in popular culture is not that of a good adventure series with a bad ending, but that of a heavy series full of bad decisions. A series that “deceived us” in some way.

It’s just a perception, and it may be out of reality, but it seems that very few want to return to Westeros. However, HBO has insisted on making ‘Game of Thrones’ its flagship franchise in the style of Disney with Marvel and ‘Star Wars’. Because If it worked once, it has to work twice.No?

Spin-offs to troche and moche

HBO is so convinced that everyone wants to see more stories from the Seven Kingdoms than before ‘House of the Dragon’ opens on August 21, the prequel starring the Targaryens, has already announced countless projects based on the franchise. And frankly, there are some things that should be considered before offering a sequel based on Jon Snow, such as… Is there anyone after eight seasons who wants to know what became of Jon Snow?

After the Targaryen series it will be the turn of ‘The sea snake’, prequel and at the same time spin-off of ‘The house of the dragon’ that will tell the life of Corlys Velaryon, one of the most famous travelers of the Seven Kingdoms. And yet another project, ‘Ten thousand ships’, will be set a millennium before of the original events recounting the life of, Nymeria, ancestor of House Martell. And also, ‘A tale of the seven kingdoms’, about a knight and his squire destined to be King Aegon Targaryen.

And of course, cartoons, and the sequel with Jon Snow, and… And is there an audience for all this ‘Game of Thrones’ stuff? Is there really that much of an audience asking for a franchise, or is HBO’s masterstroke to get it desperately, out of sheer hammering, going to sink in the second series? Keep in mind that there is no buffer against bad decisions: ‘Game of Thrones’ does not have behind him the group of fans with decades of experience that they are capable of forgiving things like ‘Obi-Wan Kenobi’, and it runs the risk of definitively becoming the joke that for many it already is after that final episode.

Making stories within the world of ‘Game of Thrones’ is not bad or negative per se, as long as they don’t stick to the Disney system; a lot of stories told with the same tone, the same color palette, the same committees approving scripts. If HBO allows each director to do what they want With the franchise, expanding, tweaking, and having fun with this medieval world, we may be at the start of something interesting.

But if each new series will try to imitate the scheme of the original series, I’m afraid they’re dead before they start. After ‘Lost’, the last great television phenomenon before this, nobody thought of doing a spin-off about life in the hatch, a prequel about the arrival of The Others, an interquel to see how Jack was doing before to decide to return, a new generation falling on the island… Sometimes, things are better finishedwithout the need for further extensions.

Maybe ‘The house of the dragon’, the sequel to Jon Snow and the rest of the series that are going to come be visually amazingand even have a compelling story, but come at the wrong time: There is no palpable nostalgia for ‘Game of Thrones’there is no general demand (not particular, of course there are fans who want to know more) for new stories starring the Starks, the Lannisters and the Targaryens… the continuations of the series, regardless of their quality, have to overcome the fact to feel like easy moneymakers, charming snakes for those who enjoyed for a decade.

They have it difficult, especially since the only really interesting series that prepared the end of ‘Game of thrones’ was ‘arya’. And it doesn’t look like Maisie Williams is up for it.