In tears, puppy says goodbye to his owner at his funeral 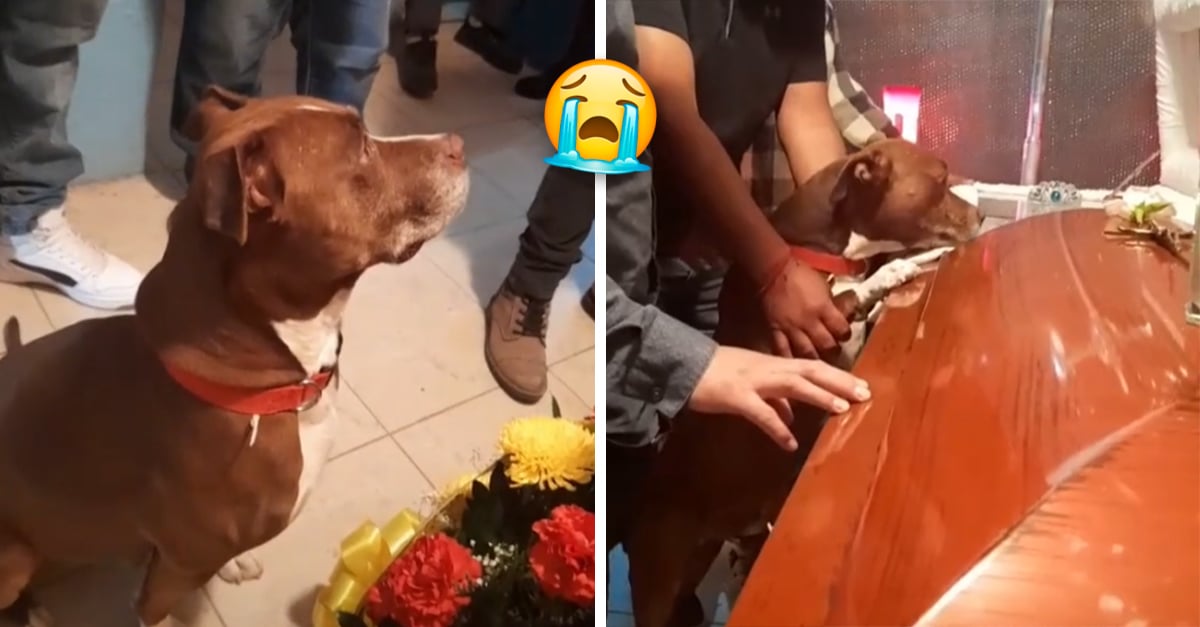 There is no doubt that there is no friend more faithful than a dog, because his love is so unconditional and noble that no matter what happens, he will always be by our side, even until death. Proof of this is the story of Zeus, a sad puppy who climbed into the coffin of her owner to say goodbye to her.

The emotional moment was released through a video shared by a user identified on TikTok as herreranalleli. The woman captured the exact moment in which the dog, a brown pitbull breed, puzzled by the situation and with the help of those present, managed to climb into the coffin to see and say goodbye to his “grandmother”.

At the beginning of the clip, with the song I will miss you interpreted by Tercer Cielo, you can see the restless lomito moving from one place to another. First, he begins to smell the flowers, and then he begins to observe the people who are at the funeral. Then a man talks to the dog to come closer and say goodbye to his owner.

We will miss you mommy 😢 #Zeus

♬ I will miss you – third heaven

We will miss you, mommy #Zeus.

The sad scene of Zeus with his legs on the woman’s coffin while licking the hands of a man next to him not only moved those present, but also managed to reach the hearts of millions of Internet users.

The popular video did not take long to become a trend, because once published, it managed to get many visits. At the moment it has more than 5 million views, more than 732 thousand “likes” and more than 16 thousand comments.

Moved by the moment, users did not miss the opportunity to leave their comments, congratulating people for involving the dog in the woman’s farewell, who pointed out that his departure also hurt him.

After the viral video of the funeral, Nalleli published more recordings in which he showed that the deceased woman was her mother, who is known to be an elderly person due to a series of photographs of moments together. The next day, the woman posted a clip in which she presents Zeus, the dog that went viral at her mother’s funeral, through several photos.

Episode 6 of The Sandman series moved Neil Gaiman to tears