“He’s a very serious filmmaker and he’s already an age.” Kevin Smith unearths the controversy between Martin Scorsese and Marvel 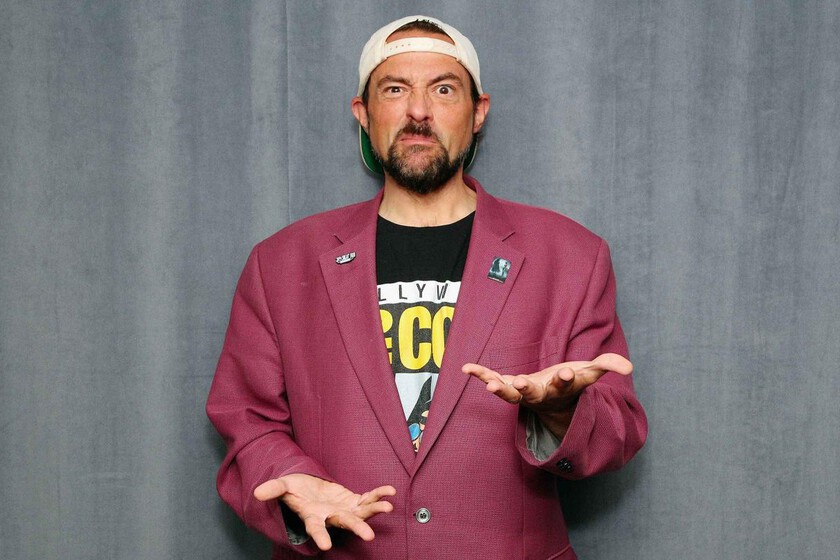 When we thought the world had already forgotten what he said Martin Scorsese about superhero movies eons ago, Kevin Smith, who has just presented the trailer for his brand new ‘Clerks III’, has lowered the mud again after being asked about the subject in an interview with Forbes.

During the conversation, the filmmaker, podcaster and —I think we could already classify him as such— polemicist, has appealed to the feelings of the marvelite fandomhurt after Scorsese called MCU feature films “amusement parks.”

“In our very tribal culture, someone like Martin Scorsese referring to superhero movies as amusement parks makes people who have made comic book adaptations a part of their lives for the last ten years very unhappy.”

However, Smith pulls common sense and asks himself a question: What do you expect if you ask something like that to a man in his late 80s and with well-known cinematographic sensibilities?

“You’re asking the guy who made ‘One of Us’ what he thinks about Spider-Man, what did you think he was going to tell you? He’s a very serious filmmaker, and he’s a man who is of an age and is reluctant to change. No You should be surprised by his answer.”

Finally, the filmmaker stresses that these controversies could be attenuated if the questions that prompt them were ignored, and shows his faith that a world in which fans of different genres can coexist in harmony it’s possible.

“If someone says to you, ‘What do you think about superhero movies?’ you’re just like, ‘I love all movies, movies are my life, blah blah blah… You know what? For every old filmmaker who’s like, ‘I don’t get it,’ there’s a handful of young filmmakers who think, ‘I get it, and I want to do it.’ from the same movies as us.

Is ‘Avatar’ a plagiarism of ‘Pocahontas’ and ‘Dances with Wolves’? James Cameron is very clear that no and thus explains why there are similarities

Break the mold with HONOR technology

Blazers, jackets, sweaters and more pieces in blue for all your autumn looks that you can make your own with the Selected sales