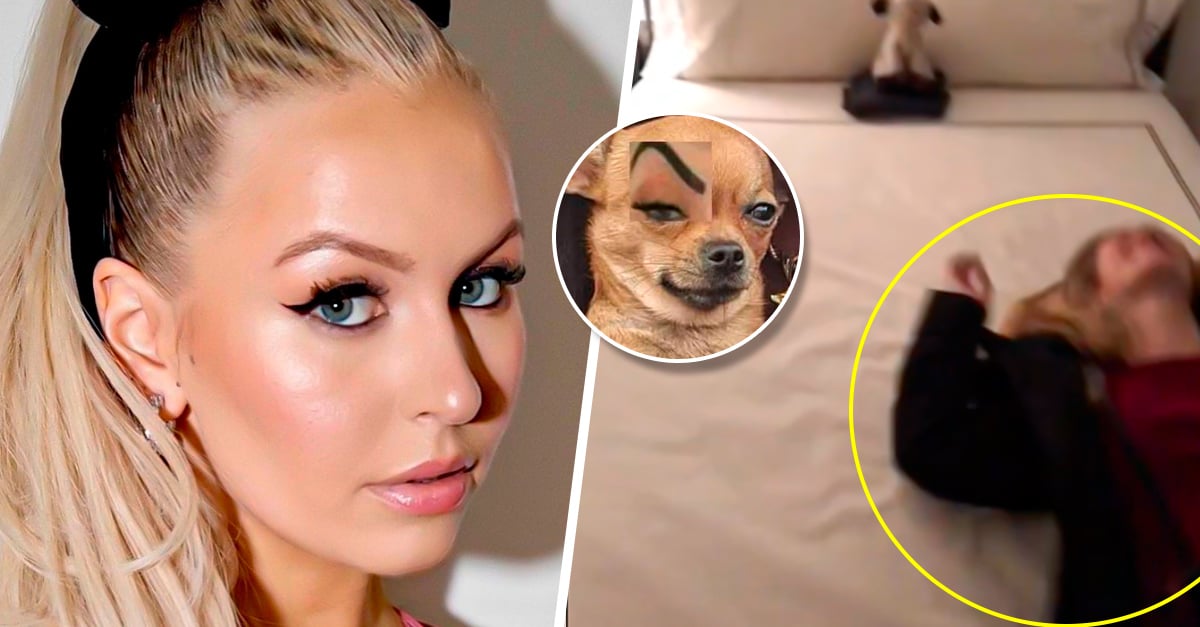 You will not deny us that at least once in your life you have felt that uncomfortable feeling in the pit of your stomach that you are absolutely sure that your partner is cheating on you. Although honesty and communication are essential in a relationship, unfortunately, this is not always the case, especially when your other half takes to cheating.

Once you’ve recognized the signs, you want proof, and let me tell you that proof could fall from the sky at the least expected moment. Yes! Just like Serena Kerrigan, a girl who, due to technology, caught her boyfriend in the act.

Serena, 27, who appeared in the reality show from MTV nap keydiscovered that her boyfriend was cheating on her for the function live photo or “live photos” from her iPhone, which revealed that another girl was lying on her seemingly “empty” bed.

This feature converts still images to video because it records 1.5 seconds before and after capturing a photo. Also, you can see the result by pressing the screen on the image and,voila!, you have a quick clip of the shot. This is what Serena did with the image that her boyfriend sent her.

While the still image showed a neatly made bed, the “live” image showed a girl happily falling backwards onto it, milliseconds after the distracted boyfriend took the photo.

New York native Serena shared the photo “live” in a TikTok clip and unsurprisingly, it quickly went viral, racking up more than 14.9 million views and 2.9 million likes. In addition, the recording has been flooded with comments from users who demand a video with the complete gossip.

The video, subtitled “When the guy you’re dating misses you, but then you click on the live photo” and “Looks like you have company”, was also showered with comments from other users who were dumbfounded by the clumsy mistake of his boyfriend.

– ‘My mom asked me why I was out of breath and I had to explain to her what a Live Photo was and now she feels so bad for you.’

Dozens of people asked if she had confronted her boyfriend about the video and if he had tried to come up with an excuse, while others questioned if she had seen the live image playing the sound, noting that if she had, Serena might have heard. something that would reveal more details about the girl her boyfriend was with. Thank you, Serena, for teaching us to pay more attention to live photos!