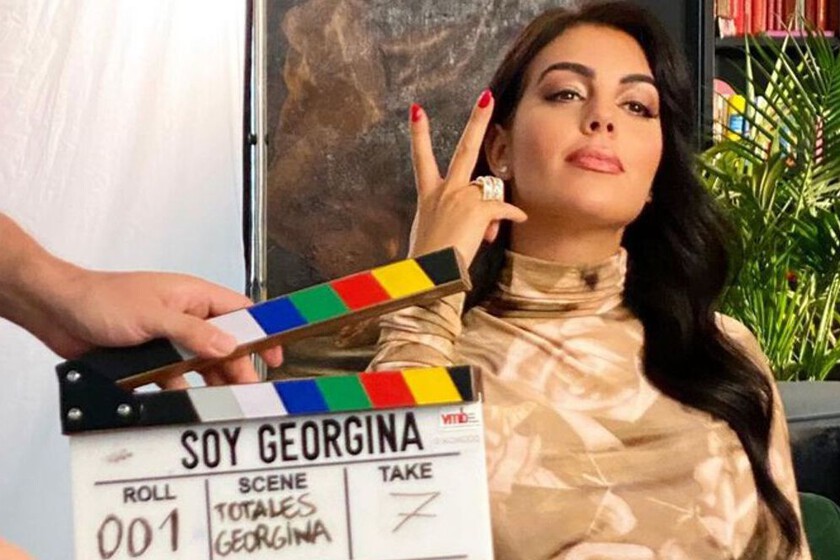 At the beginning of the year, Netflix premiered ‘I’m Georgina’, the reality? (if we can consider that some of what we see here is real) about the partner of soccer player Cristiano Ronaldo. Since there is no non-ironic way to see this, we are going to review some of the most delirious moments that confirm it as a program to watch with a brain turned off, with which you can also have a laugh.

The Wallapop for millionaires


One of the most memorable moments is when Georgina talks about redecorating her house and is advised to sell her furniture online. “I have many friends who buy their furniture online, but of course, this furniture is quite large and does not fit in any house. I can’t put this on wallapop“, after which he wonders if there is a website specialized in selling “luxury” furniture.

In the first “Quedada de Queridas” that they show us on the reality show, Georgina shows off her special ability: “Georgiology”. This trick, according to her, allows her guess the gender of babies that have not yet been born and consists of asking the person to show you their hands and if they put them up, it will be a boy, down, a girl. After this, she takes the pendant from him and pulls it close as if he is summoning the spirits: “Line! You’re having a girl!”.

It is not a specific moment but we cannot fail to mention the interviews with Cristiano Ronaldo, who does his best to speak broken Spanish, although many times the dramatic effect of the scene is loaded. At least we have the subtitles to piece together the sentence and figure out what he meant by things like “I thought he was super old for his age.”

Georgina always tries to emphasize that she is a person “just like you and me” and, of course, even her the wifi goes out from time to time: “Always with the fucking Wi-Fi, four routers at home for this” she complains when the video call is cut off to choose outfits.

Speaking of outfits, in this same scene she reveals the secret of her style: “I like to combine a 5 euro tracksuit with a big bag or with jewelry. There are people who won’t understand.” She, misunderstood.

Another display of “worldly problems” is when the reality star starts planning her vacations. Georgina remembers when she spent the summer as a girl and how much she misses it, just before specifying what she is looking for to her “holiday planner”: a villa, with many rooms, a private pool, with a jetty… if you don’t have gym nothing happens because they already bring the machines. “We are like any family“.

Georgina emphasizes over and over again that her life, “although it seems perfect”, is also full of sacrifice: like after every game, when what she and Cristiano would really like is to catch a plane and go have a drink at london but “make the effort” to return home with their children. Or that time when she wanted to wear a cowboy dress to go to the game but no, being so sexy to see if she from the stands is going to distract her husband.

If there is something real in ‘Soy Georgina’, it is probably Cristiano Júnior. to the poor boy they take him from here to there and it’s always sticky, looking not having a particularly good time. Special mention to the chapter in which they go to the amusement park to celebrate their birthday. “That Junior liked the surprise so much is the best thing that can happen.” It’s already noticeable.

Lastly, the culmination of the reality show comes with a series of outtakes worth their weight in gold. “I didn’t know if I had to greet him with a reference,” she says in one of the interviews. “Reverence” corrects the cameraman. There’s more: “I didn’t know she was accompanied by so much royalty and bureaucracy.” “Aristocracy” they correct him between laughs. “It’s just that I get aristocrazy” she also answers with laughter.

This Ikea piece of furniture raises the coat rack to the category of wardrobe, it is multipurpose and fits in any corner

Ben Stiller and Sean Penn among 25 Americans on Russia’s ‘blacklist’: how does it affect them?