Elon Musk knelt and apologized to the co-founder of Google 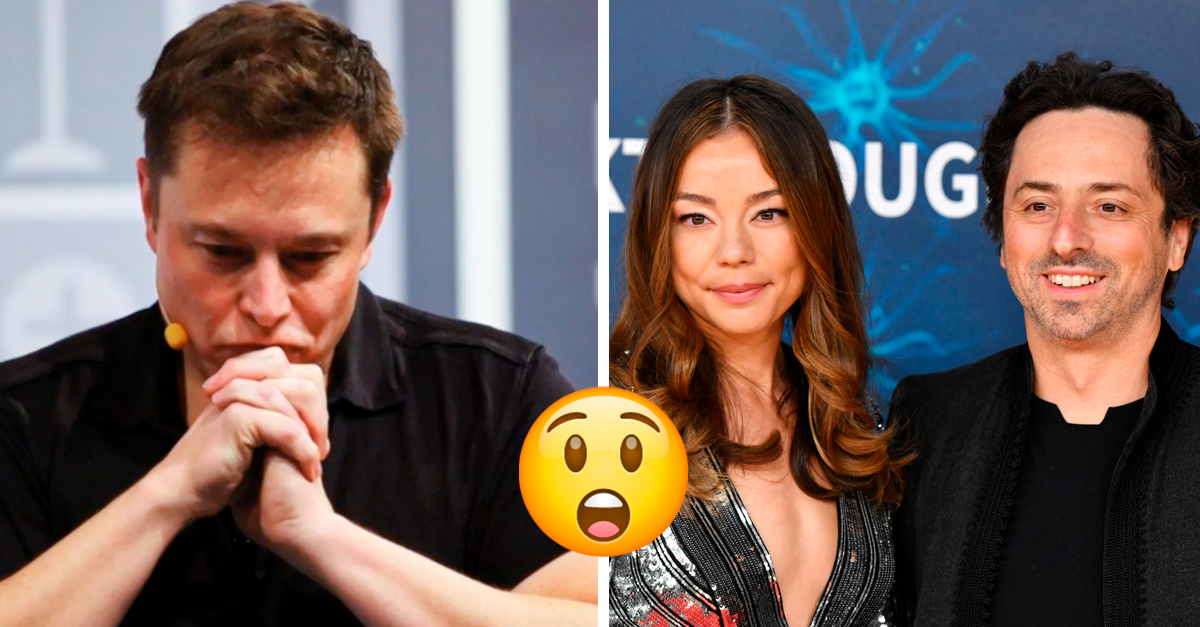 Last July 24, The Wall Street Journal (TWSJ) reported that Elon Musk had an affair with Nicole Shanahan, wife of his best friend, Google co-founder Sergey Brin, which led to the couple’s divorce in January this year.

According to the American newspaper, Brin, 48, who together with Larry Page co-founded Google in 1998 after almost four years of marriage, filed for divorce from Nicole Shanahan, citing “irreconcilable differences”, just a few weeks after learning that he had a brief fling with Musk, 51, in December 2021.

According to TWSJ, during the months that followed, Brin gradually divested himself of all his personal investments in the South African-born tycoon’s companies. Specifically Tesla, in which the Google co-founder had invested half a million dollars after the 2008 financial crisis to help the automaker recover. However, until now, the newspaper has not been able to confirm any sales.

Additionally, sources familiar with the matter told the TWSJ that Musk and Shanahan’s alleged affair occurred during the Art Basel event in Miami and shortly after Brin and his wife split, although they still lived together. The couple, who share a three-year-old daughter, were considered the most glamorous in the world of technology and one of the most powerful on the planet.

As if that were not enough, TWSJ reported that the CEO of Tesla and SpaceX, who had twins with an executive of his company Neuralink last year, would have apologized to Sergey Brin at an art festival. According to witnesses, Musk got down on one knee and begged his old friend for forgiveness. However, although the Google co-founder accepted the apology, the relationship between the two was never the same.

Moments after the publication of the Wall Street Journal, pointing to it as the cause of the divorce of Sergey Brin and Nicole Shanahan, Elon Musk denied the alleged affair with the wife of the co-founder of Google.

Through his official Twitter account, the SpaceX founder said that the recent TWSJ report is “totally silly” and that he and Sergey “are friends”:

This is total bs. Sergey and I are friends and were at a party together last night!

I’ve only seen Nicole twice in three years, both times with many other people around. Nothing romantic.

This is total s**t. Sergey and I are friends, we were at a party together last night! I have only seen Nicole twice in three years, both times with many other people around. Nothing romantic.

Even in a later tweet, Musk shared that his sex life was noticeably absent:

Haven’t even had sex in ages (sigh)

I haven’t even had sex in years (sigh).

TWSJ’s report comes as Elon Musk is going through a tough time. The American billionaire will have to face Twitter in court for having given up buying the social network. Twitter has already scored a first win by getting the test done as quickly as possible.

“I read the script in Google translate.” Jaime Lorente reveals his most complicated casting in ‘El hormiguero’ and Adriana Ugarte tells of her ritual to get into a role

Girl finds photo of her deceased grandfather on Google Maps

From Gigi Hadid to Ken Olin: They are the celebrities who have abandoned Twitter since Elon Musk is in charge

This is MANGA Plus, the platform where you can update ‘One Piece’, ‘Dragon Ball Super’ and your favorite manga completely free

Trigun returns with a redesign of Vash the Stampede