An eccentric zombie comedy with Bill Murray arrives on Netflix 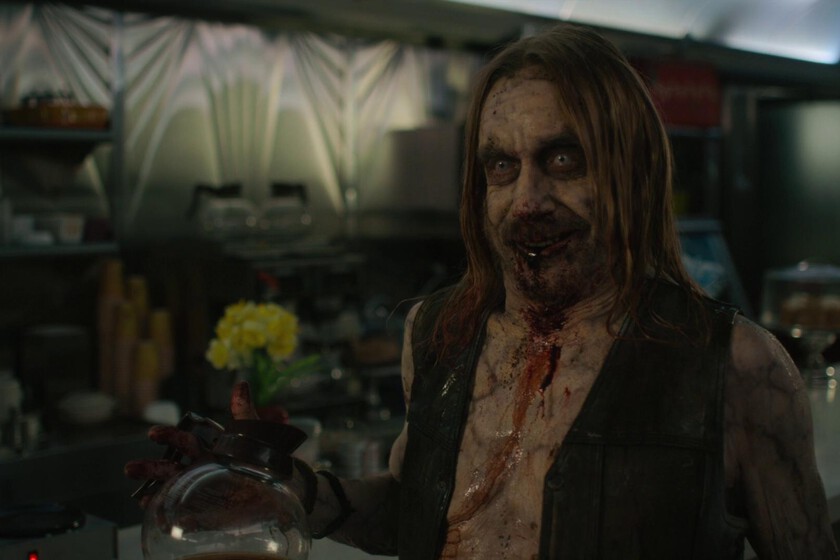 A couple of days ago, news was widely shared in which the Earth’s core had slowed down, initiating a series of processes that could range from shortening the days to changing the direction of the planet’s rotation, and there was no shortage of apocalyptic reactions. It is, of course, a mechanism acquired after several waves of COVID variants that were received with absolute fatalism.

That anticipation of disaster is, of course, the opposite of what we usually see in disaster movies, where they hit us without us expecting it and it usually takes a while to process the phenomenon and its causes (it is a way of distributing the exposure of information). It is something that, unexpectedly, subverts one of the most eccentric horror comedies of recent years: ‘The dead don’t die’.

This is not going to end well

Now available for streaming on Netflix, Jim Jarmusch’s film makes an intense but at the same time relaxed review of zombie mythology captured on the big screen, with references to classics like George A. Romero but also a lot of self-consciousness about its nature as a late post-apocalyptic film. Jarmusch decides to play the advantage of seeing all the rules of an undead movie from the outside.

The premise is simple, with a small town threatened by the awakening of the dead, a trio of police officers played by Bill Murray, Adam Driver and Chloë Sevigny who must face them and a more varied group of absurd characters who will appear to make it more strange. the function. From very early on, the film refers to the awareness of the characters regarding the threat and the cause, but also to the fact that they know they’re making a zombie movie.

This, of course, isn’t ‘Zombies Party’ or ‘Welcome to Zombieland,’ which made quite an energetic celebration of the genre since comedy. This is a Jarmusch film, and it’s going to be anchored in a narrative rhythm so dragged that it seems to emulate the movement of one of his undead. A way of accentuate that absurdity that the director likes to cultivatesince from there he finds the truly human moments that he likes to study.

‘The dead do not die’: a totally different zombie comedy

Between several jokes of zombies that look like Iggy Pop addicted to coffee or references to the script pages that the director has given them, Jarmusch makes an interesting film about how death stalks us all. It’s not uncommon for an aging director to ponder mortality (including his own), but Jim doesn’t succumb to complacency and finds a fun way to study it while he lets go of it. a totally different zombie comedy.

It’s quite a challenge to the patience of the average fantasy viewer, because Jarmusch isn’t interested in a typical horror movie. To be fair, he has rarely been interested in making regular films, he has always found a special way to explore different styles of cinema from the outside. That is why ‘The dead do not die’ is not the love letter to the genre that some may expect, but it is an interesting free verse in an established genre thanks to phenomena like ‘The Walking Dead’ or the recent ‘The Last of Us’.

In Espinof | The best zombie movies of all time

Georgina Rodríguez announces the second season of ‘I’m Georgina’ on Netflix in full luxury: what do we know for now

Halloween: The End (2022) Review: It starts out great but then it’s a very quiet close to the Michael Myers story