Who has won more races, Superman or Flash? 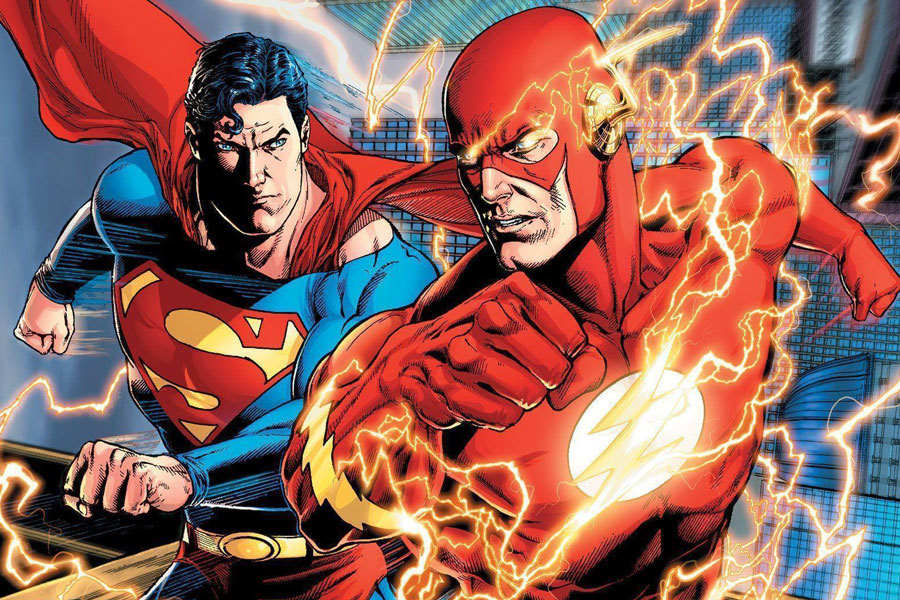 Are there any official stats on the Flash and Superman facing off in races? At DC Comics we have other data and we share with you who the champion of speed

The tricky thing about tabulating the results of the epic Superman vs Flash races is that, for most of DC’s history, there has only been one Superman, while in the 80 years of the Man of Steel’s existence there have been multiple Flashes.

Do not miss: Is Superman faster than Flash? This is the official answer

So, in the interest of measuring Kal-El’s foot speed against each Scarlet Sprinter, we’re going to separate each of their runs.

There is common folklore among debaters of this very question that the Flash is faster than Superman on foot, but Superman can catch up with him if allowed to fly. We’ll see if that’s true, but Jay’s only recorded run with Superman happened with all feet on the ground.

In DC 1st: Flash/Superman (July 2002), Abra Kadabra organizes a race between the heroes in which only the winner will die and the loser will be saved.

Naturally, each hero wants to make the sacrifice for the other. Ultimately, it’s Jay who crosses the finish line first, stealing Superman’s speed in a move he learned from Wally West.

In episode five of the fourth season of the series Smallville, a young Clark Kent curiously meets the future Impulse before crossing paths with Barry Allen or Wally West.

Showing the future Man of Tomorrow that he still has a lot to learn, Bart got Clark to bite the dust on a long stretch of Kansas highway.

The first decisive victory between Superman and a speedster takes place in World’s Finest Comics #198-199. As the cover of issue 198 boldly puts it: “And this time, there MUST be a winner!” Despite cover illustrations to the contrary, this race is also on foot, and it is Barry who claims victory.

Encouraged by Superman to use every power available to him, Barry defeats Superman and blows a bet Mxy made against him in the process.

The most infamous race in recent memory between Superman and Barry, once again on foot, is in The Flash: Rebirth #3. There, Superman, along with the rest of the League, tries to stop Barry from returning to the Speed ​​Force again to protect the family from him, as he has just been reunited with him.

“I’ve run with you before, Barry.”, says Superman to his old friend. “I even won some of those races”. (Ha! We have other data).

Barry’s response is one you’ve probably seen captured on the internet whenever this question comes up: “Those (races) were for charity, Clark“. The Flash quickly gets going, leaving Superman powerless to do anything.

This is reinforced in the 2018 Flash War story arc, where a super-speed battle between Barry and Wally leaves Superman with no hope of catching up with either hero, even in flight.

Superman’s first arguable victory against Barry occurs in Superman #709, one of the last pre-Flashpoint Superman stories, again on foot.

Here, we find Flash’s mind overwhelmed by a headband containing a Kryptonian sunstone, forcing him to run recklessly. Superman manages to reach Barry and remove his mind-altering crown, but Barry insists that his confused state is what allowed Clark to reach him in the first place.

The only victory for Clark against Barry occurs in Tom King and Andy Kubert’s Superman: Up in the Sky #4.

The entire story, and indeed both stories together so far, reinforces the idea that Superman is a being of many talents, but the Flash will always be the faster hero.

But unfortunately for the Flash, there’s one thing you can always count on Superman to do when it matters most: the impossible. (And hey, maybe this is the race Superman was talking about earlier.)

Although Barry often gets the top ranks these days, Wally West is truly the fastest man alive. That seems to be true in Wally’s first run against Superman, on foot, in Adventures of Superman #463.

Superman doubts that the young speedster who replaces his mentor has what it takes to fill Barry’s boots, but Wally is quick to prove him wrong.

Wally would beat the Man of Steel again in The Flash #209, even while Superman was flying. However, despite his relatively long stint as the Flash, there aren’t that many recorded races between Wally and Kal-El.

As mentioned above, Barry and Wally completely outclass Superman together in the Flash War arc and there are some races with results we can’t be sure of, like in the Superman: The Animated Series and Titans episode “Speed ​​Demons.” #7 (Reborn). We never got to see those races finish. But by the results recorded, Wally is the clear winner.

As we can see from the results here, the common folkloric promise that Superman can beat the Flash, any Flash, if he’s allowed to fly in the race doesn’t really seem to be true.

In the cases of Barry and Wally, if we include the races Superman flies in, the record against them is even more lopsided. And the few times that Superman actually managed to score a victory it was on foot. If there’s one thing I’ve put together, it’s that the real answer to who wins a race between Flash and Superman is simply this: the winner is the one who needs it most.

It may interest you: Why is the Flash faster than Superman?

The Flash: possible cameos that we would love to see on the big screen

This is what The Flash’s new suit looks like

Who is Hasnat Khan, the heart surgeon who won the heart of Lady Diana. This is how they portray their relationship in ‘The Crown’

VIDEO: Ángela Aguilar is Rihanna’s special guest in her new show. Here are the details!

They give their teacher money for her son’s chemotherapies

The English (2022) Review: the spectacular series on HBO Max is a sordid western led by a superb Emily Blunt