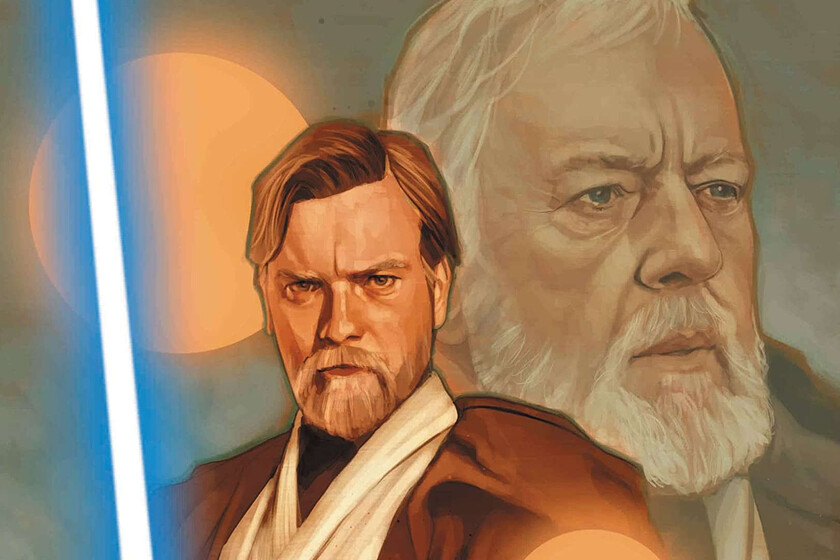 The day is coming to see what Obi-Wan Kenobi’s return to Star Wars has in store for us through the new Disney+ series. The fiction starring Ewan McGregor takes place in a time that is being explored little by little on television (also ‘Rebels’) but that has not focused much on the whereabouts of the jedi.

Although we have seen the character at length during the “prequels” and ‘The Clone Wars’, the character has a “hidden” time between the end of ‘Revenge of the Sith’ and ‘A New Hope’, when he we first saw with the face of Alec Guinness. What has happened in those years is something that we can elucidate through the comics.

The task is somewhat complicated, because despite the decades of “expanded universe”, the clean slate that Disney made last decade has made that many of the hero’s adventures are apocryphal (Legends). However in the current ‘Star Wars’ canon we have a couple of interesting stories that give us a clue.

Beyond the adventure that the Disney + series can present us, if we stick to the comics, they tell us that we will have a Obi-Wan trying to survive under the radar and careful that nothing happens to the son of his former disciple.

Thus, one of the most pertinent stories is found precisely in number 7 of the ‘Star Wars’ collection, written by Jason Aaron (Of which we have already talked about ‘Thor: Love & Thunder’). with pencils of Simone Biancheas an interlude, we had Luke Skywalker reading a diary that he finds in previous issues.

In it, Obi Wan relates how he has been exiled and hidden on Tatooine for years and how hard it has been for him to stop being a jedi. Now it’s Ben, the hermit, watching with resignation as his days pass and the frustration of not being able to train young Luke. In this issue we see an altercation with the collectors of the water tax, ready to take the Lars’s.

It would not be the only presence of the Jedi in this Aaron series, we would have two more installments of old Ben Kenobi’s diary in numbers 15 and 20, both drawn by Mike Mayhew. Picking up some loose ends from the first installment, Obi-Wan (who is still watching) has to finally dust off his lightsaber to face Black Krrsantansent by Jabba the Hutt in reprimand.

Aaron would once again return to old Ben’s diary, but this time to recount Yoda’s Secret War, an event set before ‘The Phantom Menace’. Something that will become a small constant due to the apparently quiet life that she had on Tatooine.

Finally we have to take a look at a new series, fresh out of the oven in the United States, titled ‘Star Wars: Obi-Wan Kenobi’. Written by Christopher Cantwell and drawn in its first issue by Ario Anindito, it brings us back to the Jedi twenty years after arriving on Tatooine as he reflects on some of his adventures over the years. Basically, it’s the creation of the same journals that Luke will discover years later.