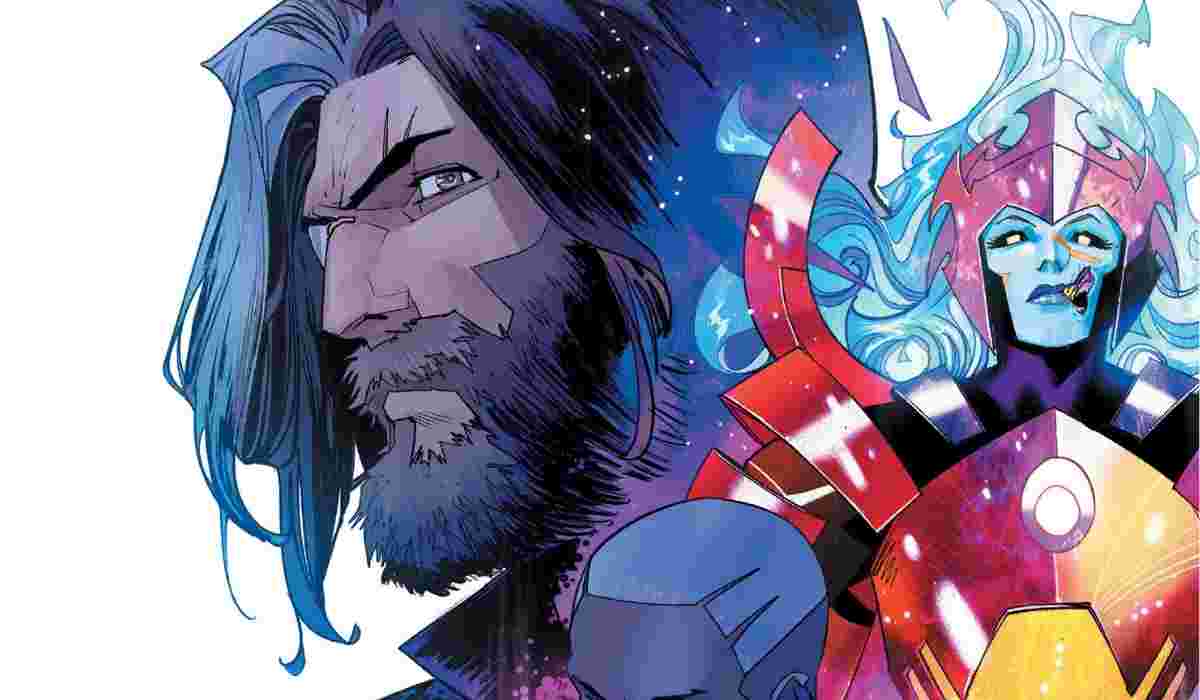 We only find them when they’re dead, a Space Opera with philosophical overtones by Al Ewing and Simone Di Meo. What makes a man go looking for the gods?

In We only find them when they’re dead, the discovery of strange titanic beings in space begins a new commercial race to seize the raw materials that house these corpses. The crew of the Vihaan II has been working for a long time doing autopsies on these beings who can only be given one name, Gods. Doubts are nipped in the bud, living gods cannot be sought, and the price may be as high as death. But Captain Malik wants more than just harvest for millionaire companies and survive, he wants the secrets of the universe.

We only find them when they’re dead is Al Ewing’s (The Ultimates, Immortal Hulk, Doctor Who) first work to Boom Studiosand with the art of Simone Di Meo fleshing out his ideas, he has decided to take a risk with his new work.

Ewing poses a limited future, he does not create an entire universe, but instead focuses on a closed environment, with very specific characteristics, an activity that seems ordinary that originates from an extraordinary event. Space gods appear dead floating in space and humanity instead of looking for the why and where of this discovery, decides to exploit it. Each body is dissected to obtain meat, metals, fuels and technology, depredated, dismembered little by little, the scavengers take everything possible from the corpse. A business that is controlled by large corporations that force many to take risks to get a little more than survive, losing their lives in the process many times.

But a crew of four mavericks want more or maybe the captain has convinced them and the unanimity is not such. But the decision is to go further, look for a living god, and find out what happens, to be able to hear from their mouths because the known space is littered with their deceased companions. The risk is enormous, and for the Vihaan II even more so, Captain Malik’s past marks the ship as a risk target, to be followed and controlled, which increases the difficulty of the escape.

Ewing and Di Meo leave nothing in the inkwell

Science fiction is not unknown to Al Ewing. The British writer has worked on 2000Ad, Doctor Who or the Guardians of the Galaxy, his ability to entertain and create intelligent and action-packed stories make him recognized, but it is his ability to include other concepts and deep ideas between battles and chases which has taken him far in the comic book market. And in ‘We only find them when they’re dead’ he displays his ability to talk about existentialism, freedom, about family and love, about responsibility and fear and the attraction to the unknown. There is much more than meets the eye in each issue of this series.

And if Ewing is capable of proposing a lot, Simone Di Meo is capable of turning all these ideas into cartoons, into pages, into pure and simple art. With a very defined style that brings him very close to digital art and its resources, the man from Turin draws ships with angular and aggressive designs, with such advanced technology that it gains simplicity. With a characterization of characters close to the cartoon to be able to create feelings in a few gestures. And the action forces lines and color until the kinetic sensation catches and leaves traces of sparks in the depths of the reader’s eyes.

We only find them when they’re dead It is a space opera from the past, with meaning, with quests, with adventures, and above all with futuristic art that puts it ahead of much of what is published today.

We only find them when they’re dead

Title: : We only find them when they’re dead

Description : To the Ewing (the immortal Hulk) and Simone Di Meo (Mighty Morphin Power Rangers) bring us an epic science fiction about the search for meaning and the difficult decisions we must make to find it, it costs what it costs the world – or the universe—that surrounds us.

Clarice season 1 (2020) review: Amazon’s ‘Silence of the Lambs’ sequel series is a crime thriller with wasted potential for its lack of ambition

Outfits with zebra print pants that will make you look fabulous

Hold on! Here is the first trailer for Shazam! Fury of the Gods