We already have a premiere date for the promising post-apocalyptic series directed by Rodrigo Sorogoyen, Raúl Arévalo and more 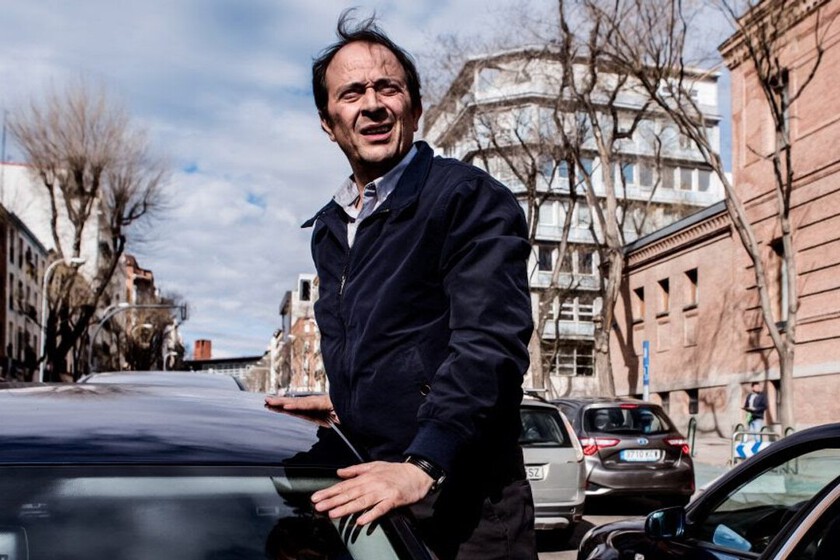 It may be, by far, one of the Spanish series that I most want to see as a fan of the podcast on which it is based. Movistar Plus+ has revealed a first trailer and the release date of ‘Blackout’an anthology of five episodes that will take us through different stories set in a world without electricity.

Developed by Fran Araujo (‘Rapa’), who has been in charge of coordinating the scripts, is not so much a remake of the podcast by José A. Pérez Ledo (‘Caminantes’) but rather an expansion of the sound chronicle of this Spain plunged into chaos when a solar storm causes a lasting total blackout and the collapse of society.

This will be done through five episodes:

Made by Louis Callejo (‘Late for anger’) directed by Rodrigo Sorogoyen and script of Elizabeth Pena (‘Riot gear’). The synopsis reads:

At the start of ‘Blackout’, it is told how in the midst of the difficult management of a train accident, the Madrid Civil Protection and Emergency team receives notice of a possible solar storm. Ernesto is the only one who believes that measures must be taken as soon as possible, no matter how uncomfortable or compromised they may be. The slowness with which the information arrives, the doubts of the experts and the fear of reacting play against them.

It is led by Raul Arevalo (‘Late for anger’), with a script by alberto marini (‘La unidad’), Araújo and Arévalo and a cast made up of Ainhoa ​​Santamaría, Melina Matthews, Tomas de Estal and Javier Tena.

A few weeks after the blackout, a hospital staff has to face a new reality. Without diagnostic capacity due to lack of machinery and hardly any medicines to treat the sick, doctors do the unthinkable to continue saving as many lives as possible.

The residents of a small urbanization have managed to organize themselves to survive in this new reality. Everything changes when a group of children settles in the area and threatens the coexistence they had built.

In this episode we meet Cortelazor, a shepherd who has lived in the mountains all his life, taking care of his herd of goats as his father and grandfather did before and living alone from nature, as has always been done. A life that will be threatened by the arrival of a group of people from the city, fleeing the chaos and lack of food caused by the blackout. When the city men attack his herd, Cortelazor has to defend him.

This chapter is by Isaki Lacuesta (‘Between two waters’) in the direction and Campo and Araújo in the script. It has Maria Vazquez, Mourad Ouani and Sofia El Bouanani in the cast.

In this episode we return to the day of the blackout. There is still electricity but Alicia knows what is about to happen. The blackout hits her as she is about to arrive at a farmhouse in the middle of the night. It is her parents’ house and she hasn’t been there for so long that the next morning she discovers to her surprise that she is not alone.

Although each episode is independent, they will be interconnected with each other. What they no longer tell us is how. With these names behind (Sorogoyen, Arévalo, Campo, etc), the series promises a lot. We will have to wait another couple of months to see if it lives up to expectations in this story of collapse that they offer us.

Barcelona, ​​on the hunt for Real Madrid in LaLiga

Tom Hardy will charge a real savagery in Venom 3

Sale of whipped cream banned for possible use as a narcotic