Thor’s battle armor: discover its origin in the comics 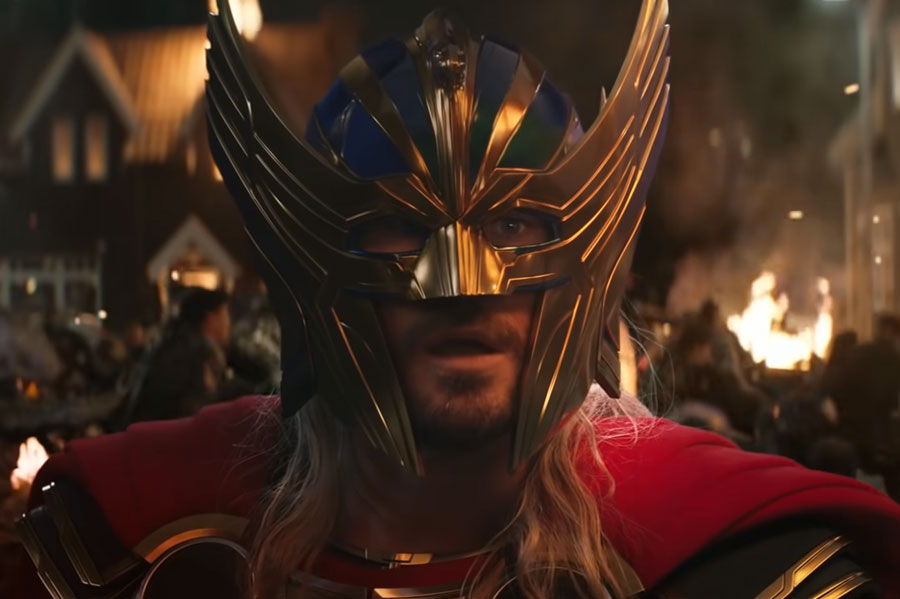 Surely you noticed it in the trailer for Thor: Love and Thunder, we explain the origin in the comics of this battle armor.

If you are a fan of Thor, you must remember the helmet he wore in his 2011 debut film and that for his participation in the Contest of Champions fight arena in Ragnarok (2017) he had a new helmet. So war attire is not something new for the God of Thunder. However, in the trailer for Love and Thunder we see him with a new model that covers his face. In the comics, this Thor helmet is part of Thor’s battle armor, which in the comics is the brainchild of Walter Simonson and Sal Buscema.

Do not stop reading: The Living Tribunal and other cosmic entities will appear in Thor: Love and Thunder

As seen in the trailer for Thor: Love and Thunder, Odinson’s new costume features yellow and blue motifs and includes a helmet.

In that distant time, Hela had placed a curse on the God of Thunder that made his bones brittle and that despite pain and easily acquired injuries, Thor could not die. Thus, the heroes had to grow a beard to hide his wounds and forge an Asgardian steel armor that would provide him with the necessary protection.

Although Thor’s battle armor was destroyed during combat on the planet Pangoria, he later rebuilt it and has used both it and some variants.

The God of Thunder awaits you in our online store with:

Photos of men who show that being parents makes them happy