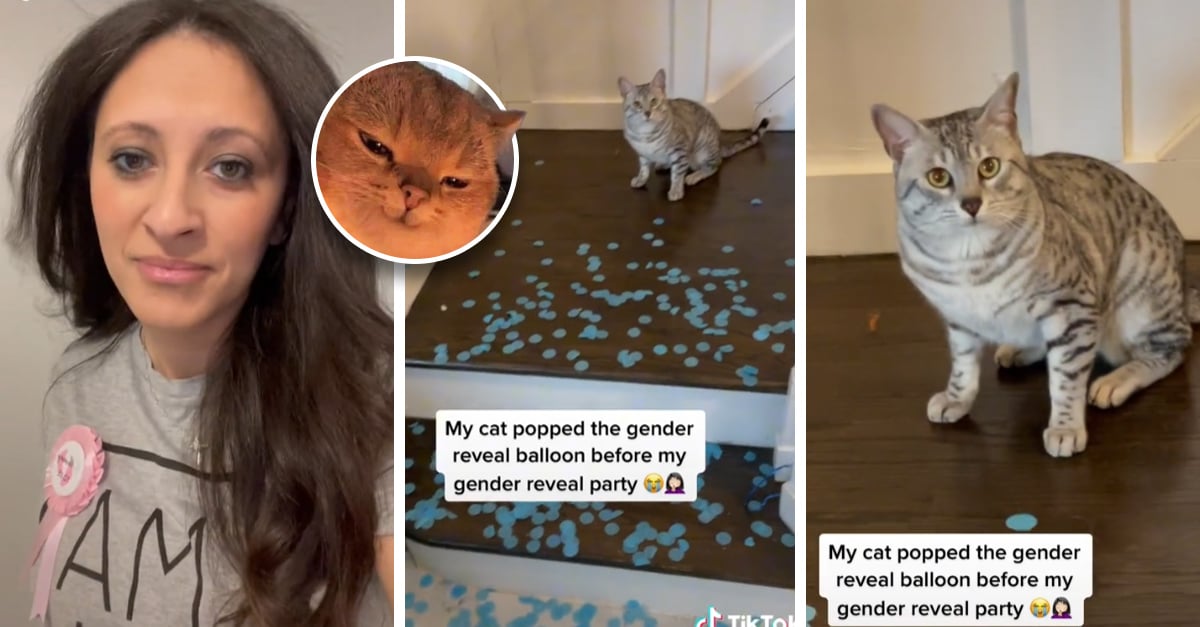 In recent years, gender reveal parties have gained popularity among pregnant women, as it involves all their loved ones, as family and friends organize a meeting to inform the next parents what the sex of their baby will be. baby.

The main elements for these parties are the balloons filled with colored pieces of paper that parents must burst to find out if they will have a girl or a boy, depending on the color they have inside, whether it is blue or pink.

However, things don’t always go as planned and at the slightest carelessness something can come up that ruins everything. Just as it happened to this woman, whose gender reveal party was quite a fail after her cat popped the balloons prematurely.

Through her TikTok account, Marsha Girgis showed her cat in a video in which, with the song Oh no In the background, we can see the cat sitting in front of many blue papers, so it is a fact that Marsha will have a boy.

Interrupting my usual content to show you my Gender reveal fail 🤦🏻‍♀️🤦🏻‍♀️🤦🏻‍♀️

The recording immediately went viral not only because his party ended up being a complete failure, but also because of the “I wasn’t” face that the cat shows in the clip.

For now, the short video has a million views, more than 144 thousand likes and more than a thousand comments, including those who told him that he should not have resorted to the balloon method having a kitten at home.

So now you know, if you are thinking of having your gender reveal party and you have cats at home, look for another option other than balloons.

16 People Who Made “Little” Mistakes That Ruined Their Day

VIDEO: Vicente Fernández Jr would have worried his family about his father’s inheritance

a bargain that comes with Dolby Atmos