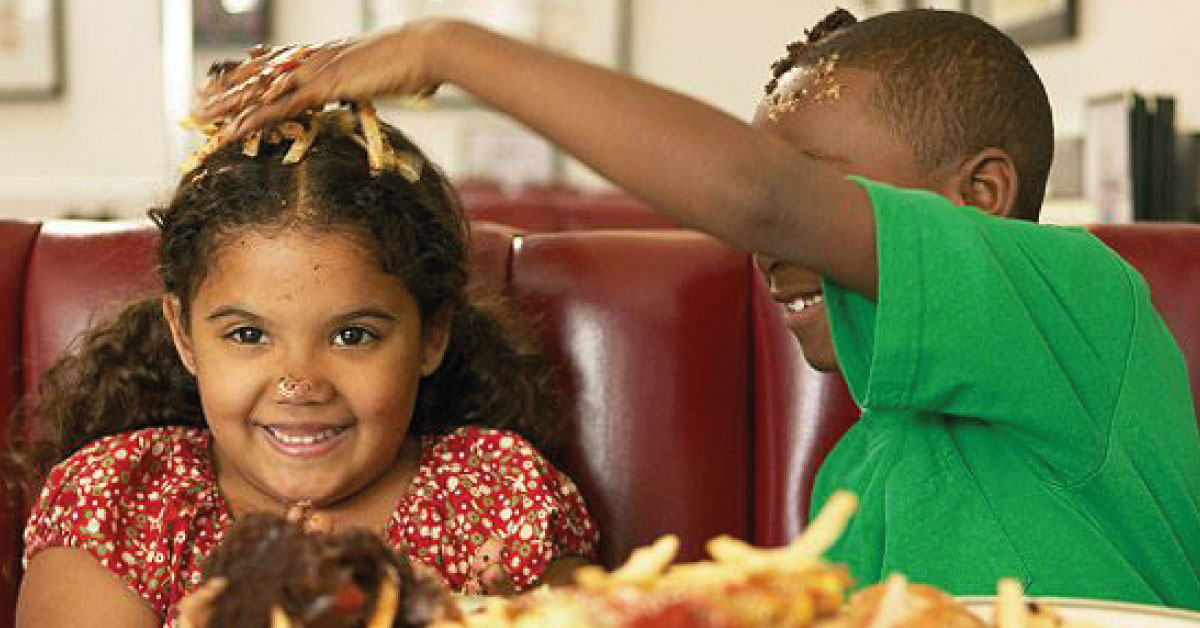 The woman complained about the bad treatment but the owner of the place replied that he did not have to put up with the bad behavior of the children.

Going out to eat is not always as easy as it seems, especially when you have children. In general, little ones do not like to sit for so long waiting for their food to arrive at the table. And many get distracted even when they already have their plate in front because they want to explore the place or do other things.

Of course, that’s not wrong; however, some parents are not always attentive to what their children are doing and let them wander around the restaurant risking an accident to themselves and others. Given this, those in charge of the place have to take measures that not everyone likes but that they consider necessary to ensure the well-being of both workers and diners.

In Spain, a case of this type occurred and a mother was not at all happy with the resolution of the restaurant owner. The woman identified as Paloma decided to take 5 children to eat with the hope of spending a pleasant time with the family and tasting a delicious dish. However, in the end she did not turn out as expected because they were kicked out of the premises due to the bad behavior of the infants.

The story broke in Twitter through the account @soycamarero. Her mother decided to leave a bad review of the restaurant on the internet where she told her version of the events so that everyone would see the “little patience” of the restaurant. She said that she received bad treatment because they were kicked out of the place after one of her sons caused a very small damage; according to her, it was not reason enough to throw them out.

«Place NOT SUITABLE FOR CHILDREN. We have gone to have a snack with five children and we have asked each one for their drink. When they finished, they began to play outside, at a specific moment a child brushed the wall with his foot and since he bothered them, they invited us to leave. » she started by saying.

Then she expressed that they called her “bad mothere” and suggested the use of a muzzle in their children. For her part, Paloma suggested to the restaurant that they put up a sign to indicate the prohibition of children in the establishment and thus avoid future unpleasantness.

«We don’t want children to be with mobile phones and tablets all day, but with this type of society that we are becoming where the laughter of children’s games is annoying, I see that we do not have many other options. Unfortunate »concluded the woman.

Of course, the food venue did not take long to make its version known.

Located in Grenada, Forum Sweet Patisserie Cafeteria issued a statement explaining that the children had been kicking and damaging the walls of the place among other bad behaviors.

«Children can play and shout all they want, that’s what they are children for, it would take more, but when the children kick the wall repeatedly until it turns black. When they throw a blackboard against a window and hang from a wooden post, being about to break both, the most logical and normal thing is that, as the owner of the establishment, I ask them to control the children,” said the manager bluntly.

Then he defended himself by mentioning that he should not bear damage to the property or other disrespect just because clients “give” him money. That is, they pay for a service and food, not to spoil things to their liking.

“To which they reply that I have to put up with it because they are consuming, put up with your children in their homes and teach them respect and education because not everything goes,” he concluded.