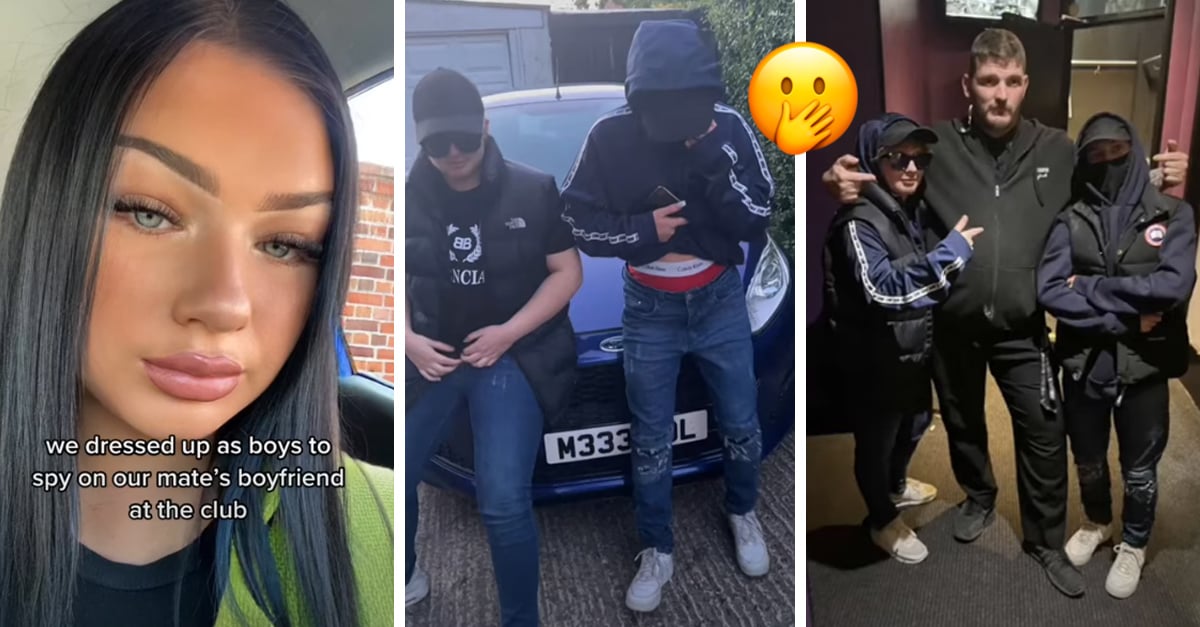 Every love relationship is based on respect and trust. However, the TikTok user identified as @meganpollicottx, named Megan, has raised the issue after sharing a video in which she and her best friend dressed as men to spy on a third friend’s boyfriend.

As expected, the clip sparked all kinds of comments, especially from those who dismissed the act as something out of place and invasive of privacy.

Megan tells that her friend’s boyfriend was going out with his friends to a bar. Her friend didn’t feel comfortable with this, so she asked her and a third girl to follow her boyfriend to find out how well he behaves when he is alone.

In order not to be discovered, Megan and her other friend disguised themselves with face masks, dark glasses and loose clothing. They even practiced their walk, voice, movement and even behavior, all in order to mislead the enemy.

Incredible as it may seem, neither the bar managers nor those present doubted that they were men, they even treated them as such. The most surprising thing was that some girls approached them with the intention of flirting and although this was uncomfortable for them, they knew how to cope with the situation calmly.

The best thing about this adventure is that they approached their friend’s boyfriend to tell him about the plan and he behaved like a gentleman, serene and polite. In the end, the girls had an adventure they will never forget and her friend can rest assured that her boyfriend has no interest in any other girl besides her.