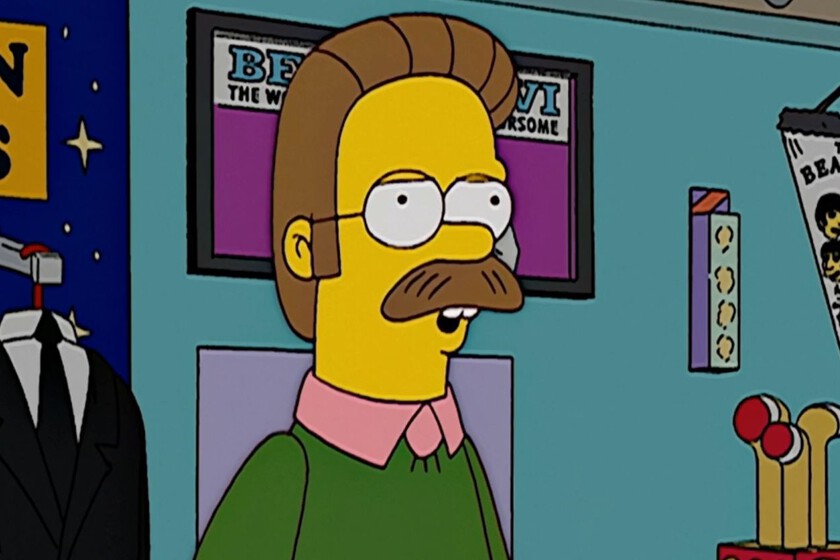 ‘The Simpsons’ has proven to be a visionary series on many occasions, to the point that it has predicted the future countless times. Now it’s time to add one more, because the famous animated series already predicted the repeal of the right to abortion in the United States in an episode that premiered 19 years ago.

So was the prediction

The chapter in question is ‘Bart, warlike’ and belongs to season 14 of ‘The Simpsons’. It first aired on May 18, 2003 and its story revolves around how Bart and Milhouse grow apart by joining rival youth gangs after a prank that results in the destruction of several items in Flanders’ Beatles collection.

It is precisely Flanders who shows his dissatisfaction with the judges, pointing out that they are incapable of keeping children at bay and that “they only serve to tell women what to do with their bodies“. A critique that today is tremendously topical on the occasion of the surprising decision made by the Supreme Court of the United States.

It’s still a shame that ‘The Simpsons’ got it right with a right that everyone took for granted in the United States and that has now given rise to each of the different states being able to apply different laws, to the point that some of them are likely to prohibit it completely.

You can watch the episode in question on Disney+. I remind you that we have a selection of both the best movies available on the platform and its best series.

Pablo Lyle found guilty of murder in the United States

Emmy 2022: complete list of nominees; Zendaya and ‘The Squid Game’, among which stand out

When will the Marvel panel be at San Diego Comic-Con 2022?

Evaluna is seen with Indigo for the first time! This is how the smallest of the Montaners has grown