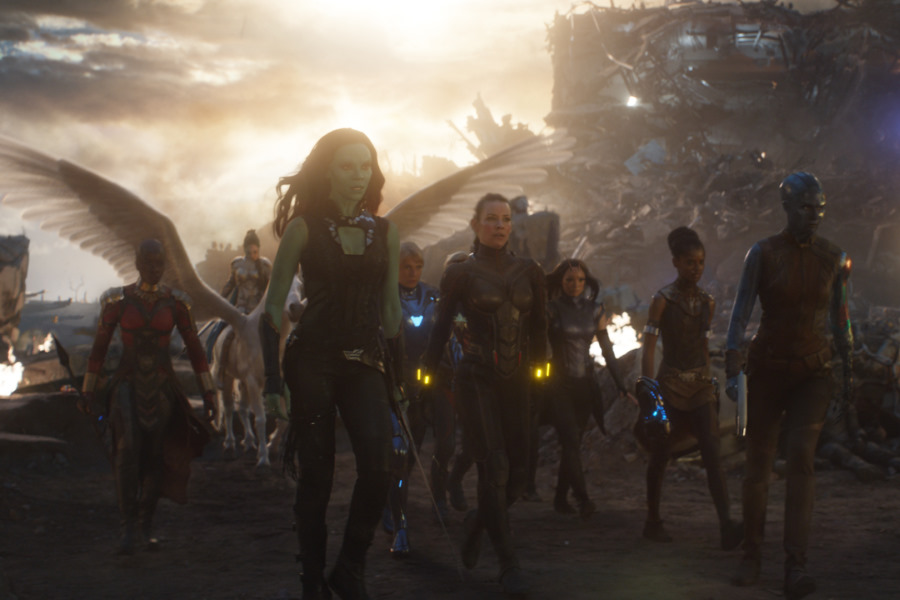 Discover the protagonists of the upcoming Marvel Studios productions, who will be the leaders of the future offered by the Marvel Cinematic Universe

The Marvel Cinematic Universe glimpses a future commanded by powerful women, who will take us to the two extremes between good and evil, with stories that have taken us from emotion, to laughter, tears and intrigue.

Do not miss: 5 powerful women who have appeared in the MCU series

Scarlet Witch, Shuri, Captain Marvel, Ms. Marvel, are just some of the great protagonists of the future of Marvel, which will be commanded by characters played by women who manage to capture the strength, dedication and courage that these characters give us in the comics.

Discover those in charge of leading the future of Marvel Studios with film and television productions that will leave their mark.

Wanda Maximof first appeared in the post-credits scene of Captain America: The Winter Soldier, where she and her brother Pietro volunteered for Hydra’s experiments with the Mind Stone in Sokovia.

After the events of Westview, Wanda masters the book of the Darkhold, to understand the scope of chaos magic, and although she allegedly disappeared after the events of Doctor Strange in the Multiverse of Madness, it is not ruled out that Scarlet Witch will reappear sooner or later. .

América Chávez, a bisexual Latina teenager, debuted in the pages of Vengance #1 (July, 2011). The heroine has the ability to travel through dimensions, thanks to the powers she developed by Demiurge.

Xochitl Gomez, the person in charge of embodying America Chavez, has begun to learn the extent of her powers, and her dedication to the Young Avengers could become a reality.

Another example of female power in Marvel and its future is Jane Foster, better known as The Mighty Thor, the heroine who starred in her arc, which was published between 2015 and 2018. At this stage Jane Foster wields the Mjonlir, after that Odinson is unworthy to lift the mythical hammer.

Natalie Portman will return as Dr. Jane Foster in Thor: Love and Thunder, and it appears that Mighty Thor will usher in a new era for Asgard mythology.

Iman Vellani is the newest addition to the Marvel Cinematic Universe, where she plays Kamala Khan, the hero-worshipping teen from Jersey whose life is about to be turned upside down thanks to a special bracelet.

Kamala Kahn is the fourth of the heroines to uphold the mantle of Ms Marvel. Her first appearance was in Captain Marvel #14 (August 2013) created by G. Willow Wilson, Adrian Alphona, Sana Amanat and Stephen Wacker.

Tatiana Maslany joins the ranks of Marvel Studios to play Jennifer Walters, a lawyer and cousin of Bruce Banner, whose emergency blood transfusion from Bruce gives her Hulk-like abilities.

The She-Hulk series will be Jennifer Walters’ first adventure in the MCU, where her assistance as a lawyer will be more than essential.

In the face of the unfortunate death of Chadwick Boseman, the history of Black Panther in the Marvel Cinematic Universe will take a turn when Letitia Wright, who plays Shuri, the sister of T’Challa, assumes the mantle of Black Panther.

Shuri will be the leader of a nation that will enter into a conflict with an ancient kingdom with which old quarrels will revive, in addition to which Shuri will be in charge of representing Wakanda on international stages.

The ladies of the galaxy will also be an important part of the new adventures that Peter Quill’s team goes through in the Marvel Cinematic Universe.

Nebula is the one who has presented an important change, from being an adopted daughter of Thanos to a great ally of the Guardians, while Mantis has joined the team as a fundamental piece and it remains to be seen how Gamora “will return”.

One of the most powerful women in the Marvel Universe will be present in the fourth phase of the MCU when Brie Larson returns as Carol Danvers / Captain Marvel, who will be part of a powerful trio with Monica Rambeau and Iman Vellani.

The daughter of Maria Rambeau, the founder of SWORD, debuted in WandaVision, where thanks to the West View anomaly she managed to alter her molecular structure to have powers, which she will learn to control thanks to the Skrull race.

Scott Lang’s partner returned from her five-year absence to join the final battle against Thanos and is now willing to explore the mysteries surrounding the Quantum Kingdom with Ant-Man, in addition to facing one of the MCU’s great nemesis. , Kang.

The appearance of Agatha Harkness in WandaVision, played by Kathryn Hann, begins to unravel much of the mystery surrounding the Westview anomaly, although the sorceress could become an ally of a more evil being, Mephisto.

Julia Louis-Dreyfus appeared in the fifth episode of the series The Falcon and the Winter Soldier, where it is revealed that she plays Valentina Allegra de la Fontaine, a woman who secretly operates for the United States government.

Valentina not only gave John Walker his new uniform as Agent US, she also gave Yelena Belova the mission to assassinate Clint Barton in the Black Widow post-credits scene. This agent will return for Black Panther: Wakanda Forever, and the Secret Invasion series, where her importance will be relevant to the events of the show that will adapt one of Marvel’s Great Events.

In the Loki series we met this variant of the God of Lies in the second episode. Sylvie, played by Sophia Di Martino, has ambushed TVA timekeepers and agents, from whom she steals their charges to reset the timeline, all to get to the person in charge of the Sacred Timeline, He who remains.

At the end of the first season, Sylvie and Loki manage to find He Who Remains, a variant of Kang the Conqueror, whom they manage to assassinate, but that fact unleashes chaos throughout the Multiverse.

In the comics, Echo debuted in Daredevil #9 (December 1999). Maya Lopez is a deaf Native American who acquires the ability to copy the movements and fighting style of another person, which makes her a great combatant, and in the medium term Echo will lead her series alone.

Dominique Thorne, who will be in charge of giving life to Riri Williams, will make her debut in Black Panther: Wakanda Forever, before heading her solo series.

Yelena Belova was created by Devin Greyson and debuted in the pages of Inhumans #5. Belova was originally a spy trained under the Red Room program and her first mission was to eliminate Natasha Romanoff, but over time the two become allies.

Florence Pugh already has two appearances in the MCU, within the Black Widow movie and the Hawkeye series. Yelena Belova could join either the new generation of Avengers or the recently announced Thunderbolts movie.

Hailee Steinfeld gives us in Hawkeye a fearless but inexperienced version of Kate Bishop, a young archer who as a child was impressed by Hawkeye, who saved her from being attacked by the Chitauri in the invasion of New York in 2012.

After stopping the Tracksuit Mafia, facing off against the Kingpin, and being Clint Barton’s standout student, Kate Bishop is aiming to be the Hawkeye in Marvel Studios’ future.

We couldn’t leave Sue Storm out of this list, one of the pioneers in modern-era comics from The House of Ideas, and a core part of the Fantastic Four, as the wife of Reed Richards and sister of Johnny Storm.

We still do not know the actress who will give life to Sue Storm / Invisible Woman in the MCU, but the chosen one will be an important part of what comes in the future of the Marvel Cinematic Universe.

Do not miss: 5 powerful women who have appeared in the MCU series

Intrigue, suspense and action in Black Widow: The Ties That Bind

Something is very wrong with Natasha: she is… happy?!… Black Widow has been a spy practically all her life. Regardless of whether she worked for the good guys or the bad guys, she has never stopped moving.

Scarlett Johansson tells us about her role as a superhero

Differences between women in comics and those in movies

The powerful poison of the black widow

Scarlett Johansson, the highest paid actress in the world