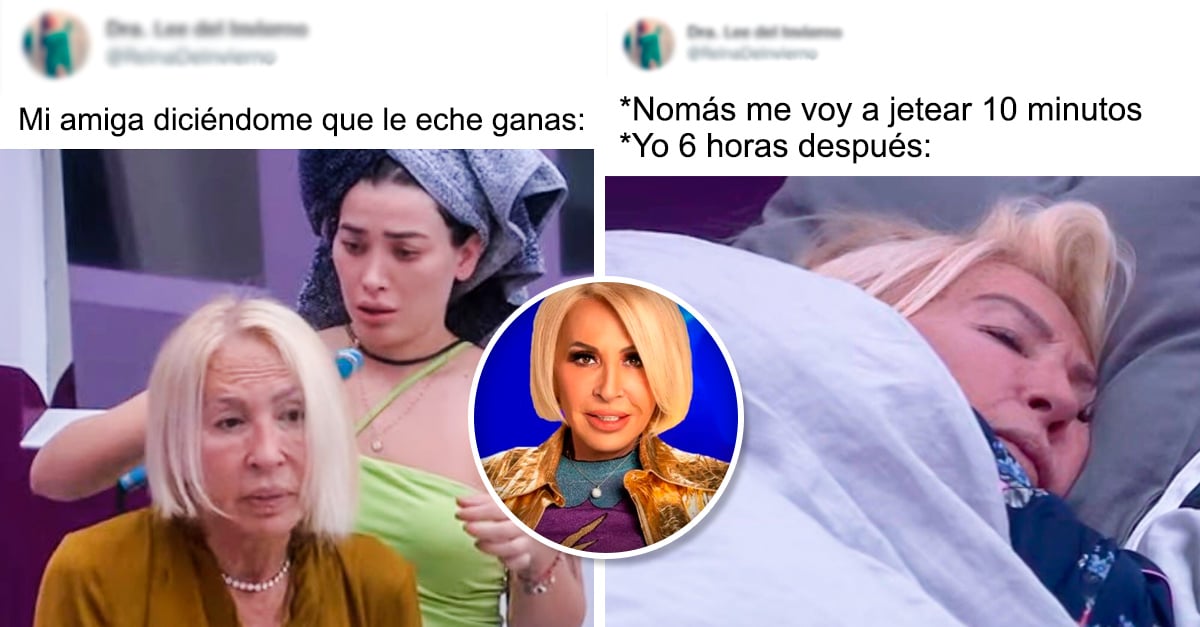 Laura Bozzo is a Peruvian television host who is well known in Mexico for her famous talk show. talk show Laura in America, since it was based on exposing cases and family problems of people who asked for their support to solve them. Miss Laura is known for her famous phrase “Let the unfortunate pass by” or for giving away a sandwich cart to the participants of her Show.

However, recently, social networks have been filled with endless Peruvian memes that have fit perfectly into the situations that we all experience on a daily basis. If you are one of those who wondered why and where did that trendhere we tell you.

It turns out that on May 10 the second season of the house of the famousa Telemundo program that is based on gathering several celebrities in a house and showing what they really are like while they are recorded 24/7, something like the house of big brother.

Before the premiere, the participation of Laura Bozzo was announced, something that the public did not like and caused controversy, since the Peruvian had just faced major legal problems with the Mexican authorities and was a fugitive from justice.

Two weeks after starting the Show, Laura gained relevance despite the fact that the Cuban singer and dancer Niurka Marcos was also there, who is known for always raising controversy, either with her statements or her attitude. The actions inside the presenter’s house became a success on social networks, where users did not hesitate to turn them into a series of funny memes. Here is a list of the most popular ones.

1. Laura represents me in life

laura bozzo you are my constant mood pic.twitter.com/Ba0lvS86mD

2. A resounding 6, without a doubt

Telemundo: We brought in Laura Bozzo to create controversy and content.

Physically in my house, spiritually I see myself as Laura Bozzo in a swimming pool. pic.twitter.com/8xrAiETJc1

I identify a lot with Laura Bozzo because if they took me to La Casa de los Famosos, this would be what they would see me do 24/7 too. pic.twitter.com/5viAWqwqBP

The best Chayanne memes that Father’s Day left us