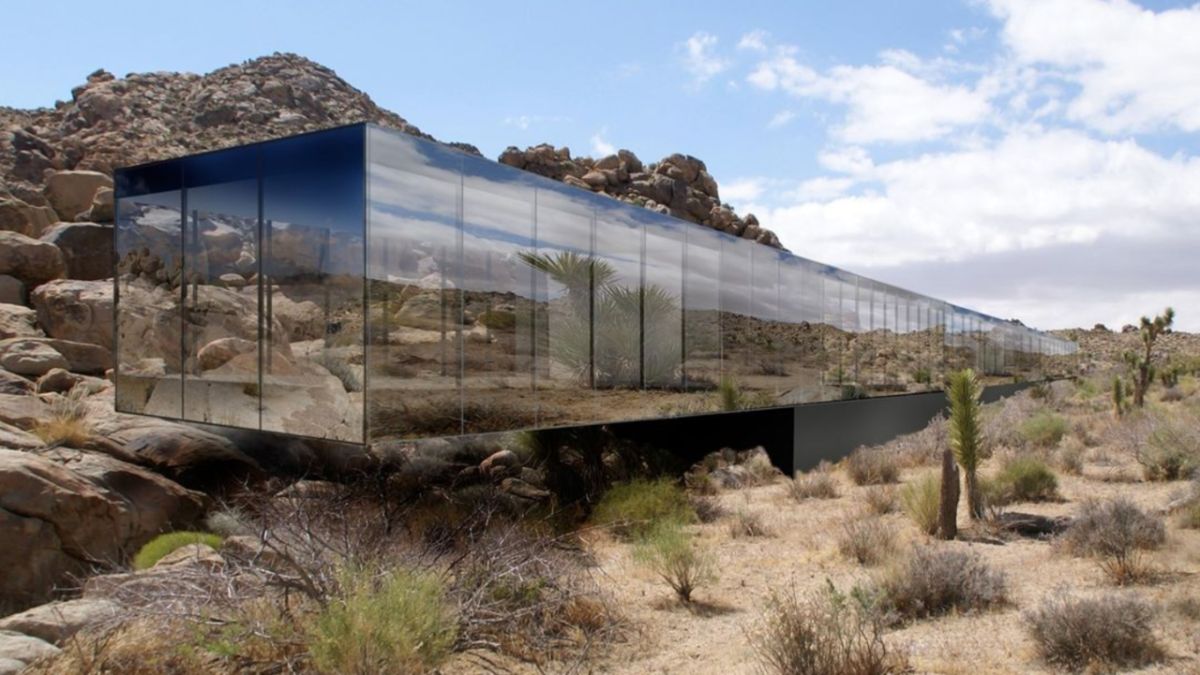 The California real estate market began with a firm step in 2023, when it became known that one of the most spectacular and coveted mansions in the state was put up for sale, the one known as Invisible Housewhich is located in the Mojave desert and draws attention for its architecture and for having been visited by any number of celebrities.

The property, which has more than 33,000 followers on Instagram and was built in 2020, was launched on the market due to the chilling amount of $18 million dollarsTherefore, not everyone will be able to afford to acquire it, even if it is the object of everyone’s desire.

The property, which currently belongs to the film producer chris hanley and was built by thomas osinskiis rectangular in shape and is said to be invisible because its façade is lined with mirrors, which makes one believe that there is nothing there, but there is.

The magic does not end with the exterior façade, since all the people who are inside can enjoy enviable landscapes, including the sunset, without having to expose themselves to the intense rays of the sun.

According to various media, specialized in the sale of real estate, the house has an extension of more than 5,500 square feetwith four bedrooms and three bathrooms.

It is completed by a hall, kitchen, dining room, living room, main room, indoor pool, among other rooms.

Outside, on his lot 90 acreshas hundreds of shrubs and desert plants, as well as spaces for recreation and extends to the Joshua Tree National Park.

To see more photos of this house that looks like something out of a science fiction movie, click here.