The 10 best fantasy movies of all time 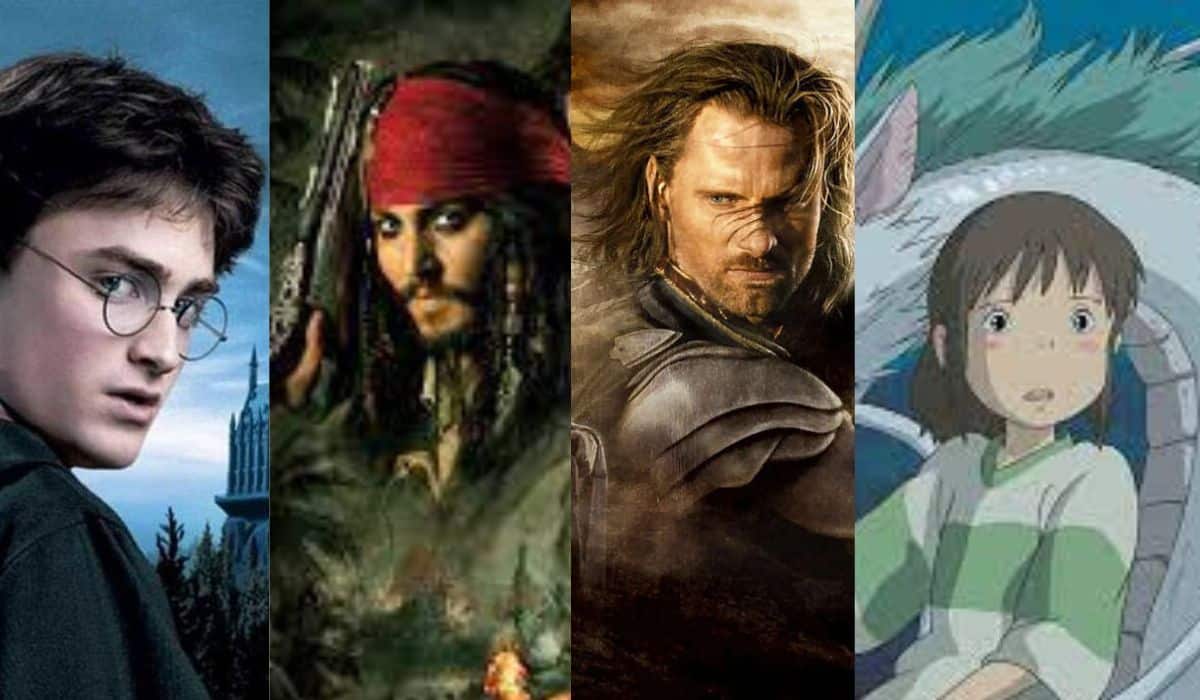 When we talk about fantasy, we are getting fully into a world of multiple opportunities, in which the creator can set their own rules and offer us multiple possibilities. We know many fantasy worlds, in books, movies and video games, among others, but today we are going to focus on movies, which we have a lot to choose from.

Without a doubt, fantasy is one of the best film genres. If you want to have the best images of these fantasy worlds, don’t hesitate to use sp.depositphotos.comthe best photo bank of the moment.

Fantasy movies: These are the 10 best movies of all time

One way or another, we’ve had a lot of fantasy movies to choose from over the last few decades, so this isn’t going to be easy. Of course, we ask you not to take this as a competition, this post is written based on the tastes of a person, and, therefore, this top is subjective, that no one be scared if there is a movie missing or another one. To avoid suspicion, we will make this top without positions:

The Lord of the Rings trilogy

Does it surprise you? Should not, Peter Jackson managed to create one of the most epic fantasy sagas in history, this was in 2001, but despite that, well into 2022, the Lord of the Rings movies have aged so well and their success was such that replicated this formula again with ‘The Hobbit’ trilogy, and soon we will have a series based on this fantasy world created by Tolkien. After more than 20 years, no fantasy film saga has ever been created that embraces a story with such passion and affection.

The neverending story marked a before and after in a whole generation, the film that was released in 1984, Atreyu’s story marked the fans of the 80s. Without a doubt we find one of the best deliveries of fantasy history, which has a total of 3 movies. Have you seen them all?

Pirates of the Caribbean

Even though now Johnny Depp is news for other reasons, it is undeniable that we are all fans of pirate stories thanks to Jack Sparrow and their stories. The 5 films, despite the fact that they may be better or worse valued by the public, are films that are already part of our history. What is your favorite movie of the saga?

I have not met anyone who has seen this movie and who has not laughed and cried in equal parts. I put you in context, a knight is determined to kill the last dragon, and this one is shown to him with an open heart, and this creates a connection that will change everything. It’s a movie that, as far as fantasy is concerned, is about knights and dragons, but it’s also about friendship, love and loss. In addition, it has one of the best soundtracks that have been made in a long time, Randy Elman and his ‘To the Stars’ will always accompany those who have seen this film.

a monster comes to see me

Directed by John Anthony Bayonne, a monster comes to see me mixes fantasy and reality, and deals in an exceptional way with coping with the end of childhood, which sometimes comes sooner than expected. We are facing an emotional journey, which takes us from childhood to the adult world, accompanied by the inevitable loss. Liam Neeson brings to life the monster that visits Connorbut this monster has not come to scare him, it has come to save him.

Who cheated on roger rabbit?

a detective named Eddy Valiant plunges into a fantasy world animated by Roger Rabbit, the star of the moment, has been falsely accused of murder, and he is the only one who can help him prove his innocence. The fantasy concept is perfectly reflected in this universe, since we have a multitude of familiar faces, from different studios, who coexist with each other.

Guillermo del Toro gave meaning through fantasy, an approach from a poetic and quite subjective perspective to the open wounds left by the events that occurred during the Spanish Civil War. This will make a girl, a regular reader of fairy tales, discover that her refuge is something else, it is a portal with views of horror.

It was difficult to separate these films, as in the case of The Lord of the Rings, that is why we collect it as a saga. Harry Potter is an adaptation of a fantasy world in which wizards and witches secretly live in a world of humans. Beyond his films, which are a visual spectacle, I want to highlight the fandom behind these films, which today is one of the largest in history, which makes this saga of films remain alive over time.

The Chronicles of Narnia

A most popular story, some children are taken to a teacher’s house to protect themselves from Nazi bombing. They discover that one of the cabinets leads to another world, in which all kinds of fantasy beings inhabit it. These children will help a Lion named Aslan to free their world from eternal winter, which has been caused by an evil witch.

Anime has a place in the fantasy genre, and Spirited Away is proof of it. This work of the legendary Hayao Miyazaki and studio gihbli tells us a most peculiar story. A young woman is transported with her family to the world of Kami, this belongs to the Shinto folklore of the Asian country.

Her parents turn into pigs and Chihiro sets out to save them so she can return to her kingdom. Without a doubt, we are facing one of the best films of the genre in this century.

What did you think of the ranking? Which would you add?

The best and worst outfits on Billboard 2022

Marvel finally reveals the timeline of Phase 4 of the MCU

Selena Gomez shows her most vulnerable side in “My Mind & Me”, an AppleTV documentary