Namor’s projects that failed in film and TV 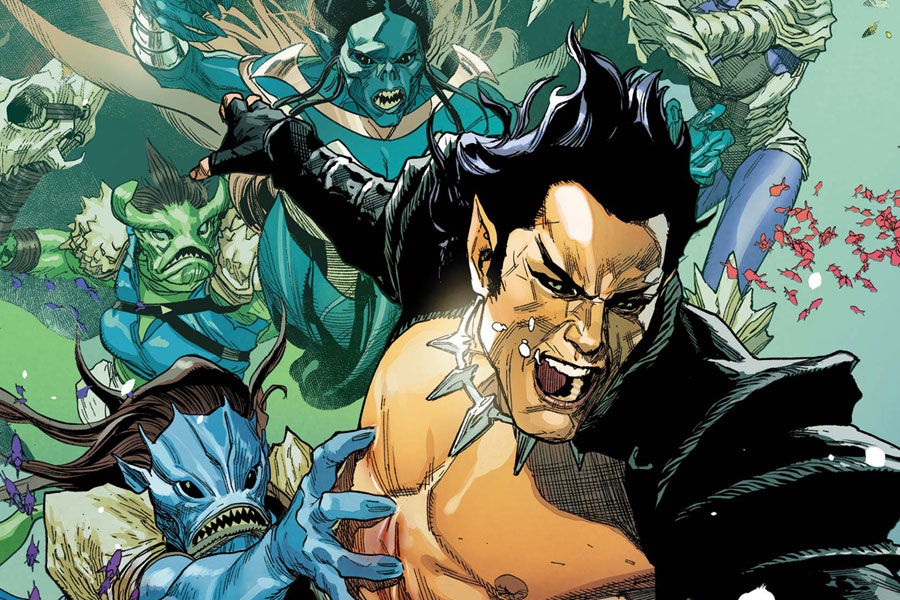 Namor could be the first Marvel character with a series, but one by one, the character’s projects have been falling, including in cinema.

Created by Bill Everett in 1931, he is the oldest Marvel character, since his adventures began years before Timely Comics even existed, the publisher that later bought his rights and was eventually renamed Marvel Comics. But Namor could also be the first Marvel character with a TV series, and could also make it to the movies before Black Panther: Wanda Forever.

Do not stop reading: A Namor cosplay that convinces us

In 1953 or 1954, according to Bill Everett himself, they sought them out to propose adapting Namor for television, following the success of the Superman program with George Reeves. The actor chosen by the producers was Richard Egan, popular at the time in film noir and westerns.

Although only a few testimonies are known about this project, mainly from Everett, coincidentally at the same time, Marvel (then called Atlas Comics) revived their characters Captain America and Namor. Could it be that a TV series would increase the sales of Namor’s comics and other marketing?

Namor, not in cinema either

The project of bringing Namor to the cinema for the first time was entrusted to Philip Kaufman, known for The Unbearable Lightness of Being, The Chosen Ones of Glory or Forbidden Letters. However, the script underwent several rewrites and production was delayed until it was announced to be shot in 2003 for a spring 2004 release.

Then came more setbacks and in 2005 it was announced that the aforementioned Chris Columbus would be in charge of directing Namor’s new film project. In September 2006, rights holder Universal Pictures announced that director Jonathan Mostow (Terminator 3: Rise of the Machines) would rewrite and direct the film. In 2009 it was reported that the project had not progressed.

In 2014, Kevin Feige mentioned that the rights to Namor belonged to Marvel and not Universal:

“It’s a little more complicated than that. Let’s put it this way: there are entanglements that make it less easy. There are older contracts that still involve other parties, which means we need to work things out before moving forward. Unlike Iron Man or any of the Avengers or any of the other Marvel characters where we could just use them.”

Based on these statements, it has been repeatedly commented that, although the rights to the character belong to Marvel, the distribution rights belong to Universal, in the same way as the rights to the Hulk, which makes it difficult to make a solo film of one of them. these two characters.

On Screen Rant, it reads: “Since Marvel has said they own the rights to Namor, it seems likely that even if Marvel can’t make a movie, they can still include him in the MCU. Namor is rumored to be the villain of Black Panther 2, which would make sense considering the deep animosity shared between Namor and Black Panther in the comics and the turbulent history between their respective kingdoms.”

Recently, this news seems to be confirmed, and the character would appear with a Mesoamerican appearance played by Tenoch Huerta. And while he hasn’t clarified the current status of the character’s rights, in the comics Namor is often a great sidekick to other Marvel characters and isn’t as effective when he fronts his own stories.

Galactus is ready to feast and only Reed Richards can save the people of Nu-World.

Sue Richards is the mediator between the lost tribe of Old Atlantis and Prince Namor, who is eager for ancient revenge.

Johnny Storm and Ben Grimm are the last line of defense against a new Annihilation Wave coming through the Baxter Building’s Negative Zone portal.

And in the end, one of these heroes will die!

Brendan Fraser will be honored at the Santa Barbara Film Festival

University students give groceries and money money to a colleague

The Infinity Stones were not part of the MCU in the beginning: James Gunn