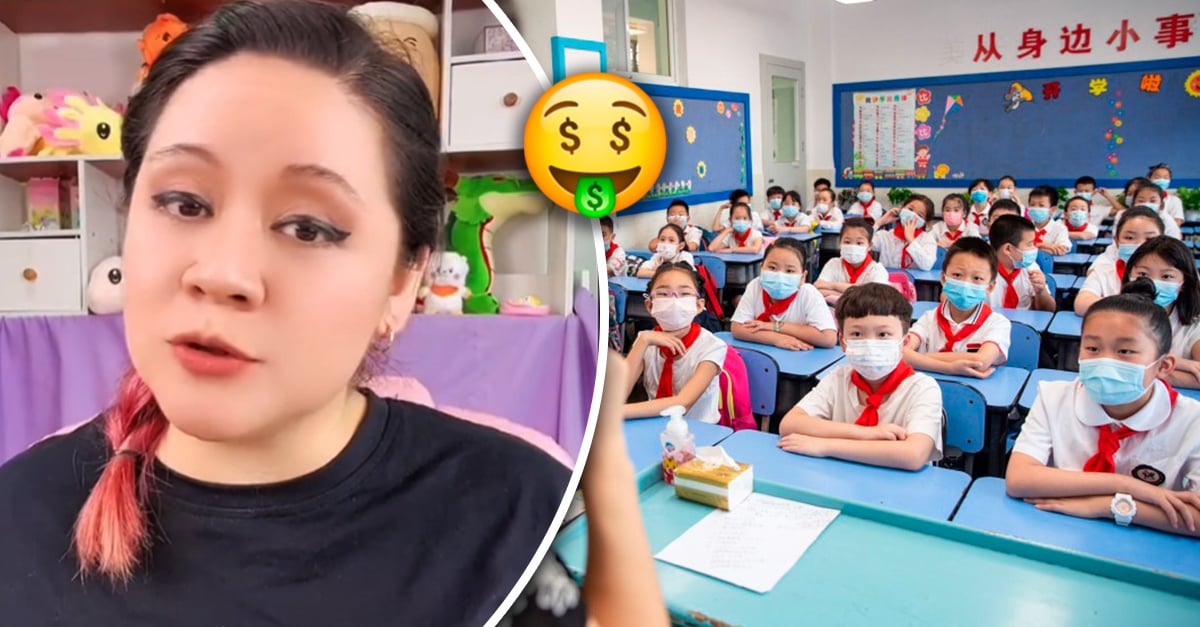 Migrating to the United States for a well-paying, full-service job is a thing of the past, now it’s time to settle in China, just like TikTok user @lindoloto did, who said she made $92 an hour ( 1700 Mexican pesos) giving Spanish classes to natives of the eastern country.

@lindoloto also explained to his followers that his decision to travel abroad was not easy at all. However, finding work in Mexico was extremely difficult for him and, once he did, the salary he earned was not enough to pay the bills and become independent.

Through her TikTok account, @lindoloto shared that in Mexico, already having a degree and with three certified languages, she only managed to get a job with a salary of six thousand pesos a month, a little more than $300, money that was not always enough. to cover their expenses and help at home. That is why she chose to look for a new opportunity and move to China, where in just one week she got a job as an English teacher.

In her experience as a teacher in China, she has earned up to 1,700 Mexican pesos (86.52 dollars) per hour teaching Spanish and/or English. Currently, he has been living in the foreign country for more than 10 years and has no plans to return, since in his native country he would never obtain a salary similar to the one he has in China and not because of lack of preparation or experience, but because of lack of opportunities and other factors. .

@lindoloto also shared that due to a friend, he made the decision to travel abroad, since she told him about her experience in the eastern country.

She first had to contact a university, then she took an online interview, spent more than seven months saving, and even took on extra jobs to make her dream come true. Upon arriving in China, he combined studies with work and from then on, his life changed completely, eventually settling down.