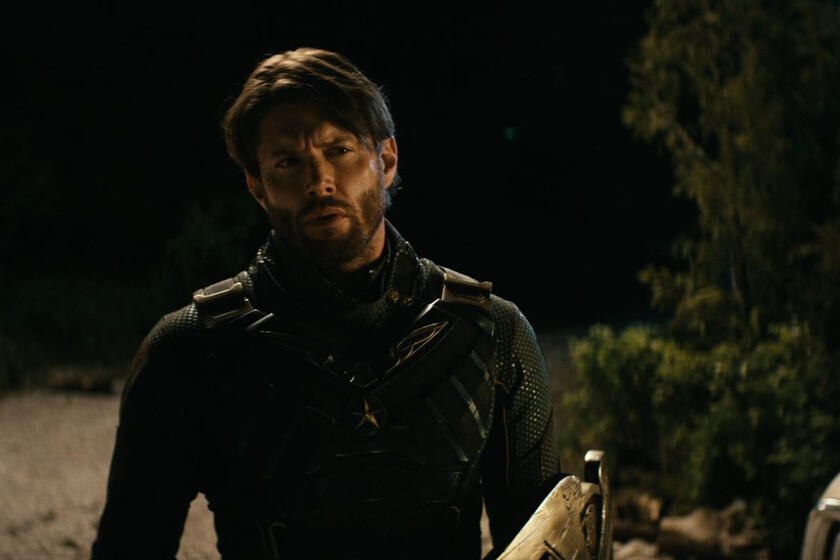 It almost seems like it was yesterday when the third season of ‘The Boys’ premiered and we only have three more episodes left to see before its finale. The fifth did not cease to be a kind of transition to what is to come, but that does not mean that it was full of great moments and also juicy details about its protagonists.

Spoilers for the episode from here.

Anything goes for Butcher


The superhero played by Jensen Ackles has finally had a greater presence in ‘The last time to contemplate this world of lies‘, first messing around the world and then agreeing to an unexpected alliance with Billy Butcher when it seemed the real target was someone else.

There it has become clear again how far the character played by Karl Urban to achieve his goal of ending Patriota, but there was no longer the slightest doubt that everything was worth after having temporary powers accepted as normal.

The fact of sleeping with Maeve is also another proof of the spiral in which he has fallen and from which he may not be able to get out. There is a small note that implies that all her humanity has not been lost when she remembers Lenny seeing Hughie vomiting, but I get that it’s more of a mirage than anything else.

the character of Anthony Starr he basically roams free for most of the episode. No one has the guts to deal with him at Vought anymore, but here the mirage is precisely that idea that everyone adores him. That face to face with Maeve is the last reminder of how much she hates him, but it will be necessary to see the price that she will have to pay for her attempt to finish him off.

In fact, things are looking very bad for Maeve because of the obvious parallel between Patriot and Soldier Boy at the end of the episode when the latter mercilessly liquidates the Crimson Countess after having a very similar conversation with her that Patriot and Maeve had minutes before.

In this way, Soldier Boy is basically equated with Patriot, so it is logical to see him as the necessary weapon to bring down the latter, but things could get even more complicated if there were a hypothetical alliance between the two. Fortunately, Patriot’s ego makes it almost impossible for something like this to happen.

Until now, Hughie had represented that oasis of morality and righteousness that the series needed in order not to sink completely into absolute cynicism. Ok, it is true that there are other characters that contribute on that side, from the luminosity of Starlight to the rectitude of Maternal Milk, not to forget the new objective of Kimiko and Frenchie -unforgettable that little musical moment that they both share in this episode! -, but the moral axis was him and that has blown up.

In ‘The last time to contemplate this world of lies’ we see a new face of the character of Jack Quaid that we already intuited in the previous episode. It is no longer just that he presents early symptoms of addiction, it is that it is leading him to act in a way that we did not expect of him, thus placing himself much closer to being a new Butcher than that kind and charming person.

That ending leaving Starlight behind could be definitive -The excuse of protecting her is no longer useful, something that could be understood after what happened in the first episode of the series-, but it is above all painful because of what it tells us about him. Because one thing is what he implied before wanting to stop being useless in these dangerous situations and another that endorses the crazy plan to use Soldier Boy to stop Patriota.

The awkwardness of A-Train

There is a very illustrative scene in this episode about the current state of A-Train, who little by little has been losing presence within The Seven and seemed destined to end up outside the group. I mean the moment when Starlight blurts out why he’s so desperate to be with people who hate him. Zero doubts about that after his confrontation with Profundo from the previous chapter.

That encounter with Halcón Azul sold as a privilege should serve so that the character played by Jessie T Usher. And it is that for Patriota there is no longer a possible redemption, but in his case there could still be some margin for it and the great doubt that remains is what attitude he will take. If he had access to his powers again, there is no doubt that he would be a despicable being again, but the reality for him is already different.

“Emancipation”, the film that marks the return of Will Smith to the cinema, was screened for the first time

In September movie tickets in Mexico will be $29

Before being June in ‘The Handmaid’s Tale’, Elisabeth Moss solved crimes in this fabulous series that you can watch for free until September 1