Season 3 (2022) Review: a masterful season on Disney plus 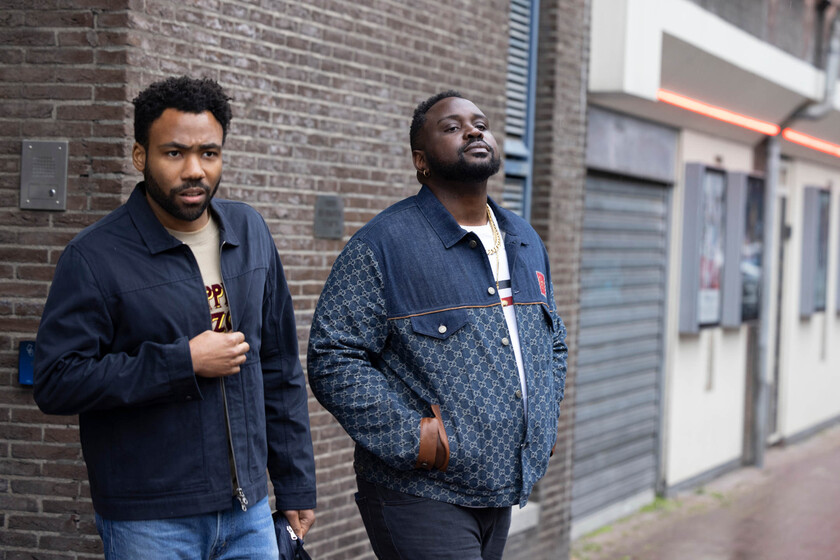 One would think that after four years without seeing Earn, Paper Boi and company, Donald Glover would immediately dive into recounting his promised European tour in season 3 of ‘Atlanta’ (finally coming to Disney+). Nothing is further from reality.

And it is that Glover decides to start the new episodes with ‘Three slaps’, an episode inspired by the true case of the hart family murders, when in 2018 a white couple decided to drive their car off a cliff, killing themselves and their six adopted children, all of them of color. It is not until the final scene when we see our protagonist in a hotel room.

This magnificent episode —written by Stephen Glover and directed by Hiro Murai—, with its thriller/horror touch, is a reminder that this series, first and foremost, talk about the experience of being black and the current and not so changing debate on racism.

With its usual surreal tone, the speech is never a simple “racism is bad” but the series likes to explore how absurd the world becomes as soon as we pay attention to race. Glover does a tug of war with the viewer, to the one who tells things but doesn’t chew them up. The message is there but perhaps a second viewing will help to deepen it.

Thus, on the one hand we have the experiences in Europe of Paper Boi (Bryan Tyree Henry), Earn (Glover), Darius (Lakeith Stanfield) and Van (Zazie Beetz) where seems to highlight culture shock and European perspective around it (we have, for example, black face on Christmas holidays), and on the other we go to the United States to see loose stories in an anthological way.

Although this strategy of practically interspersed episodes can cause the feeling of disconnection in the plot (and even in themes), I don’t think it really hurts the series. Since the first season (and I recognize that it took me a long time to get into his game), ‘Atlanta’ has always wanted to be different, experiment with the format, jump, play.

We know what we’re going for and Glover and company decide to take another step in a direction they were already going while this European tour proposes a search for identity not so much of the series but of its characters. Especially Paper Boi (which is the closest thing to a protagonist that we have) and Van.

The more than solid cast also helps. Both this gang of four and those chosen for the “anthology” episodes are sensational, putting on some great performances.

The series does not forget its comedy status either and both Donald Glover and his brother Stephen and the rest of the writers know well how to execute, within the peculiar style that we find ourselves, excellent gags. Some more to hit hard and others to let go and see if it stings. And it works very well.

Glover said some time ago that these final seasons (the fourth will be the last) were going to be the best that has been done on television. I don’t know if what remains of the series will be, but the level of this season 3 of ‘Atlanta’ has been absolutely masterful.

The series, which finally has a decent broadcast in Spain (somewhat later than I would like), strongly claims a position among the best current comedies. Too bad the Emmys didn’t give her some more love.

Total cuteness; a little one enjoys his presentation to the fullest