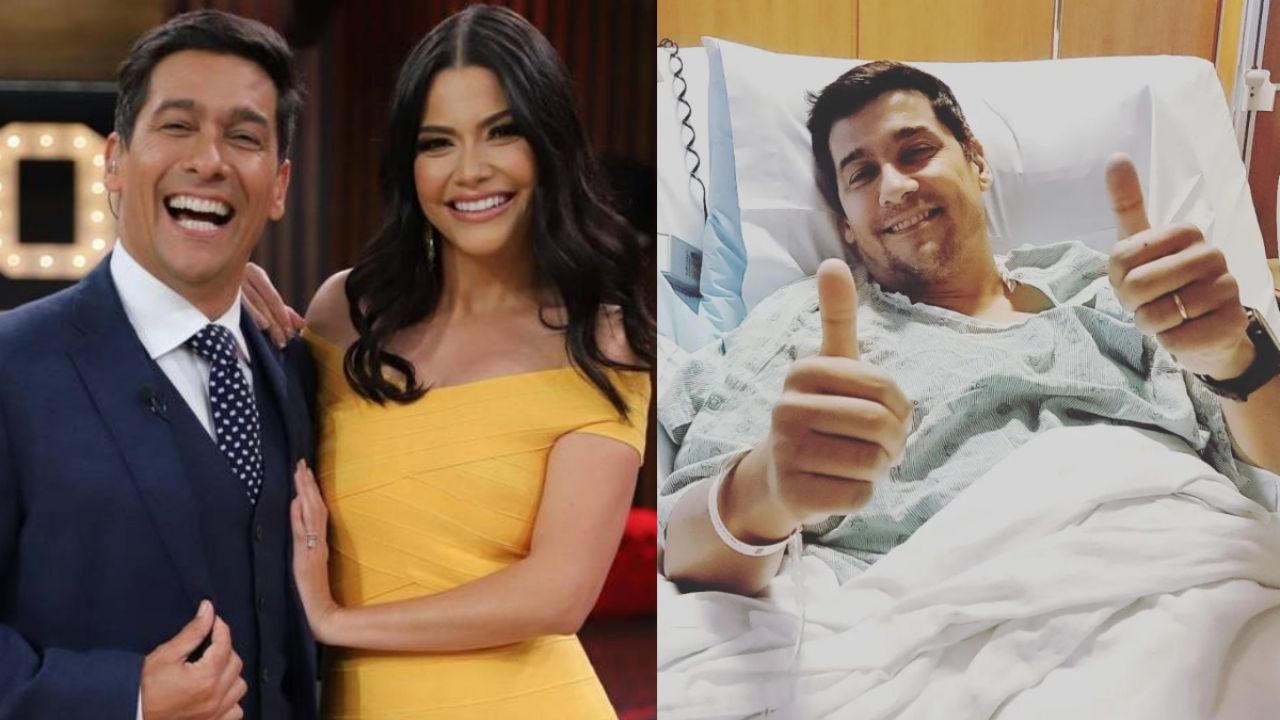 “What happened to Raphael Araneda?” Was the question that many of his fans asked themselves in recent days after it was reported last weekend that the host of Falling in love USA had to be hospitalized and operated on an emergency in a hospital. Later it was learned that the Chilean had to be absent from the show due to a delicate health problem, which would have left speechless.

Due to the concern of his followers, it was Araneda himself who decided to break the silence after undergoing urgent surgery. He did it through an Instagram post in which he revealed what his current condition is.

What is the state of health of Rafael Araneda?

The driver was seen again on June 21 through a photograph in which he appears smiling and in bed, supposedly already at home. There, he said that he is still continuing his recovery process after an “unusual pain” in his throat surprised them since last Wednesday the 15th.

“With all my heart, thank you very much for all the signs of affection and the good energies that you have sent me and continue to arrive,” he wrote.

Araneda began by wishing everyone a Happy Father’s Day, only to later reveal that in one of the studies performed by the doctors, “a little surprise” appeared: a polyp that had to be removed immediately.

Fortunately, the presenter said he was fine after entering the operating room and that now all that remains is to wait for them to finish providing the necessary care.

“I tell you that they have helped me a lot to be a little better and more comfortable every day. I continue in silent mode and post-surgery rest,” he added in his publication.

Given the good news, his followers have left him messages of support and affection and asked him when he will return to the program. At the insistence, Araneda wanted to please his fans by appearing in the last episode of the show this season. However, the presenter could not speak, because he is still in recovery, so he only communicated through gestures and posters.

“Today in silence and only with gestures and texts, I went to greet the tremendous team of @enamorandonosusa and also participated for a few minutes in the beginning of the show with @anapatriciatv @milynette. Always grateful for the love and to continue the recovery!!! August 22!!“He wrote on his Instagram.

Jungkook is on the streets all over Korea before his birthday

George Pérez, the legend of the comic industry, died