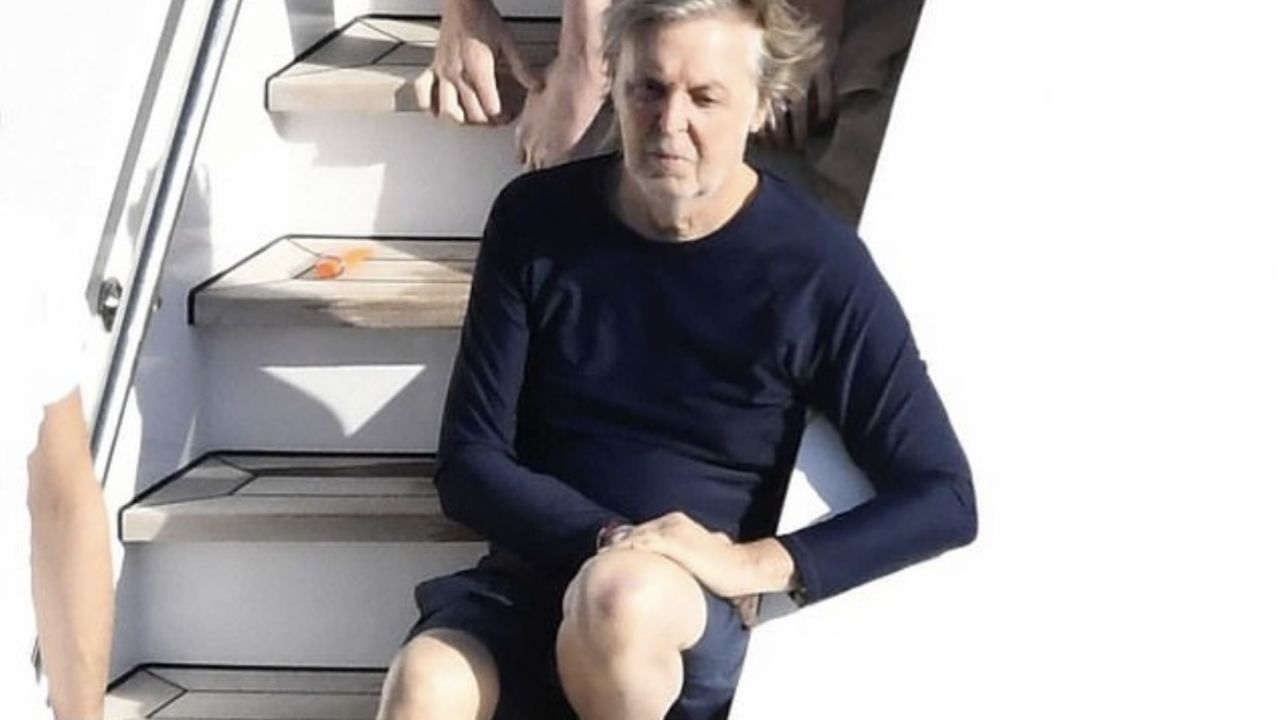 Paul McCartney celebrated his 80th birthday accompanied by his entire family on a luxury yacht in Mykonos, Greece, a week before appearing at the Glastonbury festival.

Aboard the boat were his wife Nancy Shevell, 62, their daughters Stella, 50, and Mary, 52, Stella’s husband Alasdhair, and Mary’s sons Arthur and Elliot.

The former Beatle was seen joking with his wife after taking a dip in the sea, while fashion designer Stella McCartney was captured holding on to a rope to get in and out of the water.

Next Saturday, Sir Paul will become the oldest soloist to headline the UK’s Glastonbury festival.

Dressed simply in a white shirt and dark trousers, Sir Paul looked happy as he opened the presents his family gave him on this important day.

The musician was congratulated by a large number of celebrities who wished him a happy birthday through messages posted on his social networks.

Yoko took to Twitter to share a photo of her and the birthday boy. Alongside the image, she wrote “Dear Paul, Happy 80th birthday and many, many more! From a fellow in peace…love yoko.”

While fellow Beatles star Ringo Starr uploaded an image of himself holding up a peace sign with the following message:

“They say it’s your birthday on Saturday happy birthday Paul I love you man have a great day peace and love Ringo and Barbara.”

Meanwhile, Rolling Stones rocker Ronnie Wood has shared on Instagram a series of photos of him and Paul over the years, with some images including Paul’s first wife, Linda, and Ronnie’s wife. , Sally. He wrote: “Wishing @paulmccartney a very happy 80th birthday!”

Meanwhile, the official Beatles Twitter account shared a video of Paul over the years, both as a solo artist and with bandmates Ringo Star, John Lennon and George Harrison.

The House of Gucci: Blu-Ray Review