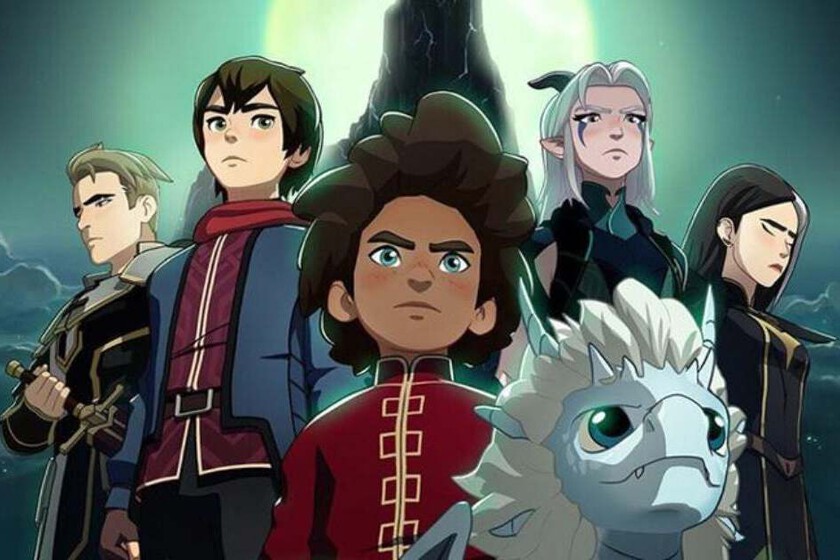 The wait between seasons of ‘The Dragon Prince’ It takes forever, but so far it has always been very worthwhile. With three seasons behind her, the animated series already has seven seasons guaranteed to complete the fantasy sagaand finally we have been able to see a first teaser of the new chapters.

‘The mystery of Aaravos’

Unfortunately from Netflix they still have all the mysteries of the fourth season well kept and we have hardly been able to see anything in this first teaser. Of course, they are already anticipating that Aaravos may go on to carry more weight in the story and perhaps replace Viren as the main villain of the season.

It seems that this fourth season will revolve around the mystery that Aaravos poses, who is the reality of this star elf and what are his goals. And of course, what the protagonists will have to do to stop him. Although until now aaravos had been kept in the shadows, with ‘The Mystery of Aaravos’ Netflix promising that it “will draw the spotlight and reclaim the magical kingdom of Xadia.”

The third season premiered in 2019 and the series has been on hiatus ever since. For now a specific date has not been confirmed but the teaser promises that ‘The Dragon Prince’ will return “soon”so now it’s time to cross our fingers to see if we’re lucky and the new chapters actually arrive during 2022 as anticipated a few months ago.

‘The Dragon Prince‘ is a fantasy CGI animated series created by Aaron Shasz and Justin Richmond and directed by Giancarlo Volpe (‘Avatar: The Last Airbender’). The plot revolves around the human princes Callum and Ezran and the elf Raylawho despite belonging to different factions of a millennial conflict must join forces to take care of the dragon prince Azymondias.